Akai Professional has been on quite a winning streak with a line of controllers that both look incredible, while at the same time sporting some very thoughtful extra features. In this quick review, I’d like to draw your attention to two of the new, USB controllers from Akai, the MPD218, and MPD226. Let’s take a look together and see how both devices work great for both your computer... and iOS.

Let’s get it out of the way, first: the pads are amazing. I am thoroughly impressed, when in either the normal velocity-sensitive mode, or when I’m pressing the very helpful, FULL LEVEL button (which makes every pad hit at the highest level, no matter how hard you hit it). I quickly found myself having some really wonderful jam sessions with drum patches, arp patches and pads, alike. I even found myself playing a lot of chords, which I normally reserve for keyboard controllers, as opposed to pad controllers, but these felt really good, and the layout and mappings, by default were very comfortable for me. And, the pads are locked down tight. The rigidity, when the units are off, before you play them, makes you think they are going to be the usual, insensitive stiffness. But, when you start actually using them, they feel great, while still giving you a feeling of solidity. Not an easy accomplishment with pad controllers, in my experience. 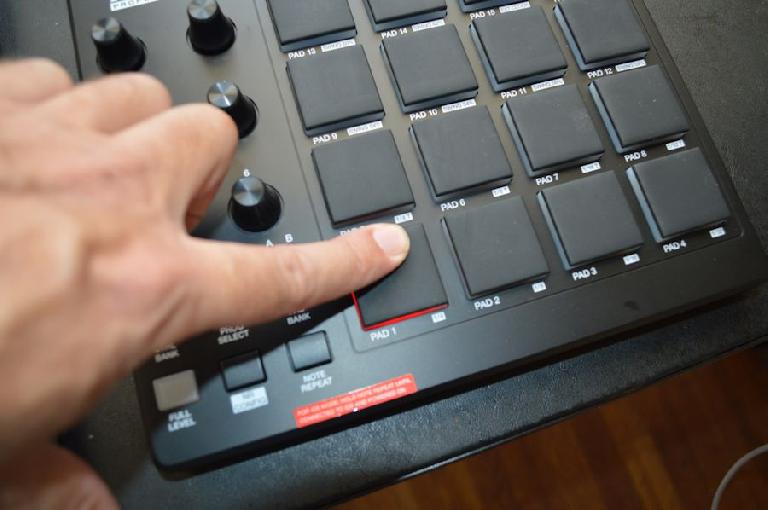 The illuminated pads feel solid and are a joy to play.

Both the MPDs feature backlit pads, which are quite handsome to look at, and change color based on the banks you’re working on, and of course, change when pressed. The only big difference in the pads, between the 218 and 226, is that the 218 pads only illuminate when pressed. Where the 226 pads are always on, and change based on the Pad Banks A-D, which all have different colors.

In addition to a lot of pads, there are also some knobs and sliders. The MPD226 sports four pots, as well as four faders, along with a transport. The MPD218 sports 6 pots. The pots on both units glide like butter and are recessed enough that you’re going to have to work to pop one off. The faders on the 226 actually feel just a hair fragile. If you pick up an MPD226, be careful, these could easily snap off. Both units have multiple control banks, as well. So, the amount of knobs and faders, however limited they may seem, is arbitrary, as you can just shift over and assign to the next set of knobs, or sliders, at will. 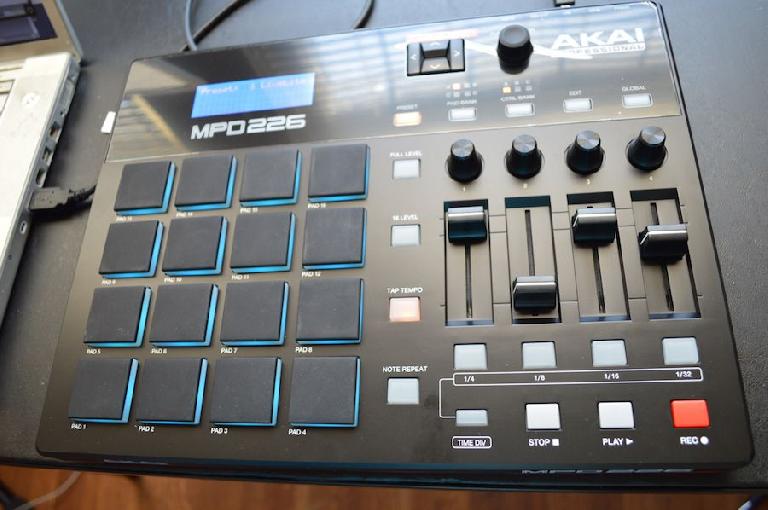 The MPD226 sports four pots, as well as four faders, along with a transport.

Both units feature Note Repeat, a built-in function that repeats the note of the pad pressed in the user selected time divisions 1/4–1/32. This particular function is a lot of fun, as you can use it very similarly to an arpeggiator to build up bass lines, stutter samples, and fill in a very precise hi-hat. You can even get a little glitchy, by shooting up to the 32nd note time division, and wreck everything.

The MPD226’s backlit, digital display comes in extremely handy, as the internal mapping is full featured enough to allow you to modify mappings, assign individual pads to other MIDI channels, modify pad modes from Momentary to Toggles, and even assign a specific color to certain pads. 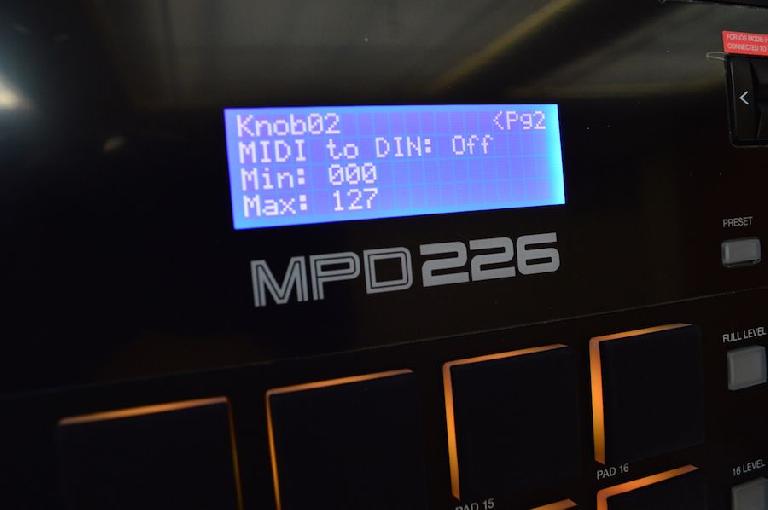 The MPD218 actually has some programming available to it, despite the lack of backlit screen. There’s even a built-in Swing Functionality with this unit that allows you to swing the note repeat between 6 different percentage settings (off-62%), should you prefer your note repetitions a little loose.

The MPD218 and MPD226 both come with expected software like Ableton Live Lite, so no big surprise there. However, you’ll be pleased to know that Big Bang Drums 2 and Big Bang Cinema Production 2 are also included. In addition, there is a full featured software editor, should you prefer to go a little deeper than what the frontal interface is willing to offer.

Considering both units were automatically detected and set up within Ableton Live, while Live was on, just hooking up the USB controller, I’d have to say that Akai has definitely upped the polish level. Setup for these controllers are almost non-existent. That being said, these are great controllers for artists and DJs who are still new to the game. However, old-schoolers, especially where the MPD226 is concerned, will enjoy a full featured controller with high-configurability, and MIDI In and Out, through the two 1/8” to 5-pin DIN adapters that come with the MPD226. Sadly, no MIDI out on the MPD218. But, with pads like this, only for the 218’s measly $99 dollars, I think you’ll get by.