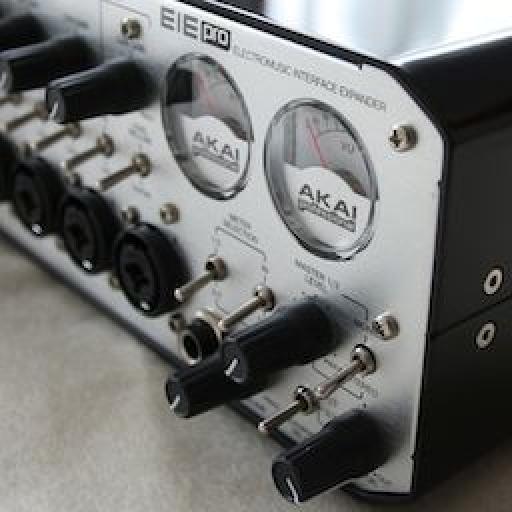 Language
Does Akai's EIE Pro audio interface live up to its tough looks and impressive feature list? Mo Volans takes this metallic monster into the review bunker and gives it a thorough work out.

I've been using Akai equipment since the 90s when their flagship samplers weren't just popular but an absolutely essential bit of studio kit. Since then, not a huge amount of Akai branded gear has passed through my hands bar a few controller keyboards.

With this in mind, I was glad to see something from Akai coming my way, especially due to the fact it was an audio interface and built like a tank. Here we'll take a look at whether EIE Pro lives up to its tough looks and impressive feature list.

As I mentioned in my opening comments, the Akai EIE Pro build quality has a military grade feel about it. On taking this thing out of the box, I was first struck by the fact it's completely wrapped in metal. This is pretty rare these days and usually only reserved for high-end products. 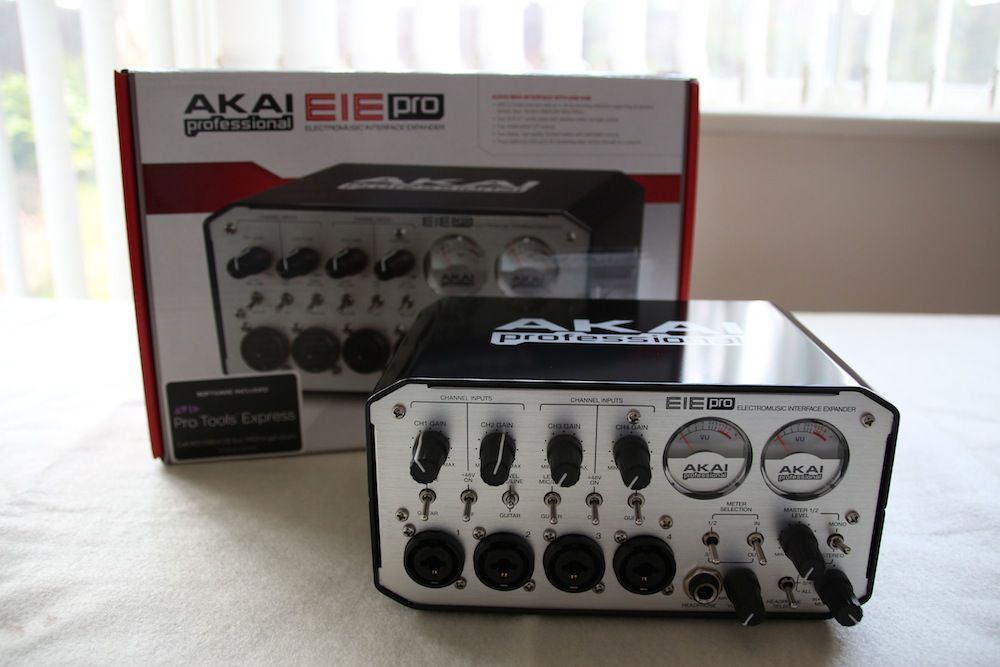 It's not just the case that gets the heavy duty build here either. The inputs, switches, knobs (in fact everything on this thing) all have a distantly bulletproof quality. I would safely say that the EIE Pro would survive being used to record live gigs and rehearsals. Not something that I would use some of the more delicate products out there for. 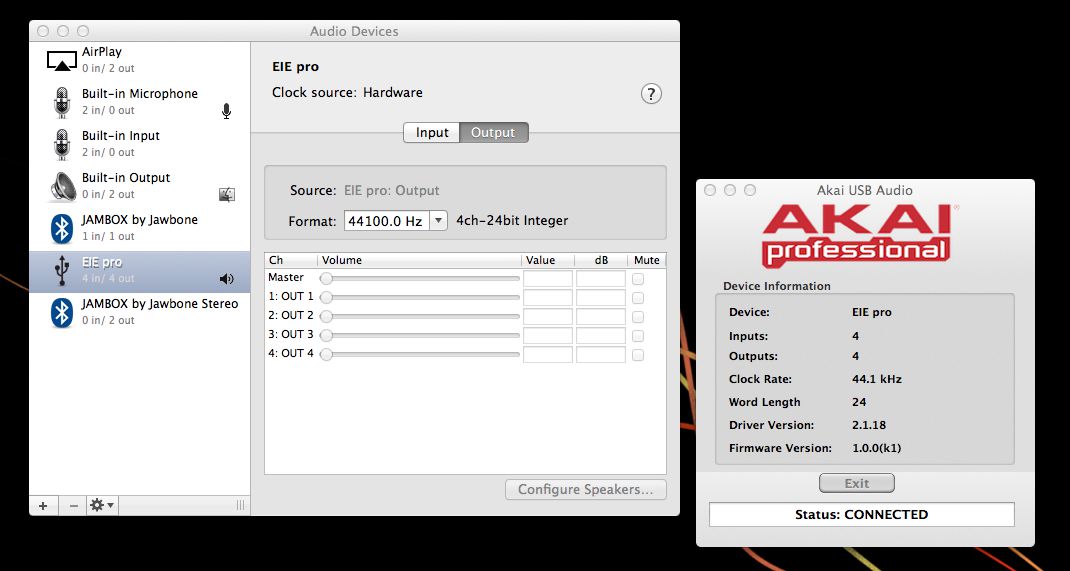 (Pic 1b) The only software here is a simple control panel

I usually have all the facts at hand when I first get a piece of kit to review and this was pretty much the case when the EIE Pro landed. The only thing I didn't know was the price. It was actually quite refreshing checking this out without knowing that key bit of info.

Whichever way you look at it, this is a an absolute bargain (and it comes with Pro Tools Express, too). Some interfaces placed at four times this price point have a far inferior build quality and feature set. Of course, you can't measure an interface on how heavy it is. So how does this thing sound and what can it do?

Let's take a look at the unit's basic specifications. You get USB 2.0 connectivity, 4 ins, 4 outs, 4 inserts, MIDI in and out, 48 V phantom power and vintage style VU metering. On top of this, the EIE sports are really innovative yet simple feature. On the rear, you will find three powered USB ports. This means not only do you free up the port that the Akai is using but you also gain two more. 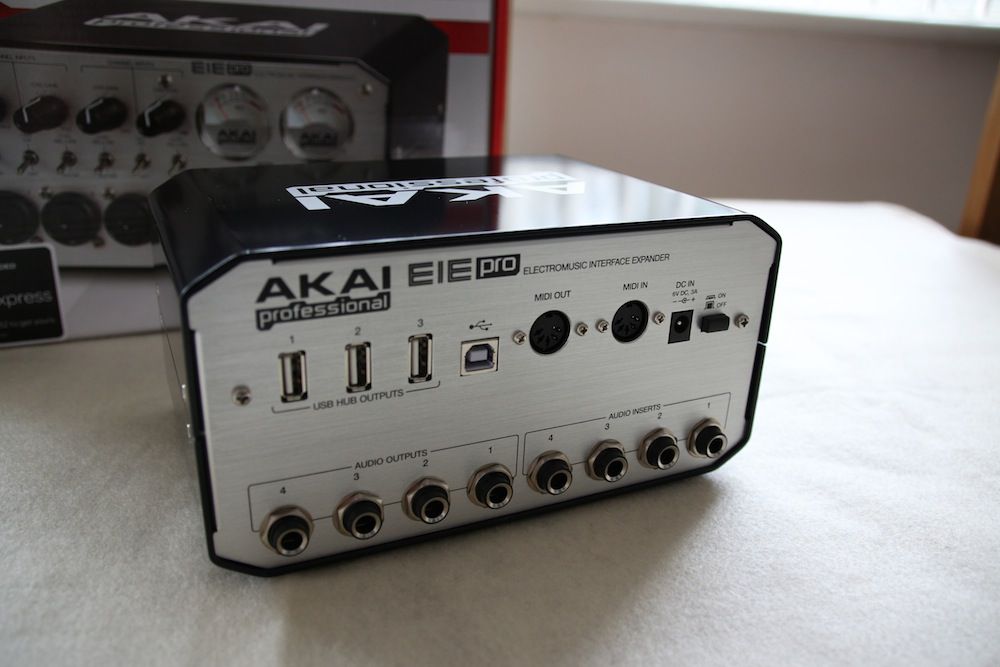 The VU metering is also pretty cool. It's illuminated as soon as the unit is powered in a cool blue but induce an input overload during recording, and it will flash red on the peaks. Very nice. 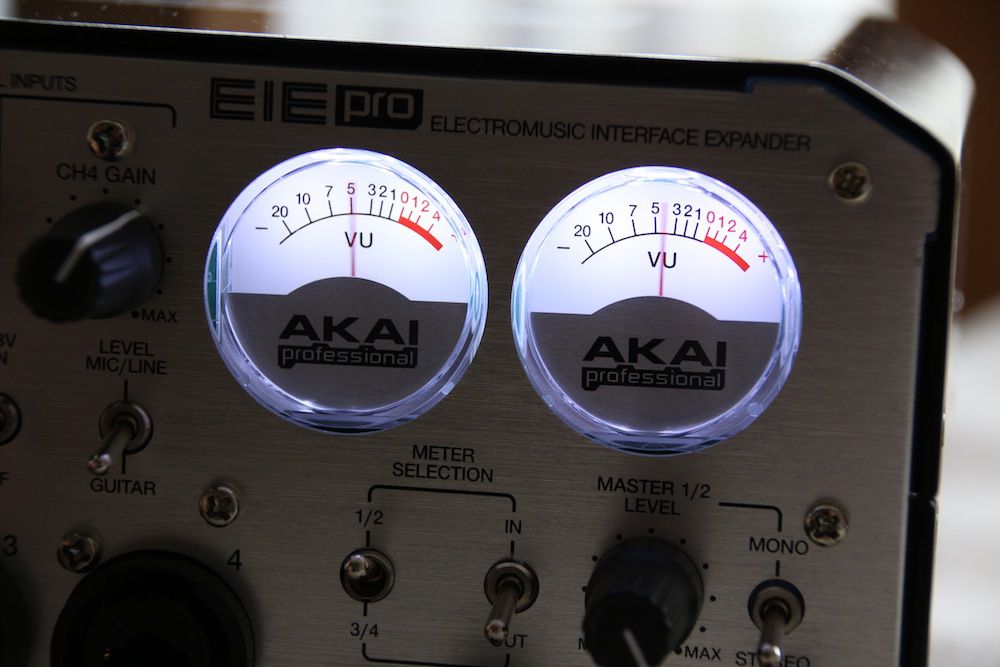 Another interesting touch is the inclusion of inserts. This is not something you see everyday on a USB audio interface and is again something reserved for high end gear, or at least interfaces with higher i/o counts.

The insert points allow you to patch (or insert!) your analog gear right into the mix or input signal path. This means you can treat anything you are recording with your favorite rack compressor, guitar pedal or reverb unit. The four channels give you some flexibility here as mono and stereo feeds can be mixed.

The EIE's inputs are the usual dual purpose Neutrik variety, offering inputs for microphones and instruments alike. Phantom power can be fed to any of these inputs allowing a full spread of four condenser microphones to be used if required.

The front panel is also bristling with knobs and switches. Everything from input level to meter selection is controlled via sturdy metal switches and rubberized knobs. There's even a dedicated on / off switch on the rear.

After admiring the overall construction of the EIE Pro, I got around to recording some basic vocals, analog synth and played a few familiar mixes through it. I have to say it performed very well indeed. Everything sounded crystal clear and at no point did I feel anything was lost. There was no noise or distortion anywhere and stereo signal sounded great.

Now I'm not saying that this unit performs as well as the higher end USB interfaces for the likes of Apogee or Focusrite (for example) but it certainly punches above its weight and is able to to do a sterling job even on critical projects.

So summing up, this is an interface that starts to make the old saying 'you get what you pay for' look a bit daft. OK so you don't get the sleek good looks that some more expensive interfaces may give you, there are no touch sensitive OLED screens or internal DSP effects, but you do get solid build quality, a super clean signal patch and flexible routing.

Overall this is a real winner, either for the beginner looking to record a few sources at once, or the budget conscious engineer moving up from a 2 in 2 out setup. Obviously, this isn't hugely portable, but that doesn't mean it can't be moved, it just isn't really ideal for throwing into a laptop bag. 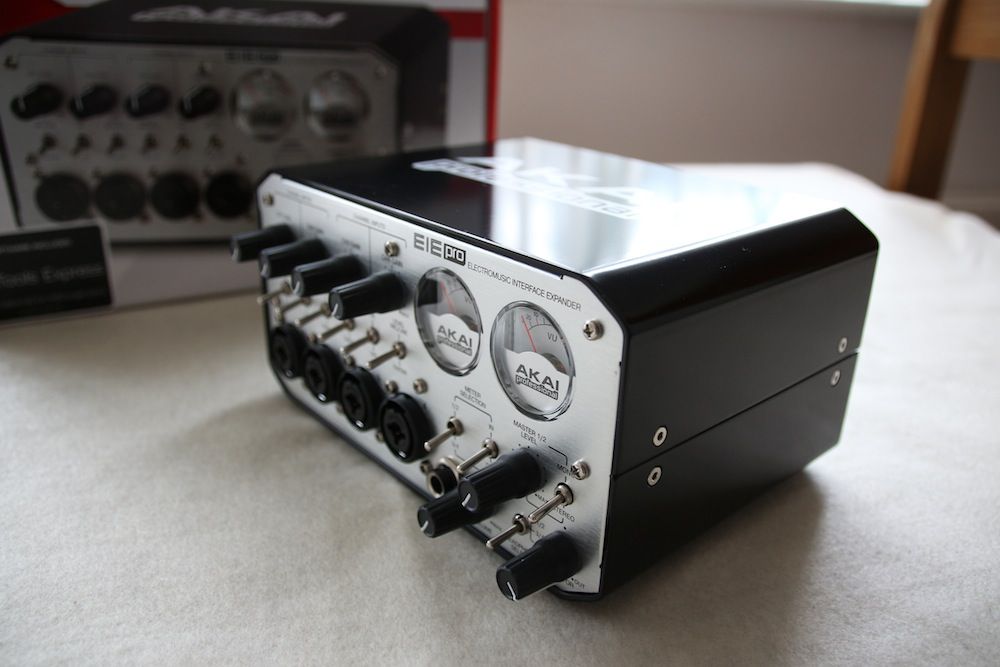 As you might have guessed, I'm really impressed with the EIE Pro but that's not to say I wouldn't change anything about it. One glaring omissions for me is the ability to change which set of outputs the main level knob controls on the front panel. I may have missed something in my evaluation, but I couldn't really find a quick way of switching outputs apart from using routing from directly in a DAW.

This is a real shame as switching between the outputs from the front panel would allow the user to set the EIE Pro up as a monitor controller with two separate sets of speakers. Bar this niggle, I found everything else to be very impressive. When you consider this can be easily found for well under £200 you really can't go wrong.