It’s not just music producers that need to repair audio, movie makers, podcasters and many others do too. Hollin Jones finds out how the new bundle from Accusonus gets it done…

Accusonus specialises in powerful but easy-to-use plug-ins that focus on audio restoration and repair. The latest update - to version 5 - adds some new plug-ins, improved speed and performance, with iterative updates (5.2 being the newest at the time of writing) adding not just improvements but sometimes whole new plug-ins as well.

These plug-ins are designed to work on any kinds of vocal recordings including of course those you encounter when producing music. But they’re just as well suited to other uses like podcasts, voiceover, film or TV sound, radio production and the like. In fact, the developer uses these rather than musical examples to demonstrate the plugs on its website. Now, this is largely because voice over in isolation makes it much easier to hear the before and after stages of processing. But it’s also indicative of the fact that these tools are designed just as much for podcast producers or film editors for example as for music producers. The list of compatible apps includes Adobe Premiere, Final Cut Pro and Davinci resolve as well as music DAWs.

Great effort has been made to create tools that are as easy to use as possible. As music producers we are accustomed to highly technical workflows and concepts when it comes to mixing and editing sound. But a filmmaker or podcast producer for example may well not have that depth of audio production expertise. To that end, the plugs almost all have a “single dial” option where you simply turn the dial up to apply more of the effect. The technical stuff is hidden from view, even if the Pro versions of plugs do also have more fine grained controls as well, should you choose to use them. Design-wise they share a common aesthetic which is pared-down so as not to blind the user with science. The idea, really, is that you don’t need to worry about how these tools are doing their magic.

What’s In The Box?

The Pro bundle contains 13 plug-ins (more may be added in future updates) in AU, VST and AAX formats. One of them, Room Tone Match, is only available as an AudioSuite plug on Pro Tools systems. Let’s look at the others in turn.

Noise is a perennial problem with voice recordings, whether it’s from high gain recordings, imperfect recording conditions or similar sources. Noise Remover Pro has helpful presets for different noise types and a large dial to set the amount of noise reduction to get rid of hiss, hum and more. A simple one-button version called Noise Remover is also included, but the Pro version has multiple bands that you can use to tweak reduction amounts at different frequencies for a more forensic approach. That said, the automatic detection does a fine job, as it did across all the plugs in my tests. 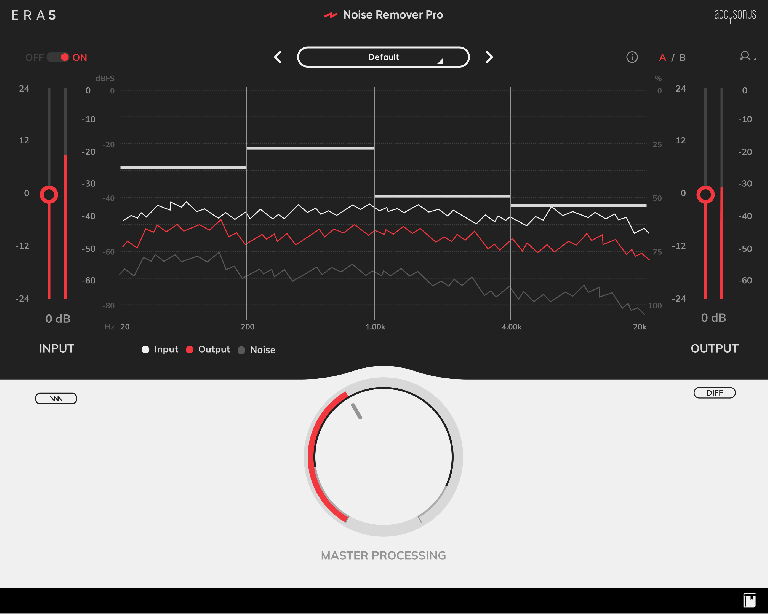 A similar approach - a one-button and a Pro version with multiple bands - applies to Reverb Remover. Removing reverb, typically room reverb captured on an original recording, is a tricky business as it’s not as simple as identifying the frequency of hiss, for example. But Accusonus has brought its years of experience in room acoustics and psychoacoustics to bear on the problem and the results are excellent. A “diff” button lets you hear what’s being removed so you can check you’re only killing the reverb. 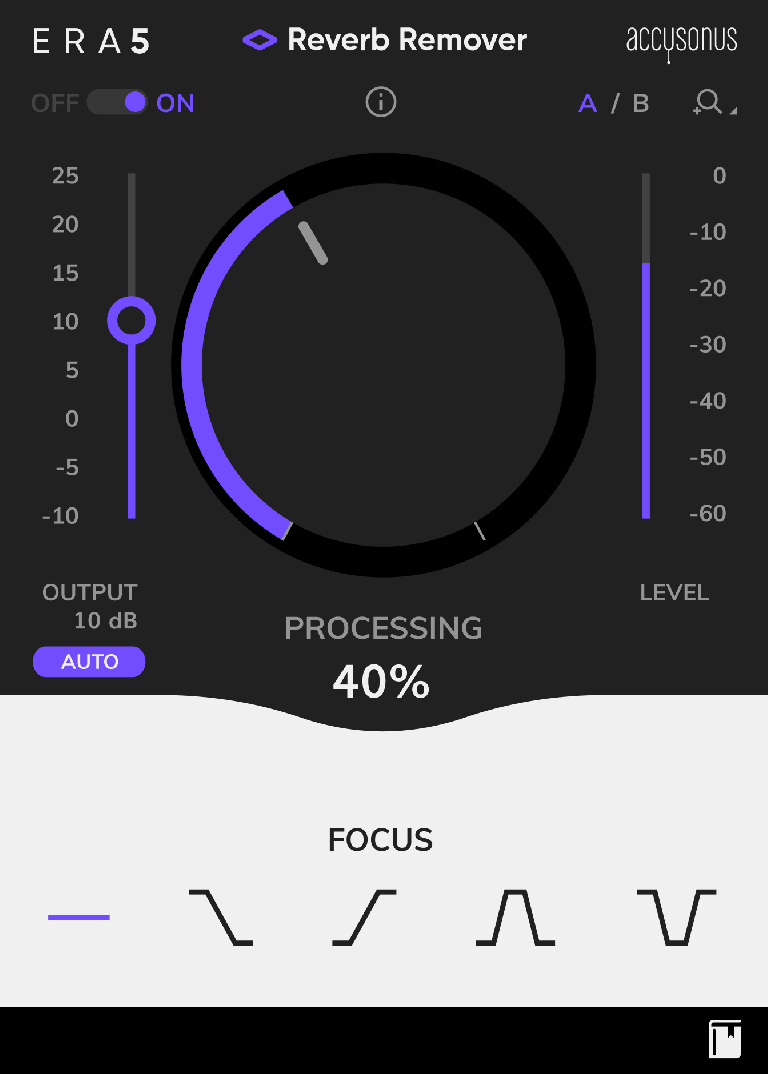 Also using the pro / simple approach is De-Esser and De-Esser Pro. The simpler plug has Amount and normal / broad options, where the Pro version lets you go into more detail with how you target the sibilance, while remaining easy to understand. Results are great and as with any de-esser, you’ll want to find the perfect point where you’re dialling down sibilance without deadening the overall sound too much. 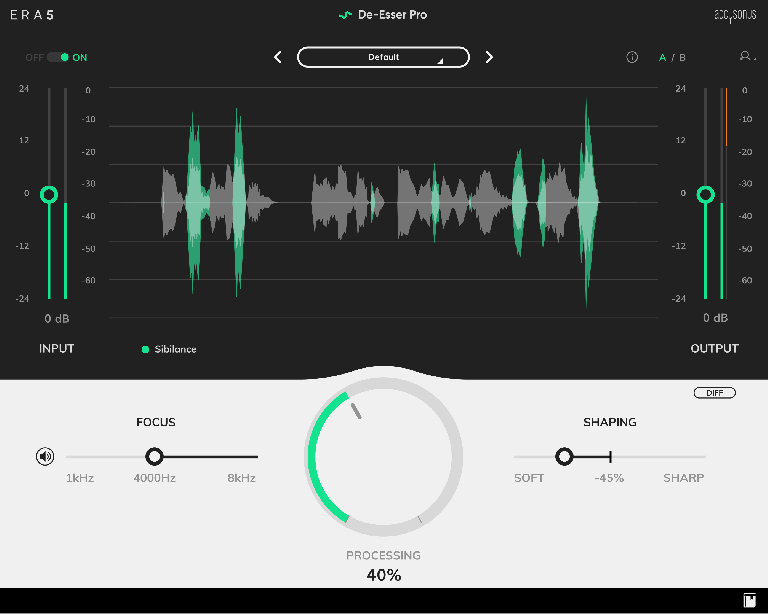 Next we get into some more specialised processors. Voice AutoEQ is an interesting way to improve the sound of your voice even if you’re not experienced in using equalisation. Inserted onto a track, it listens to input signal and uses algorithms to suggest improvements to make voices clearer and richer. You can use the three-way triangle to move between adding more body, clarity or air. Voice Deepener adds richness in the lower register when required, though this is likely more appropriate for things like movie trailers and less so for singing, where male vocals usually need their bass reining in, not expanding. 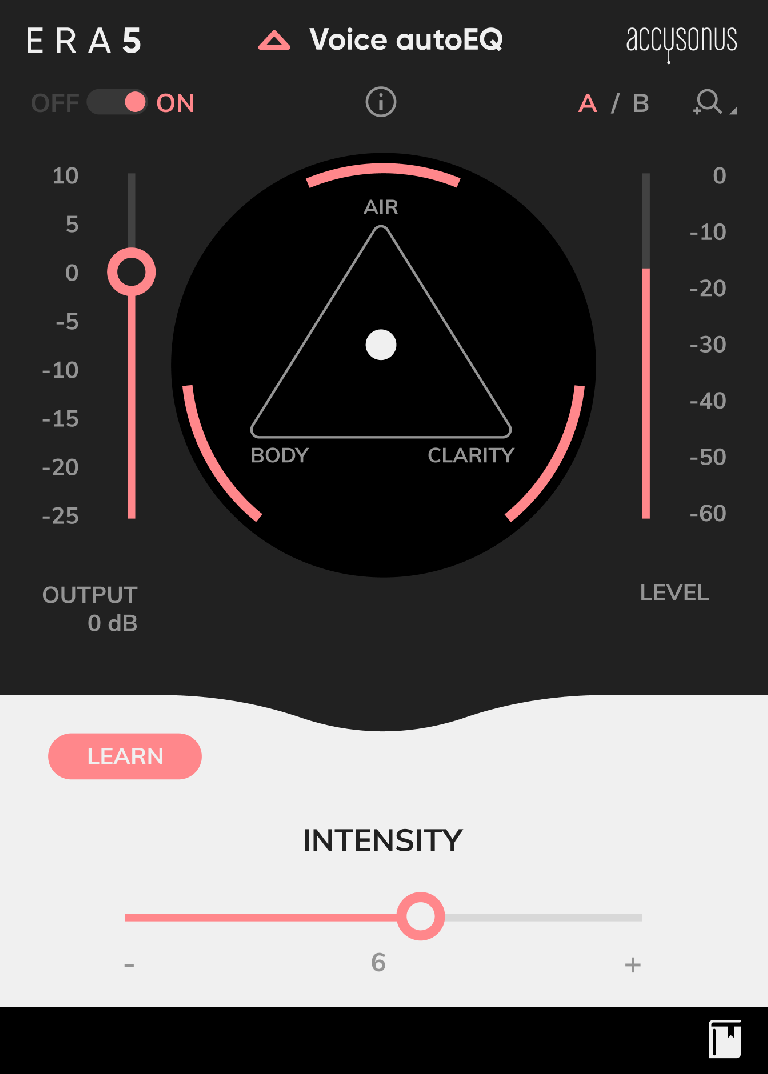 Mouth De-Clicker is another interesting one, using what I’m going to guess is a combination of analysis, EQ and a form of gating to remove mouth sounds, lip smacks and the like from voice recordings. These can be incredibly time consuming to edit out by hand because they can occur continually and be extremely close to speech when they occur, making isolating them difficult. With this tool however, the process is basically automatic and it will be a massive time saver for many audio producers. 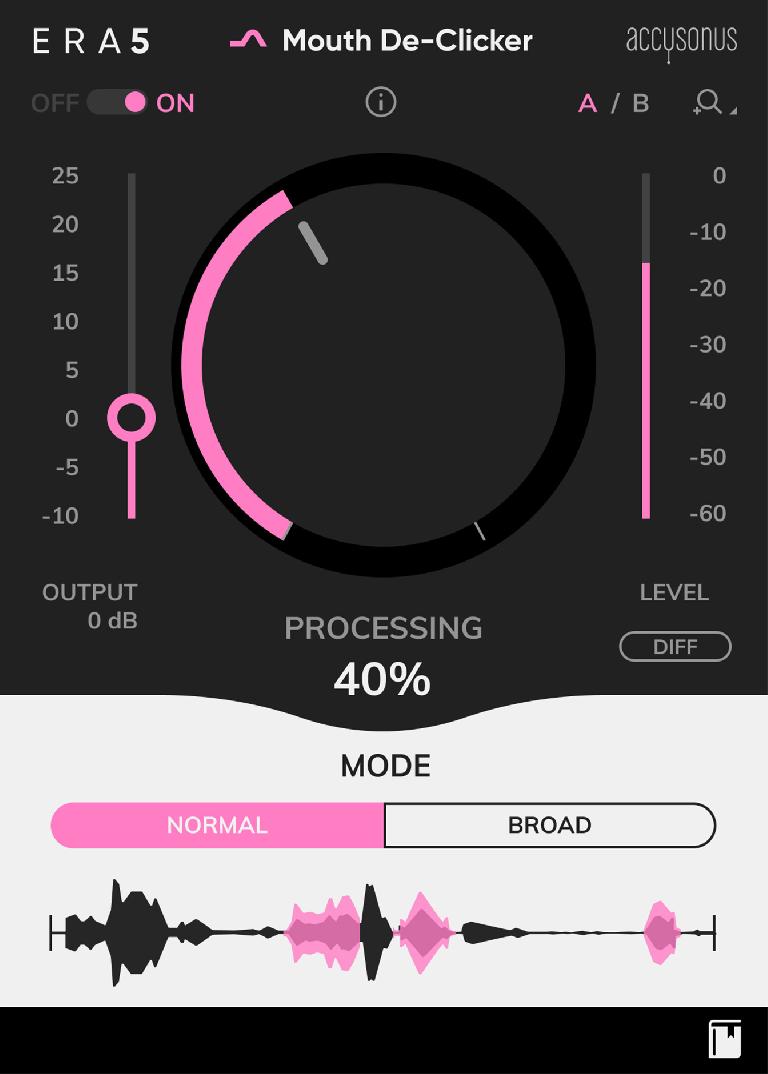 Voice Leveler is a form of compressor / limiter that evens out variations in volume due to movement or emphasis, and De-Clipper is able to instantly detect and fix clipped audio in a file, rescuing recordings that might otherwise be unusable. Plosive Remover can be used to automatically catch and remove problematic plosives and again like most of the other plugs, you can just leave it running to do its thing. 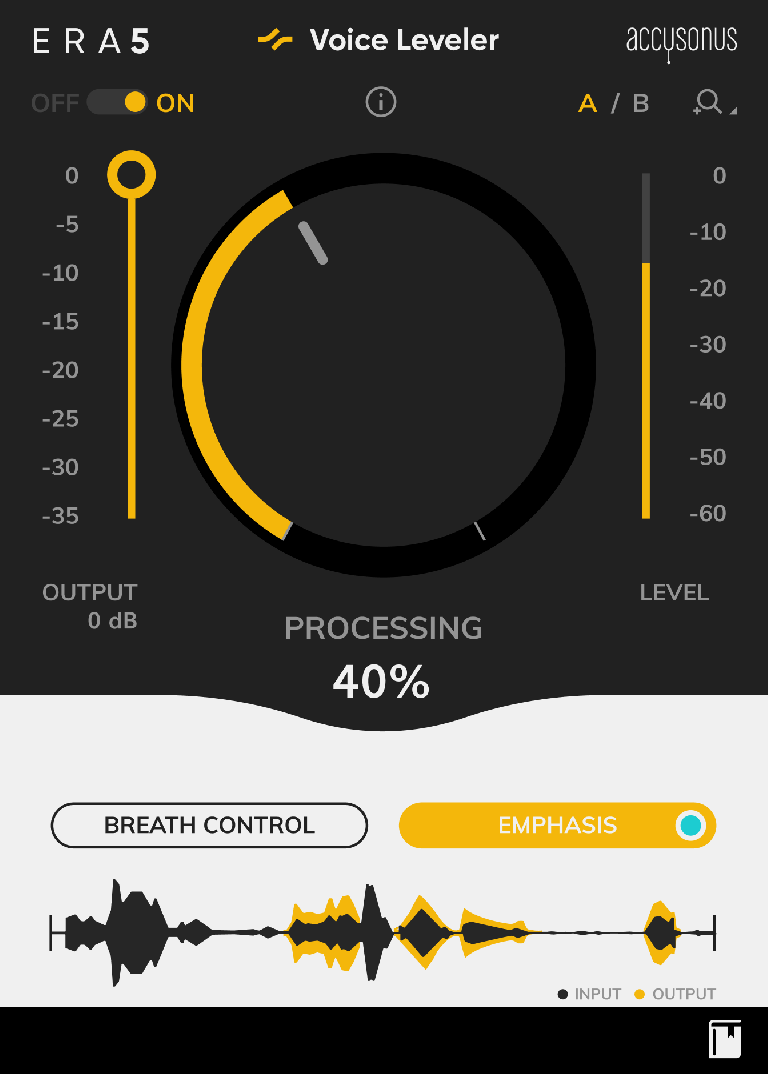 One nice addition to the tools mentioned so far is the Audio Clean-Up Assistant. This is essentially a multi-slot plug-in into which you can load up to 4 of the Era processors in a chain to save juggling multiple windows. There are presets of course, tailored to specific tasks, and you can modify these and save your own. Since most vocal processing requires at least a couple of plug-ins, this is a nice touch and definitely speeds up workflow.

There is a lower-priced bundle available (without the Pro tag or the expanded plug versions) that contains the core “simpler” one-knob versions of the plugs. This is available for $9.99/month prepaid annually and may very well be sufficient for users who want a “fire and forget” solution to audio repair. The Pro bundle costs $24.99/month prepaid annually, $39/month with no commitment or you can buy it outright for $999. That’s a solid chunk of change unless you’re running a commercial operation. Subscription models have their fans and their detractors, but it may be that you try a year’s sub for $300 rather than buying outright.

These plug-ins are exceptionally good at what they do, covering almost everything you might need to fix in vocal recordings. Beautifully designed, they hide their complex workings from view and provide effective and pain-free audio repair for music producers but also for anyone working with recorded voices across a range of disciplines. The appeal of one-knob audio repair isn’t hard to understand and that is what you get here, with deeper options if you need them.