This innovative six-voice wavetable synthesizer is great for evolving drones and arpeggios and as Scott Riesterer found out, its unusual workflow can lead you to unexpected destinations...

There’s an obvious link between synthesizers and science fiction. Synths provide the perfect instrument to evoke otherworldly landscapes and futuristic technology. In turn, sci-fi provides an inspiration to the style, sound, and design of many synths. As a gearhead, I get a kick out of seeing audio equipment sometimes “repurposed” as props in shows and movies. I have witnessed portable recorders used as tricorder type scanning devices, and Novation Launchpads filling in as spaceship control consoles.

The Spherical Wavetable Navigator from 4MS definitely looks and sounds like something out of science fiction, and even the name sounds like some type of interdimensional spaceship pilot. Wavetable synthesis excels at creating evolving tones that teeter between digital and pseudo-organic flavours. At its core the SWN, or Black Swan as I’ve come to think of it, is a wavetable oscillator. But as you’ll see, there’s so much more to this module.

The Spherical Wavetable Navigator derives its name from an innovative arrangement of wavetables. Instead of scrolling through a linear bank of wavetables, or fading between wavetables laid out in a grid, a spherical arrangement is used. This means that the wavetables wrap back around to their starting point no matter what direction they are traversed. You are able to navigate through each sphere of 27 waveforms using longitude, latitude, as well as depth, with each parameter having a dedicated control. You can also “Browse” or scroll through them in order. It actually consists of not just one, but six wavetable oscillator voices spread across the left and right outputs, and each voice can be assigned a separate sphere of wavetables. 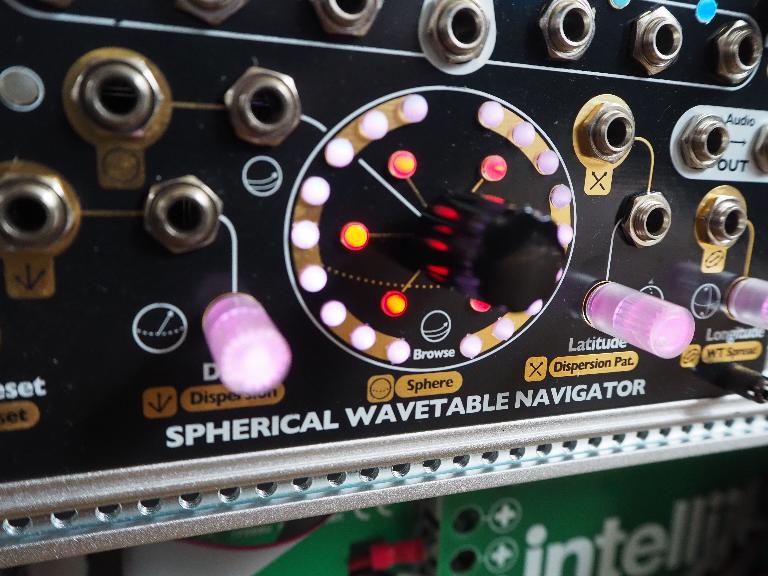 Each voice has both a slider to control volume and a dedicated button that can be used for a few different functions. Most importantly, holding a voice’s button allows you to adjust settings for that voice independently, otherwise any changes will be applied globally. This includes a couple global features that spread out the voices in various ways, like Spread to quickly create chords and detune the oscillators, and WT Spread to offset the assignment of spheres to easily ensure each voice has a unique set of wavetables.

Each control knob has a main function, displayed in white and edited by regular turning of the encoder, along with a secondary function shown in gold and edited by pressing the encoder and turning. Additionally, a Fine button can be pressed while editing parameters to make more surgical adjustments. As you navigate the spheres, a plethora of LEDs provides important visual feedback with various colours and rhythmic blinking, which also makes for quite an engaging light show. Thankfully, both a manual and cheat sheet card are included in the box for quick reference.

Naturally there are also a number of CV inputs and outputs on the module. It can be externally clocked, and almost all of the wavetable navigation parameters can be modulated via external CV. Each channel has a CV input, and these can either control the level of the voice or provide a 1V/Oct input, which is assigned for all six channels with a switch. They also each have an LFO output, which is fantastic for self patching the module. Furthermore, these LFOs can be applied internally to control the VCA level of each channel by simply pushing the LFO-VCA button.

Cleverly, while utilizing these LFO outputs, it’s possible to edit the LFO gain to control the range of modulation sent without affecting the amount controlling the level of the channel. The LFO type button toggles between allowing the LFOs to cycle normally, as well as gate and trigger modes. Naturally, the shape of the LFOs can be edited, or by pressing in the LFO shape encoder you can change their relative phase. The LFOs are able to ascend into audio rate, at which point they transition from changing their speed in divisions or multiples of the master clock rate, to stepping in semitones. 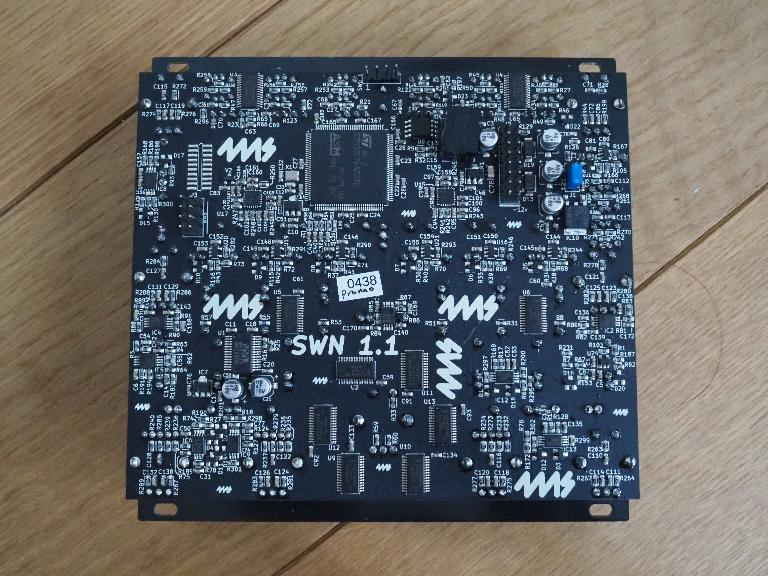 As of the most recent July 2.1 firmware, the SWN has four modes of operation that change its behaviour. The default mode is Mute Mode, where the top row of buttons serve to mute and unmute channels. Note Mode uses the channel inputs as quantizers, with the timing determined by the LFO rate. Keyboard Mode works similarly, but in this mode notes are only triggered when you press the buttons. The new addition is CV/Gate Mode, which reassigns some of the inputs to receive gates, so you can sequence all six voices independently. Pressing the LFO-VCA button and LFO Type button cycles through the modes, and they are indicated by the colour of the channel buttons across the top.

While the SWN already comes with a dozen wavetable spheres, it also provides two convenient methods of adding new spheres. You can either record a set of wavetables from an audio source, or you can use their free Sphere Edit software. If you create a sphere by recording from an audio source, you have a few options to customize it before you save it. You can audition the waveforms, change the spacing between the sampled waveforms, and apply effects like bit reduction and wave folding. Sphere Edit lets you draw waveforms from scratch, or you can start from a few template shapes and tailor them to your preferences.

The aforementioned effects are available for use in the software, and you can audition how they will sound and even morph between them. Once you’re happy with your new sphere, you simply connect your audio output to the SWN and hit play while it is in recording mode, then save it to one of over a hundred user slots. Unfortunately, Sphere Edit does not have drag and drop functionality, so it’s rather tedious to load single cycle waveforms one by one. Spheres can be saved as short wave files, which in theory could easily be shared, but I didn’t come across any available for download while writing my article. 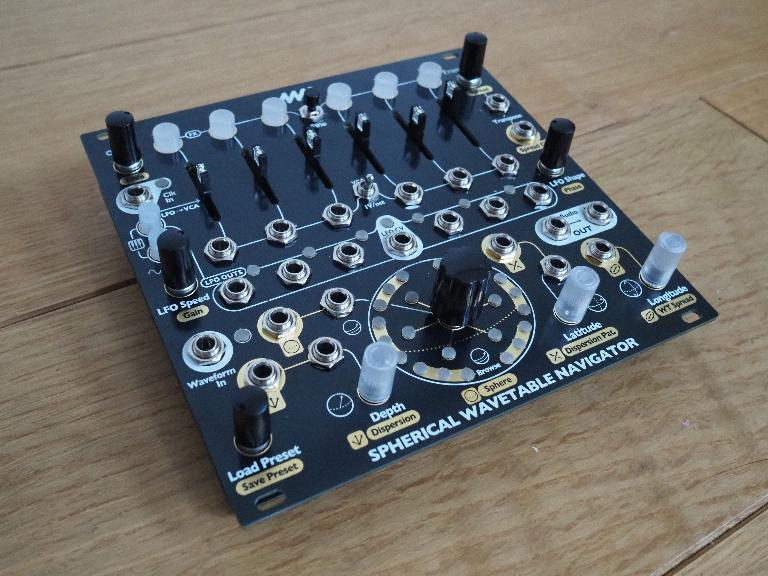 A friend of mine told me that he really likes the 4MS SWN because it has such a particular workflow that it shapes how you use it, and in turn this shapes the results that you create. Now that I’ve spent some time with it, I think this is very true. It’s a module that rewards exploration, offers plenty of happy accidents, but it takes practice to get the hang of it. I could actually see it working quite well as a standalone tabletop instrument, maybe with a few more dedicated controls and some built in effects. The SWN really excels at evolving chord drones and complex arpeggios. Furthermore, the immediate transition of toggling between these two modes of use is really exciting.

Cons: Multifunction controls and colour coding can be confusing.

Learn Eurorack synths inside out: https://ask.audio/academy?nleloc=category/audio/topic/eurorackmodular