This tiny Eurorack module just does one thing - but as Scott Riesterer found out, it does it very well indeed. But just what is the 2HP Pluck?

2HP is a module maker entirely focused on the concept of good things coming in small packages. They now boast a lineup of 41 modules, all packed into the smallest possible eurorack footprint, from which they derive their name. Pluck was the first module from 2HP that I’ve laid hands on. I’ve often seen it as the answer offered in many “what should I get with my remaining HP” queries, with some people comparing it very favourably to Rings from Mutable Instruments, so I was curious to see how it measured up.

Pluck provides a pint-sized synth voice based on Karplus-Strong algorithms to create accurate plucked string sounds. Karplus-Strong synthesis is a type of physical modeling that uses a burst of noise through a filtered delay line to virtually recreate the tones of stringed instruments. In the case of Pluck, I would say these sounds most closely resemble the tones created by dulcimers, harps, or kotos. 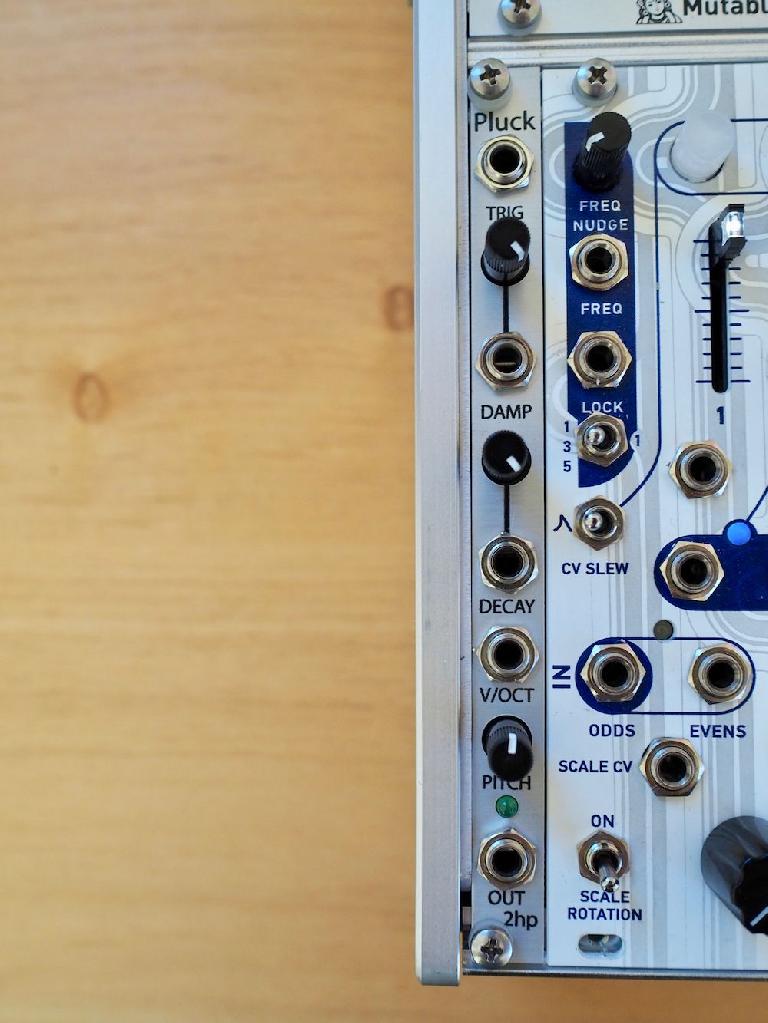 With just 2HP to work with, the inputs and controls are by necessity quite simple. There’s a trigger input and a 1V/Oct pitch input with a tuning knob along with inputs and knobs to control decay and dampening. With Decay and Dampening turned all the way down, Pluck will produce woody atonal percussive tones similar to a rim shot. As you bring up the Decay, it gradually starts to sound like a palm muted string. Increasing Decay past 12 o’clock makes the notes ring out longer, and with Decay fully clockwise, notes will take about twenty seconds to fully fade.

Dampening affects Decay, but it also changes the tonality of the string. Turning Damp clockwise introduces more of a metallic character, and also causes notes to ring out even longer. From my experiments, Pluck seems to have a four voice polyphony, beyond which a sort of voice stealing system takes place. For this reason it responds quite nicely to “strumming”, in that by sending a quick succession of gates and notes you can play four-note chords. 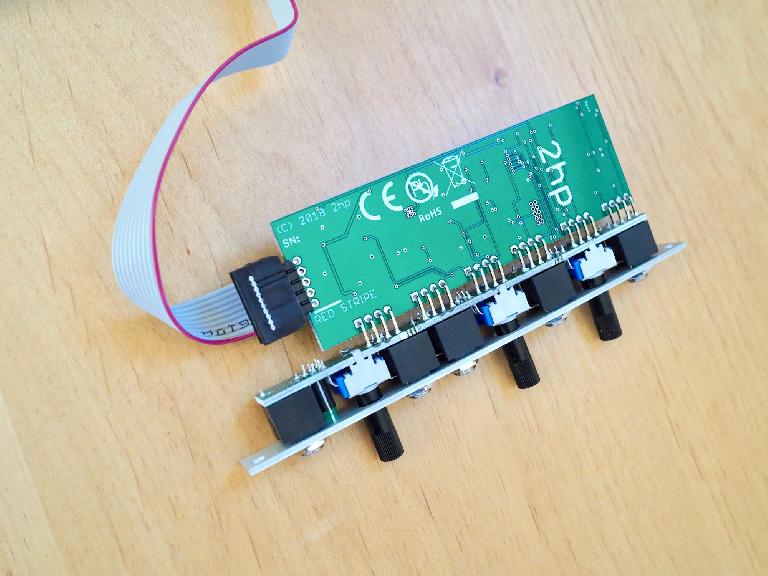 Throughout the range of controls, Pluck really does have a lovely tone. It sounds great clean, and of course responds well to a touch (or a thick coating) of delay and reverb. Pluck is definitely a one-trick-pony, but it does this trick very well. The closest alternatives out there are probably Rings from Mutable Instruments and the Intellijel collaboration with Applied Acoustics, Plonk. However, comparing these two to Pluck isn’t completely fair. Sure they offer a lot more variety of tone with physical modelling mimicking different types of real world objects, but they’re also over 10HP larger and hundreds of dollars more expensive. The bottom line is that if you want to squeeze another complementary or contrasting voice into your system, Pluck definitely provides a worthwhile solution.

You can listen to some of the experiments I recorded with Pluck here: https://soundcloud.com/scottmfr/sets/2hp-pluck/s-dnbOs 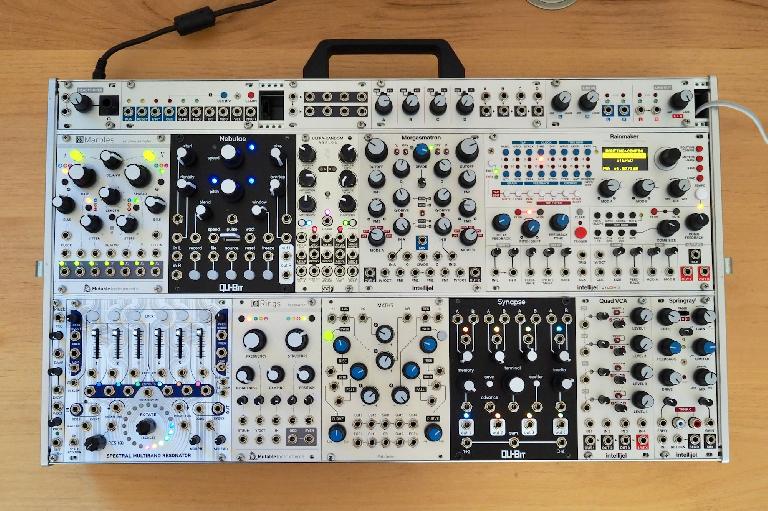