Language
Many of us talk about vintage synths. Sometimes without ever having lived, breathed and made music with them. In this article G.W. Childs shares his experience with his aged, but loved, Roland XP-50.

While the full return of 'vintage' is in more than full swing, within electronic music, it stirred a recent curiosity within me, that led down a long road of remembrance I hadn't anticipated. Recently, I removed my old Roland XP-50 from its aged case that I still remember buying in Honolulu years ago. The old case even still smells like 'club' on the inside. And, in this article, I'd like to tell you a little bit about what made it special for me. And, why it was my main workhorse for years! 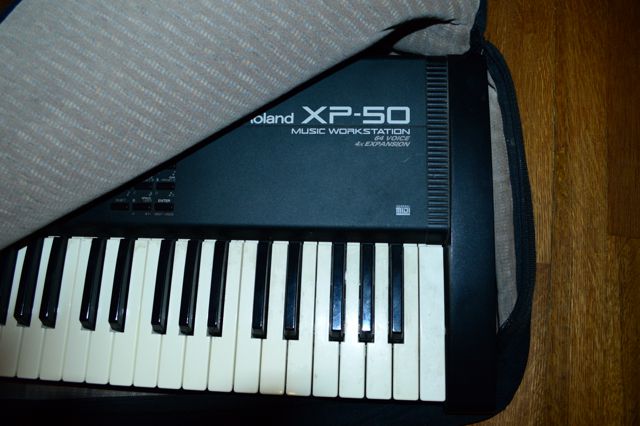 Years ago, Roland was at the top of the pool, though there were competitors that were greatly pushing them around that time. The main drive, it seemed between all the companies, was to create workstation keyboards and rack mount devices that could cover a broad range of music with highly detailed, and broad ranging internal patches. These patches, unless you had a computer with a decent patch editor, were the big prizes for many of us back then. Roland has always supplied great sound banks right out of the gate, and they did not stop with the XP/JV series. What was so exciting, back then anyway, was that you could purchase additional sound banks, that were specialized to certain genres of music, or just dedicated to a particular type of arrangement, or instrument.

I had purchased mine in the hopes of ending a 7-year drinking binge that had pulled me through 4 military posts, a few demotions, and a bad rep as the platoon party boy. Fearing for my career, and eager to return to music, I had picked up the XP-50 near the time of its release, third party, from a guy who'd only recently purchased it himself. It was my hope that I could find some kind of release during a hard time in my life, through music, as the US Army, at the time, could only offer me another bottle.

What About the Features?

The big selling point for me was the internal sequencer, which was almost identical to the flagship sequencer, of the time, the MC-50 MkII, which I couldn't really afford, and would've had to've purchased a lot more gear to be able to really make use of it. The XP-50 also worked entirely off of the Roland JV series library, which was really famous already from the JV-1080. The latter being a staple synth found in the racks of pretty much any composer of television, movies, commercials, and studio musicians during that time.

"The big selling point for me was the internal sequencer, which was almost identical to the flagship sequencer, of the time, the MC-50 MkII."

I failed to mention at this point that I'd grown up with Roland, prior to enlistment and had owned an S-550, a D-50, a W-30, a D-20, and a TR-707. So, the first time sitting down to sequence a song on the XP-50 felt like home in a far away land where I did not know anyone. I spent many nights alone re-learning the sequencer, and trying as hard as I could to spread the arrangement gently across the 64-note polyphony, shared by all 16 multi-timbral parts. Which, wasn't really that hard to do. You just had to watch really hyper hi-hats, as they would eat that polyphony up. I tended to substitute the internal delay, as a secondary echo for the hats, which supplied the rapidity needed for the type of industrial music I was performing at the time.

Where I was particularly excited, and this was the final selling point, was the song chaining functionality, a feature shared with its distant cousin, the MC-50 MKII. The XP-50 could play your whole set, from song to song, using a special disk load technique that would not inhibit the functionality of the internal synth. And, I really did plan to play live. And, I really did! 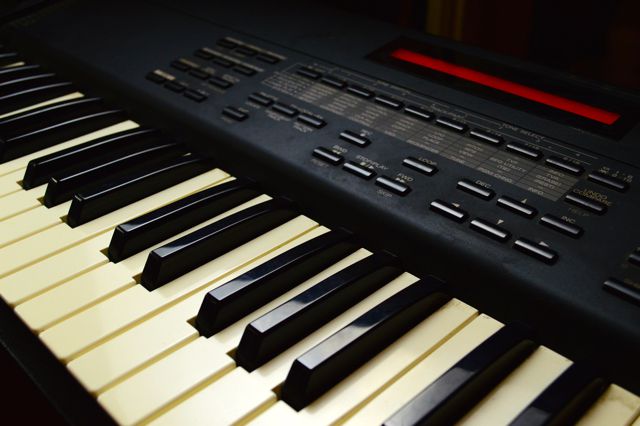 After a year of writing, sitting in a dark room, drying out, and sweating... a lot! Within the hills of Honolulu, it was now time for me to play my first set. And, it went much more smoothly than you may have thought. The Song Chain feature I had banked my whole live show around was now about to be used. At this point, I was working with a cool group of guys that had a lot of talent, and would later come together to form my long-time band, with still partner, Jay Tye. The two of us remaining as Soil & Eclipse.

Thanks to the way Roland had set up its multi-timbral interface, within the XP-50's digital readout, it was really easy for me to switch between different parts, and take over, for what the sequencer was playing, which is always something I've loved to do. Sometimes, I feel like playing a synth part, sometimes strings. The XP-50 gave me all the parts within my song, right there at my fingertips, and for the time, the navigation was awesome.

"Many people asked if we were using backing tracks, off of a DAT"

After our first gig, many people asked if we were using backing tracks, off of a DAT, which was extremely common practice. I was proud to say that we did not. We were all live MIDI. Which, didn't really mean much to many. But, it meant something to me, at the time. Evil nerd pride, I suppose.

What About the Sounds?

Looking back, I still find myself using patches that I'd ported over with Redmatica's Autosampler application, years ago, before the company's mysterious disintegration into nothingness. And, I'm happy to report that the Film Strings, patch C:145, I believe, did port over nicely into Reason's NN-XT format. And, I even made a pretty cool Ableton Sampler patch with the same audio files... Velocity mapping, in place! That was a patch I used on almost every song, as I loved how real they sounded. Those and the Kurzweil K series Batman Strings, really rocked my world.

But, it did so much more. The JV-XP Dance expansion was, and may still be, a highly sought after expansion, as it had some staple patches, and drum kits that a LOT of producers, especially in the Hip-Hop genre used. 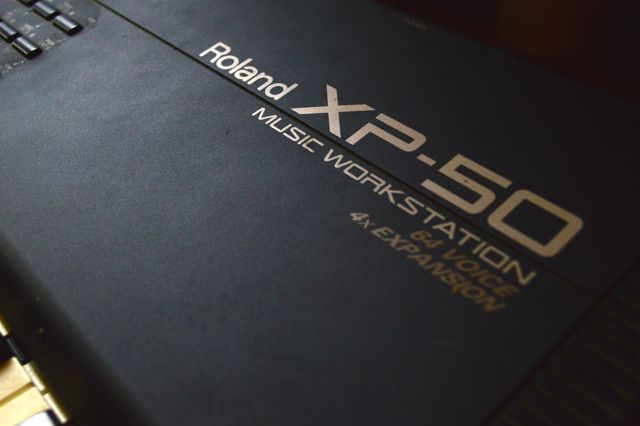 The Vintage Expansion also had some killer Mellotron patches, to include the haunting Mellotron Choir.

Now that I've pulled it back out, I plan to use it. Well, if I can get the screen working again! It's rode hard, and definitely shows signs of its age. But, as I mentioned before, it came to me during a time when I really needed a release, and an escape. And, it never skipped a beat. Thanks for a good job on this one, Roland. It worked as advertised.

rovethegroove
I had an XP-60 myself. It seemed like everything just fell into place with that synth. One of two big regrets I have in my life was selling it. The other was selling my WavestationEX.
3PO
Wow.. my first synth was the XP50. I had no Idea what I was buying, but I had found it esthetically pleasing and like the sounds as well. I managed to import 127 of my favorite JV sounds in the user bank. Sadly I sold it.
:(
Steven behr
I still have and the XP50 and use it in my recording studio and one thing that I changed is the floppy drive to a emulator USB. You can find it at https://www.floppyemulator.com/products/flexidrivemv-usb/

Now this is fantastic, you can use the USB that is been given to you with the package, up to 4 GB thats 2500 floppies. I can tell you XP50 has been revamped 4 years and still kicks ass everytime. Using an external Midi sound controller thats makes sounds like to no end.

There will be in the future a remote/network connection so you can use it on the internet or various computer/s.

The only draw back is that apart drom the XP 80, it doesnt have a click-out. You need an external rhythm machine and use the cowbell and
Icebergbass
Though this is an old article I really enjoyed reading the experience; I still have my XP-50, bought new when it was released and it's been my main keyboard ever since; unfortunately, now, it became unusable as the display stays lit but no characters, no sound; I have new keyboards, but, if it's worth it I'll get the XP fixed or keep an eye on a used motherboard for sale as I'm, not planning on selling it; great keyboard, indeed!