Don't throw that tired old library of loops out! Instead, why not recycle them into something new, interesting and usable? Here are some top tips for breathing life into your library.

If you’ve been into electronic for any length of time, eventually you’re going to accrue either gear, swag or audio material like sample libraries that no longer seem to match either your current sound, or what’s current. However, to write these old loops, sounds or patches off as redundant or obsolete would be crazy as all sound has a use. Especially when you use sounds in ways that were never intended. In this article, let’s take a look at a few ways that you can either bring old tasteless loops back to life or tear ‘em up and go through the pieces for scraps...

Propellerhead had the right idea with its program known as ReCycle - an early and powerful app for sample manipulation, since grafted in to Reason, that recognizes rhythmic hits, slices them up and preserves time so that the loop can be played back at any speed. It also allowed you to play individual hits within a loop, mapped to a MIDI keyboard. Good news: You don’t need ReCycle to go through some old, dated loops and create another new library with fresh ears. Pick up a two track editor like Sound Forge or the free Audacity, which provide quick and effortless stereo editing.

Once you’ve isolated some kicks, snares, hi-hats and even sound effects, store the types by folders. For example: put all your kicks in the kick folder, snares in the snare folder and so on. Later, when you need to load up a new session or an Electribe 2 or a Volca Sample with some new sample material, you’ll have a whole new batch courtesy of a few loops, made possibly more than a decade ago. Extra tip: Some two track editors like Wavelab and Sound Forge have batch editors which allow you to apply effects, both creative and structural, like compression, EQ, limiting and even truncation over several audio files with a push of a button. Try running several sounds you’ve broken down through compression, and a little bit of crush to add a little edge to drum hits that seem a little weak. 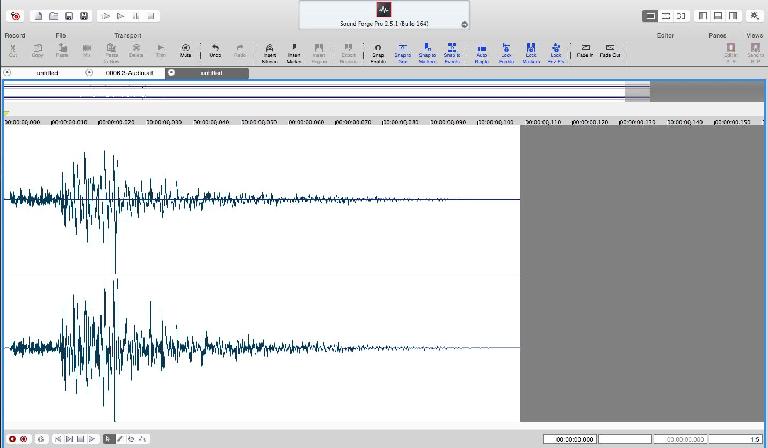 As you go through a stack of old loop CDs or just pillage a factory sound bank, you may stumble across some sounds within bigger recordings (like drum hits, effect hits, blips and beeps) that might actually be better going in an opposite direction. Cymbals, crashes, voice tags and even synth sounds are awesome for transition effects, fills, creating atmospheres and so on. Try reversing a few crashes and rides and save them in to a separate folder labeled something to the effect of ‘reversed cymbals.’ Reason, Ableton and many other DAWs have either a reverse function or in Ableton’s case an actual ‘Reverse’ button in the Edit panel for every audio file.

Extra Tip: Try recording vocals, drum hits and sound bytes central to your song through a reverb with a long, long release. Once finished, reverse the reverb-heavy recording. Reverse reverb is especially cool for creating that ‘sucking’ effect, making you feel like your head is being pulled in to a recording.

One way to tighten anything up, especially drum loops, is through the use of a Gate. Once you’ve dialed in your threshold and then reduced the decay, you can create a lot more room in what may have been a pretty crowded loop from before. And maybe give yourself a new groove to work with. Reducing the Attack with a Gate is also nice for taking some of the edge off of harsher drum loops with a lot of attack, making them seem more organic and helping the loop blend better within your current mix. Some Gates, like the one found in Ableton, allow you to reverse or ‘Flip’ the Gate’s behavior so that all of the audio that is being cut is now being heard. And what was being heard before is now being cut. This feature alone can make very intense changes is a basic loop.

We all know that filters are a great way to add and accentuate character and characteristics within any recording, especially when tied to an envelope or LFO. But not all filter jobs have to be so intense. Occasionally, I’ll tweak my loops with Izotope’s Mobius Filter. Not only does it add literal movement (similar to Shepherd’s Tones), making the listener feel like the loop is either moving up, or down. But it also has a handy stereo slider, allowing you to spread the loop thinner between both speakers. 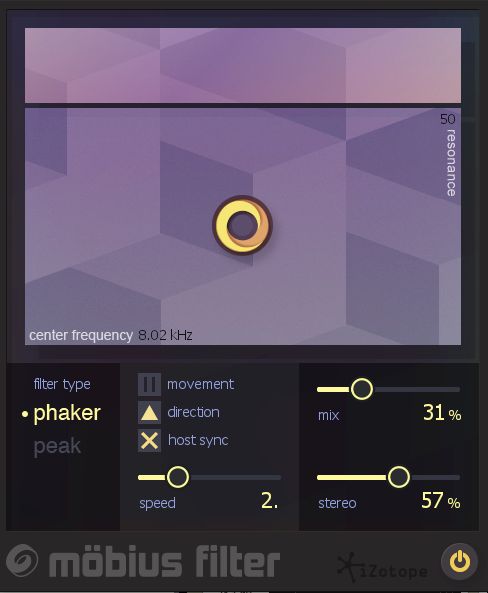 If I am trying to create a Frankenstein loop that is intended to draw a lot of attention to itself and give an epic, destructive quality to a song, I also like Izotope’s Trash 2. Not only does it have several different types of filters in one small package, with highly programmable modulation, but it also houses two modeled distortion devices, a compressor and a gate. One preset can make a loop you’ve been tweaking for hours almost unrecognizable.

Tip: Compressors are not the only devices that can be side-chained. Try side-chaining a filter that you are running your loop or loops through. By doing so, you can add in modulation that literally comes from another drum pattern within your mix, making something alien suddenly fit in, and might actually work!

5. Sometime The Wrong Speed Can Be So Right...

One of my favorite ways of re-using old drum loops is by placing a well produced, extremely dynamic old drum loop from a few decades ago within a song playing at a speed that is either double the original speed, or half. I have some loops that were literally made in the 90s, before there were algorithms like the ones found in Ableton, that preserve the quality of the recording, even at higher speeds. Tip: Try using a loop intended for a much higher tempo (like 140 BPM) at a lower tempo (for example: 80 BPM) or vice versa. You’d be amazed at how well more modern playback engines and looping algorithms can do with old, nasty recordings from a while back. Ableton’s Granulation Resolutions are excellent options for dialing in highly stretched loops and making them sound as natural, or unnatural, as you like.

Before you throw out some old loop CDs, DVDs, or even delete a demo of an old piece of software, you might see if there are some old, nasty loops hiding in there that could be ‘re-appropriated’ and updated with new tweaks of your own. Not only can you create some new sounds and trends but you might end up with some favorite loops of your own, that will always give you a kicking beat, and a cool story in regard to how you created them, and where you got them from!