Language
Recording electric bass can be more straightforward than drums or guitar, but there are still potential issues that can trip you up. Here's 10 tips & techniques to help you capture the low end.

Slightly out-of-tune strings on a bass may not jump out as much as on guitar (especially in chords), but when that bass line is sitting under other parts in the mix, even slightly off-pitch notes will make their presence known, and sometimes be harder to track down (why does this song sound a little “off”?). I’d use a tuner (h/w or s/w), but I’d also always verify by ear, before hitting record, and I’d check tuning periodically as the session progresses—just as with drums, hard players can easily put the instrument out after a few energetic takes. 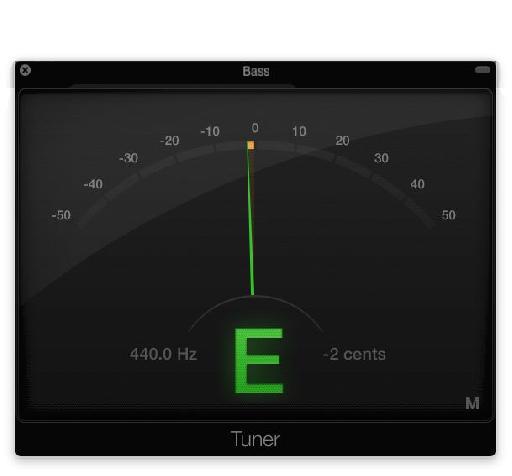 Fig 1 Use a tuner but always let your ears have the final word.

2. Break in new strings ahead of time

Aside from tuning issues, new bass strings, especially roundwounds, can be very bright, and this may result in a lot of finger noise and fret buzz. If they’re changed a day or two before the session, and the bass is played a bit to break them in, there may be less likelihood of problematic noise. In fact, while many players think of them as old-school, flatwounds can sometimes be the best choice, when a fat deep bass sound is called for—it’s worth a thought.

The easiest way to record bass is to just plug it straight into the console/interface—of course, using the correct instrument-level input or dedicated DI box, and not a standard line input. This will provide a nice, clean, deep tone, but it will likely lack the growl and grit that’s often desired—for that, you’ll want the sound of an amp. While you can always use a bass amp sim plug-in later, in the mix (see below), there’s nothing like the pants-flapping wall of low-end sound coming out of a real bass amp, if one is available. But most engineers will record both—a DI’d signal, and a miked-up amp. They can be combined later on, for the best of both worlds—the clean, round, depth from the DI, with the edge and midrange punch of the amp (but see below, for a caveat).

Audio Example 1 A bass part recorded with a DI; through an amp; and both combined:

4. Use an appropriate mic for bass.

If you are recording the output of a bass amp, try to use a mic that will capture more of the low-end than a typical stage mic. An SM57/58 will work, but a mic with a more extended low-frequency response would be a better choice. The Sennheiser 421 is often used, as is the classic kick drum mic, the AKG D112, which has a bumped-up response tuned specifically for low-pitched instruments. I prefer the Electro-Voice RE-20 (you know, the “announcer’s mic”)—it’s more neutral, and it has an extended low-end response, so you’ll get not just boom, but real depth. 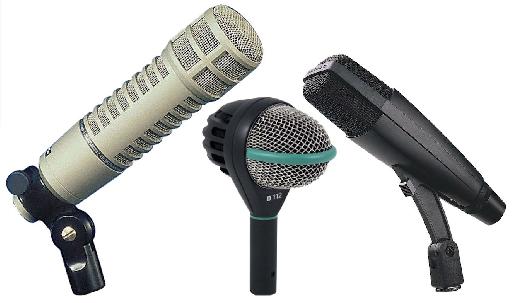 If you do record the bass both via a DI and a miked-up cab, and combine them later, as suggested above, you’ll want to pay attention to the relative phase of the two tracks. Even if the mic is placed very close (an inch or so) to the amp’s speaker, that track will still be slightly delayed (on the order of milliseconds), due to that small distance, relative to the DI track. Small delays like this can cause comb-filtering when the tracks are combined (at close to equal levels), which produces cancellations and reinforcements in the frequency spectrum that can impart a nasal, hollow, or slightly “flangey” sound, weakening the tone. You can see the time difference if you line up the waves in the DAW and zoom way in. You can either advance the amp track (via editing) or delay the DI track (via editing or a plug-in) until the two line up—the resulting tone should be fuller, and ultimately sit better, with a more solid low end, in the mix. 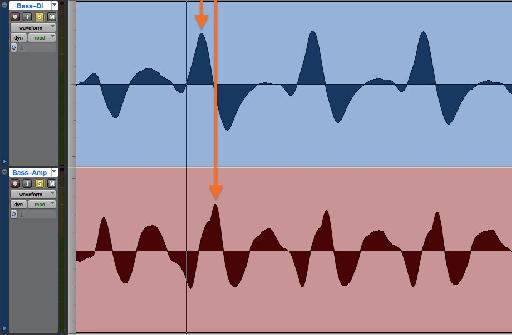 Fig 3 The waveforms of a DI’d and a miked-up bass track.

If ever there was a candidate for compression, bass is it. This instrument has a wide dynamic range (even more so when slap techniques are employed), but it usually needs to sit at a very steady level in the mix. But should compression be applied during recording, to control the levels going down, or later, during the mix, to insure the best blend in the track? Well, the answer is probably both, but with potentially different approaches to squashing the signal. During recording, a Limiter might be the ticket, to control transient peaks that might overload ADCs, producing pops and spikes that can ruin a take. A classic fast VCA compressor/limiter (like the dbx 160) could be employed to handle peaks, without really reducing the player’s dynamics at this early stage. Then when mixdown rolls around, more gentle compression can be introduced (like the smooth squash of an optical compressor like the LA-2A), to tighten up the dynamics, as needed for that particular mix. Applying the right kind, and amount, of compression/limiting at all stages will assure you get nice clean recordings, that can be properly squeezed into the mix when the time comes. On the same topic, if you do apply some compression during recording, be careful not to overdo it. At this stage, you don’t need to hear any effect, it should just transparently control peaks. If you apply the amount of squeeze that may be needed for the mix as the part is going down, it might cramp the player’s style—better to leave that for later. Plus, if the signal is over-compressed here, it may bring out the normal squeaks and finger & fret noises so much that it becomes difficult to eliminate them later—this is especially true if the player is really a guitarist who also moonlights on bass. Guitarists who try their hand at bass parts often haven’t mastered an experienced bassist’s technique for damping the strings, and the little playing noises I referred to, as well as distracting undamped harmonics, can end up overpowering the recording if heavy limiting/compression brings them up (I recently struggled mightily to deal with a bass track that suffered from this flaw).

Audio Example 2 A bass that was over-compressed during recording, with accentuated finger & fret noise:

8. Don’t Print effects without a dry version as well

This is sort of a corollary to the DI+Amp suggestion. While effects on bass aren’t as common as with guitar parts, some bassists will come in with these big rigs of effect boxes, and want to record “their sound”, which often is clearly overprocessed for the song. Rather than argue the point, let the player hear the sound he’s used to during tracking, but be sure to also grab a nice clean signal, prior to all the effects, usually straight off the bass via a DI. That way, if your concerns prove all too true come mixdown, you can turn to the dry track, and recreate those favored effects to a more appropriate degree, with studio tools. Even if the effected bass sounds good to you, many pedals and MI effect boxes are noisy, and you might have to recreate the sound anyway, to avoid problematic buzz or hiss from the player’s cool-but-dirty toys.

9. Use Plug-Ins to Enhance Recording

Even when the bass track(s) are well-recorded, and sound good, you may want to enhance the bass tone for mixdown with your favorite bass-friendly plug-in processors. Besides the obvious EQs and compressors, there are many distortion processors and amp sims out there suitable for bass. Sometimes a simple tube-warming effect is all you need to add a little subtle fatness, like the many plug-ins that simulate slight tube drive or tape saturation. I always liked the Tech 21 SansAmp on bass, and Pro Tools includes a well-modeled plug-in version of that unit. Most of the popular guitar amp modelers also include options that can add some nice grit & girth to clean bass tracks, including Softube’s Bass Amp Room and Logic’s built-in B.A.D.—Bass Amp Designer—which, like most bass amp sims, includes models of classic bass amps like the Ampeg SVT and Fliptop, along with modern bass amp & cabinet emulations. Any of these can add that finishing touch to a good bass part, and there are many freeware options as well, for those on a tight budget.

For the last tip/technique, I’m going to shift gears and talk about recording acoustic—upright—bass. This may seem more daunting, but many of the same techniques apply—I’ll mention a few quick items that would be specific to the big box. While the dynamic mics I mentioned above might work fine (especially on stage), a good large-diaphragm condenser would be appropriate in the studio, to capture the high end and air of the acoustic instrument as well as the lows. On stage, the relatively low acoustic volume of the instrument may preclude more distant mic positioning, but you can wedge a small (pencil-type) mic into the bridge, with appropriate foam padding, and this, surprisingly, can often provide excellent sound and much better isolation.

Fig 6 An upright bass with a mic wedged into the bridge, for better isolation in noisy environments (courtesy of DPA Microphones).

Most upright players (at least the ones who gig regularly) will also have a pickup installed, and once, again, the combination of mic (depth, air) and pickup (midrange punch and growl) can be a winning combination.

And on that (low) note, I’ll wrap up. While many bass parts nowadays are probably laid down with samples and synths, by keyboard players and guitarists, what you’ll get from a real bassist is more than just his sound, it’s the magic in his fingers, and his bass-players’ sense of just what to play to perfectly complement the song—it’s certainly worth a little extra effect to take advantage of what the true masters of the low-end have to offer.

Learn about producing bass lines in this video course HERE.