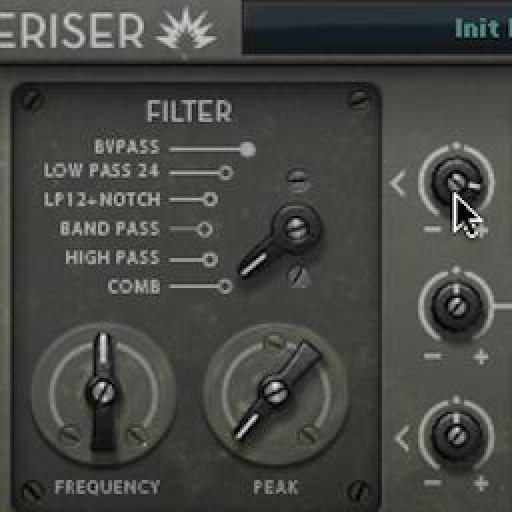 Language
G. W. Childs knows how to uncover sonic gems in almost any awesome synth. Reason's Pulveriser is one such instrument. Explore how to use Pulveriser's Tremor to unlock its potential.

The Pulveriser probably should've had its graphical interface look more like a suitcase, or a burlap bag. It has so many little tricks!

There's Squash, which gives instant soft to hard compression with a turn of a knob, and its brother, Dirt, who adds a light distortion to the incoming signal. Those two knobs alone could technically be their own device and people would probably pay for those two settings... They sound that good!

Then, there's the filter section which has all of the usual suspects in filter types, plus a Comb filter. When you add this feature with the last two settings I mentioned, there's more than enough. And, sadly, because both sections do so much, other features of the Pulveriser often get forgotten.

Not on my watch! The purpose of this article is to clue you in to another major part of the Pulveriser that can add so much fun to your source signals- Tremor.

The main gist of the Tremor section of the Pulveriser is: it's an LFO (Low Frequency Oscillator). This is generally a section of a device that you'd find on a synthesizer, not an audio device.

But, before you go getting all high, mighty, and puritanical, listen... LFOs are very, very effective at producing amazing modulation within any signal, if you have them wired up in the right way. By experimenting with the different types of waveforms in which they modulate by, you unlock several types of effects that you may not have had at your disposal previously.

How Does Tremor Work?

By default, Tremor does nothing. You actually have to assign it to modulate either one, or both of it's available modulation destinations that exist on the Pulverizer.

When you give strength to one of these knobs, suddenly, things get much more interesting...

When you turn the knob on the left of Tremor, that points towards the Filter section, suddenly, the Frequency of the Filter is being modulated in new and crazy ways. This can be especially cool when modulating a filter like the Comb filter. Suddenly, you have phasing going on! 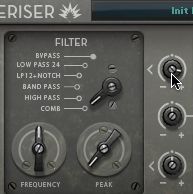 But, keep in mind that this is actually in the low, low settings of the Tremor's rate, when there is no sync. Where things get really cool is when you begin to speed up the rate when the Tremor is not synced. I'll keep my Comb Filter setting where it is, but I'll move the Tremor's rate up and down. Up in to the much higher speeds with some automation... Notice how wild it gets!

What Else Can Tremor Do?

Well, it can also modulate the Volume knob of the Pulveriser. This can create the ducking, and sometimes pumping effect that many artists are using on synths to make whole notes rhythmic, and so on. Again, when Tremor isn't synced, the Volume modulation creates more of a ring modulation type effect that can be very, very cool.

Also, using the Follower, the Tremor can be modulated as well to give off modulation that is rhythmic and noisy. Give it a shot!