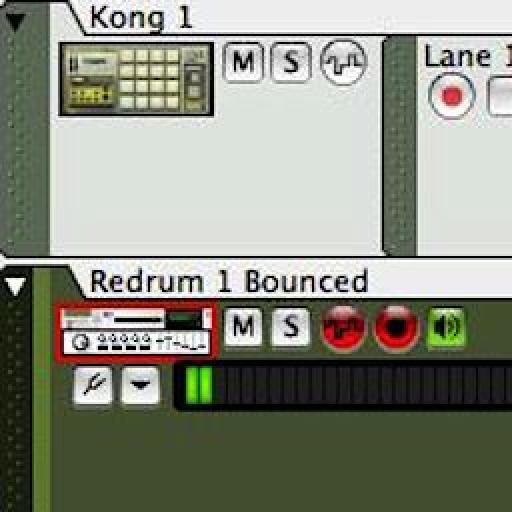 Language
Switch on the radio or TV and you'll hear the use of samples in music or foley. They're everywhere! G.W. Childs shares 3 tips for Propellerhead Reason users on making best use of our sample libraries.

Sampling is an art form that has evolved in huge ways since the first digital samplers first made their way in to the hands of the every day, modern musician. What was once a very simple procedure of sampling short loops of music, or small bits of news footage, has evolved in to several gigabytes of multiple samples to create one patch, and this is just one example of a modern sample patch!

Sampling has also become more seamless. If you consider that a good 75% of the theatrical trailers we hear tend to be samplers under the guise of an orchestra, you can really blow your own mind. Seriously, they sound so real, so authentic, and often times it's just a guy in his room (although a very expensive one) with a computer, programming orchestras, by playing them out on a keyboard... Just like you and I.

What I've begun to find interesting in the last several years is how the act of sampling has fallen by the wayside. Don't get me wrong, we all still use samplers, though they are usually software-based, but we are often times using pre-made sample libraries not libraries we created ourselves.

It's almost like my thoughts were read as they occurred, because Propellerhead introduced actual sampling into Reason a few years ago, with Reason 5. Sampling became easy, and fun again. As a result, my sample library began to grow with samples that I actually created. And, as I latched onto sampling in Reason more and more, I began to discover ways to create an even bigger sample libraries, through clever features that Propellerhead included in Reason 5 and 6. In this short tutorial, I'd like to show you some tips, that if used correctly, could help you build a very nice personal sample library.

This may seem like an obvious one, but trust me, this feature can really help you break down parts that could be recycled later. You can use the Bounce Mixer function to quickly export whole tracks and loops. If you have a song filled with several drum beats, guitar riffs, and more that could be recycled later, use this function to make easy work of breaking down your song. 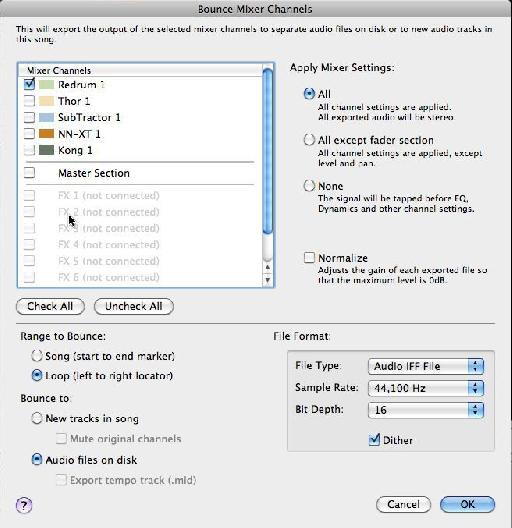 You can also use this feature to convert virtual instrument parts into audio clips. Once you have converted MIDI to audio, you not only free up valuable processing power, but you can also easily bring this new audio clip in to a Reason sampler for more audio psychosis with the next tip...

Have an audio clip that you think could be especially cool if you were able to trigger it from a sampler like Kong (or the NN-XT)? Try right-clicking on the audio sample and selecting Bounce Clips to New Samples.

This feature puts the audio clip into the Reason sample pool, which can be accessed from the Tool Menu > Song Samples Page. From here, you can assign the newly converted sample to any sampling instrument of your choice in Reason.

Tip 3 - Export (From the Tools Window)

If you've created several samples within your song, like drum sounds, FX, loops, etc. that you'd like to use later, share with a friend, or sell online, use the export function to quickly get them in a folder. 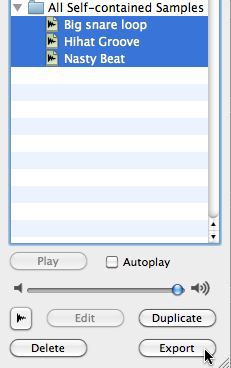 One big tip: You can Shift-select several different samples within the Song Samples page of the Tools window, and then press Export. Once you show Reason where to export the samples, you'll have a folder filled with new song samples waiting for use.

After you learn to strategically use the functions listed above for your sample library, I guarantee a large climb in not only the variety of samples at your disposal... But, also a large library that really matches your style, and personal aesthetics. Try these out!