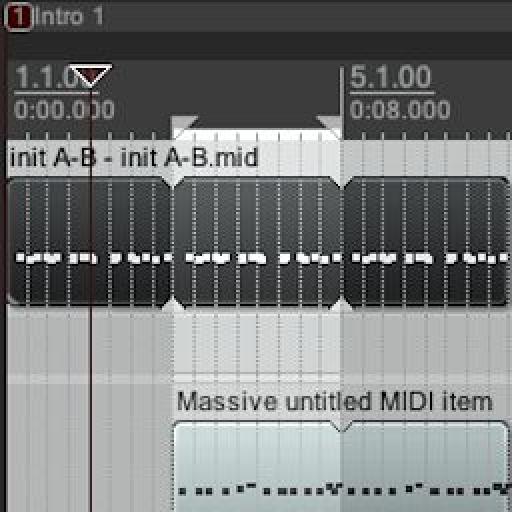 Language
G.W. Childs returns with a tutorial on how to actually build a song in Reaper. Yes, this is all about arranging your track, workflows and more.

We've covered a lot of territory on Reaper in the last several articles! We've gone over the unique bits of polish that make Reaper unique, we've gone over it's similarities with other DAWs, it's capabilities, etc. It's been fun, and hopefully, we've both learned a lot.

In this final article, I thought we'd go over actually building the beginnings of a song within the arrangement window. Let's see what Reaper's workflow is like, together. I'd like to show off how similar it's workflow is, in comparison to the more widely known DAWs, but also the bits of polish that set it apart.

Step 1 - Laying Down Some Drums!

Normally, when I do a tutorial on arranging in an application, I usually start with a project I've already got going. This time, I decided agains this. I thought it would be cool to start off from scratch in a purely Reaper fashion. 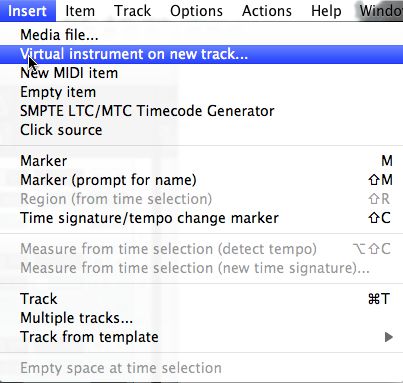 With that being said, I'm going to start with laying down some drums! I'll go up to the Insert Menu and select 'Insert Virtual Instrument on New Track'... 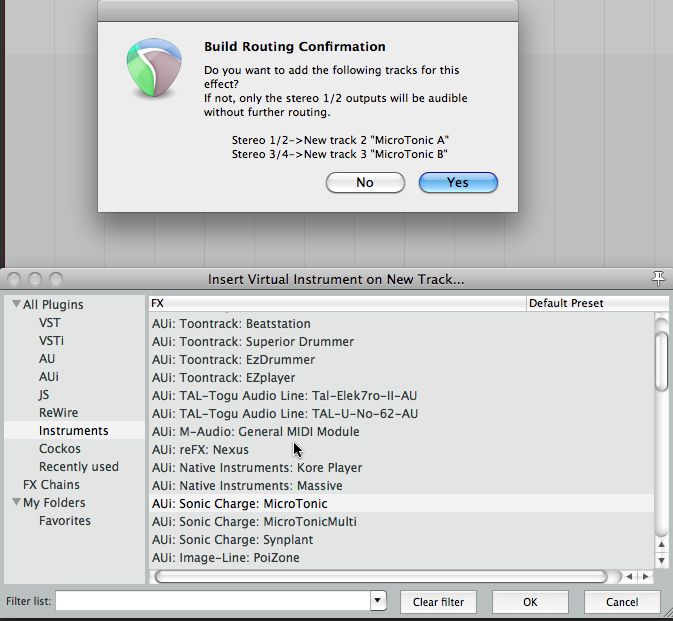 I choose the Microtonic Drum Module, because it's one of my favorites. After selecting this plug-in, Reaper asks me if I'd like to have the application build an extra audio output, in basic words. The thing is, Microtonic has two virtual outputs if you run it in Stereo mode. Whats slick is that Reaper picked up on this automatically. I go ahead and push 'OK', but really, what I'm saying is 'Hell Yes!” Microtonic makes two audio tracks for my drum module. Cool! 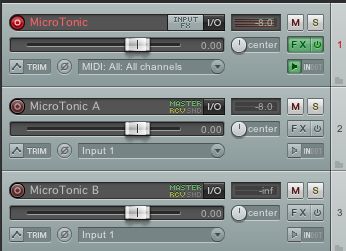 I start by programming a drum beat within Microtonic. As I'm doing a Reaper tutorial, you'd think that I'd program drums using the Reaper sequencer. And, yes, this would normally be the way. However, I'd like to test the drag and drop MIDI system in Microtonic to see if it works in this application. Many virtual drum instruments like EZDrummer, Superior Drummer, BFD, etc have a drag and drop MIDI feature where preset, MIDI drum loops are available. Surprisingly, many DAWs have been known to have trouble with this function. Let's see if Reaper does...

Thankfully, my drum pattern drops in without a hitch. As I go back to play, there are no problems whatsoever.

Before I start bassin', I already start looking for features that condense superfluous tracks that aren't currently a major part of my project. My drums are working fine, but I don't want the two audio tracks created for the Microtonic taking up valuable screen real estate on my 15” laptop screen.

I use the folder function available on every track within Reaper. This quickly condenses everything so I have even more room. Later, of course, I'll start sending different parts out to separate tracks on my drums, but at the moment, I want simplicity and room to breathe.

Now for some bass. I'll use NI Massive for this particular task, it's huge, and I wouldn't mind seeing how a plug-in that is known to be quite demanding will do with Reaper. I draw in a smooth little bass line and produce a patch that I like. Granted, I don't do anything that taxing, but it sounds good and just where I want it. I check out the performance meter... Only 13%, nice! 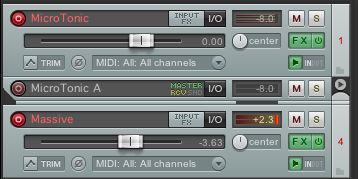 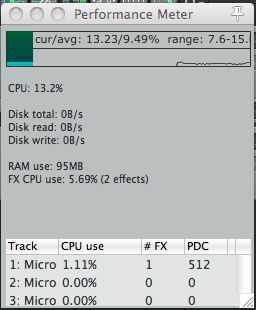 At this point, I'd like for these clips to repeat a little longer. Thankfully, Reaper has that the loop feature where you can move your cursor to the middle of the clip and drag. Instantly the part is repeated.... I drag for a full repetition of my drums, and then move my bassline over to where it starts after the first repetition of the drums on Measure 3. Dance mix, right? Gotta have that kick up front. Then, I select both clips, and drag them both out to where I have another drum repetition, and now, I have a bass repetition. While working with the arrangement window, I'm pleased to discover how easy Reaper is with a track pad. I tend to do a lot of my compositions in an easy chair with my laptop. When I get to a point where I'm no longer doing foundational work, I go to my actual studio where I can play keyboard parts, etc. What's cool with Reaper and a track pad is that you don't have to hold down any modifier keys for zoom, or scrolling horizontally in the arrangement window.

It took a little getting used to, but I really began to prefer it, as opposed to holding down Option-Command, and Shift-Option-Command, in other applications.

Now that I'm starting to have a very crude form of an arrangement, I feel it's time to start adding in my markers early. This, I find, helps me keep on track, and keeps me from spending two hours in loop mode playing around. I go to the Insert menu, and choose Marker (Prompt for Name). This causes Reaper to ask me upon creation of my marker what I would like to name it. You can always go back later and change it. I just prefer to have everything labeled off the bat, as I seriously use markers as a means of keeping myself productive and on task. I call the Marker Intro 1...

Marker placed, and now I'm ready to move on to building up my song until completion! As you can see, Reaper works in a similar way to other DAWs out there, but it's as if Cockos, the developer, was studying the other applications and trying to find additional ways to polish existing workflows... Which, ultimately culminated in to Reaper. There's definitely an addictive workflow here.

To lear more about Reaper, check out the videos in this new course by Gary Hiebner: