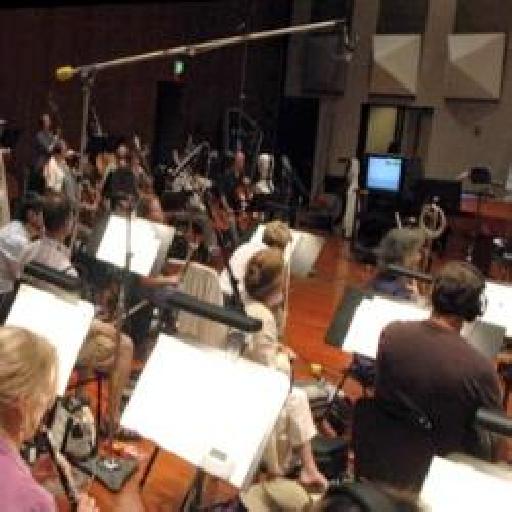 The Never Ending Quest for the Perfect Mix

Language
Chances are that if you're reading this blog post, or you are surfing around macProVideo.com, you want to improve your audio mixing skills. After all, it is the "Minds Ear" which creates the mental im

Chances are that if you're reading this blog post, or you are surfing around macProVideo.com, you want to improve your audio mixing skills. After all, it is the "Minds Ear" which creates the mental image from what we are listening to. How well the program material is ultimately mixed is going to make that image sharp and clear, or hard to deduce. I might restate that, since there is not a right or wrong way to Mix, the better the mix imagery, the better the listening result.

macProVideo has taught me a great deal. There are so many tutorials I can pull out to mark what and where I learned a specific pointer but, for this post, I have two specific recommendations that really target the heart of this topic.

In Logic 303, long time pro and master trainer Steve H. shows how the basic tools on the channel strip behave with respect to the differences of a pan control vs. a balance control. He goes deeper and explores the concept of a Stereo image and that of the Monaural track and how the two correlate in a phase relationship and even more importantly, how the two can be manipulated to create imagery which is the crux of the lesson. In a simple to understand and well laid out series of events, Steve goes through the difference of a Pan & Balance control to a Directional Mixer and a full blow remix of some 80s music which he quickly changed into a Modern day tricked out hip tune.

Along the way Steve reveals the changes and manipulations of the track's sonic dimensions which by all accounts were incredibly valuable. His manipulation of the imagery even touches on the principles of reverb although he does not intend to teach this, it's fascinating none the less. 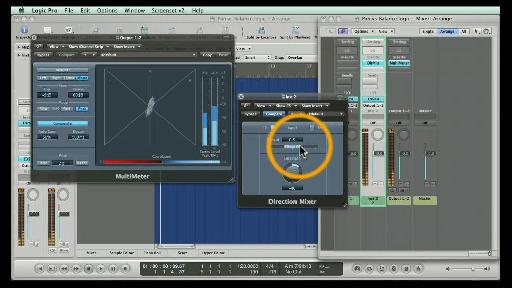 The end result is full control of the mix's stereo field, depth, center area and creating more space for additional vocals, instruments and just about anything else that could be added but done so that it will heard with a distinct position within the mix. In 4 bite-sized videos, the viewer is granted a significant insight into manipulating and gaining control over the dimension of the mix which is the ultimate goal if one wants to achieve the 'Ultimate Mix'.

The concept of Sonic Dimension Mixing, which is the title of Greg Townley's mixing tutorial journey, gives us a look into the brilliant mind behind that sound track you're hearing in the film you're watching. This is a full blown step by step conceptual lesson on how to create space, depth of field and in Greg's own words, different dimensions.

In Sonic Dimension Mixing, Greg teaches you about what he calls the "Way Way back" dimension, the middle and and the upfront area. He points to a concept in which sound is listened to and analyzed in the listening mind as having front to back, left to right and top to bottom. All of these components are the true mastery of controlling where a sound "is" with respect to the listening mind and that makes it possible to achieve a much better mix in the end. 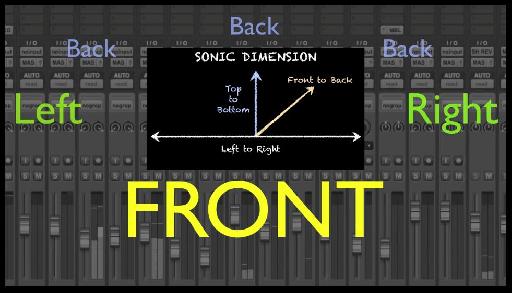 If you're working with a great singer, it will be difficult to keep everything out of the way but still sharp and distinctive unless these principles are mastered to some degree. Greg shows you how each piece of the puzzle is treated by building a series of rooms and spaces in his mixing council which he access based on the "Sonic Dimensional needs" of those parts.

In short, there are a great many excellent tutorials available on the macProVideo.com website, but in my opinion, there are some real gems that an intermediate to advanced producer will find extremely valuable.