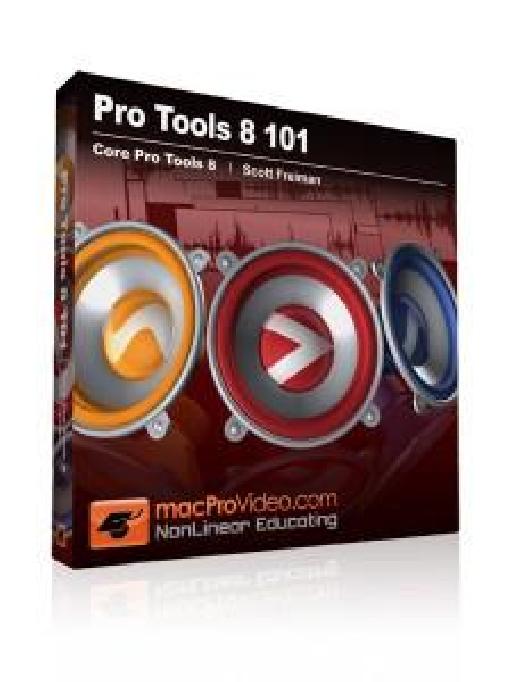 Language
The Avid Pro Tools User In 2004 I was at the NAB tradeshow presenting Logic on behalf of Apple. This was the year that Apple first unveiled their newly purchased Logic Pro to the world, and at that sh
The Avid Pro Tools User
In 2004 I was at the NAB tradeshow presenting Logic on behalf of Apple. This was the year that Apple first unveiled their newly purchased Logic Pro to the world, and at that show our stage was set up directly across the aisle from Digidesign's Pro Tools demo stage. Interestingly, every time I stepped up to do my Logic demo, the Pro Tools presenter would CRANK their speakers to the max and drown out my entire presentation ... none of the audience could hear a thing I was saying!
The trick sort of backfired on them ... many of my audience were probably also interested in Pro Tools, but they all got fairly upset with the way Digidesign, at the time, tried to subvert their ability to learn about this new product called Logic. The long and short of it was that Digidesign created a whole bunch of new Logic users simply by being jerks and not reading their market correctly.
Now once again something interesting has happened to Pro Tools. Avid, a company that in the past focused on high-end nonlinear editing systems and video workstations bought deigidesign and thus Pro Tools several years ago to gain a toehold in the audio editing industry. It seemed a very beneficial acquisition at the time as the technology they'd purchased was sure to make it's way into their world-class video editing software. But this never happened ... and instead Avid kept the two product lines separated. It stayed this way until just recently.
Avid has now announced that Digidesign is dead! The old digidesign brand is going away. Pro Tools will remain, but as an Avid branded product now. In fact, I got a newsletter just yesterday announcing that on April 12th, 2010, the Digidesign web site will cease to exist and Pro Tools will now live exclusively on the Avid home page. A big change indeed.
So what does this mean to your average Pro Tools user? Well, maybe the NAMM tradeshow back in January is a good indication. At this show, for the first time, the Digidesign brand was not present. Instead, the booth was solidly branded as an Avid property. But I got a more important glimpse into the future of the product by simply looking at how the new Avid booth was structured.
In the past, Digidesign Pro Tools booths were elaborate productions with several demo stages, lots of action, presenters at pods giving demos ... and workstations you could walk up to to play with their Pro Tools products. They were fun booths that drew you in and made you feel part of a big experience!
But at this year's NAMM the new Avid booth was ... well, it was a very boring affair. There was no stage, and only a few pods demoing the software. Instead of the stages and demo presentations there were several boardroom tables where I assume Avid product reps were attempting to get down to the serious business of making sales to stores (though every time I walked by these tables were largely empty). There was absolutely no excitement at the Avid booth, and I can't help but wonder if this will play out across their product line as time goes by. The excitement of Pro Tools seems to be gone.
I've heard through my sources that almost 25% of the Digidesign staff has been laid-off. Certainly all of my friends on the old Digidesign team are now gone ... all those contacts I spent years making by going to trade shows have all been cut from the company. It's a sad affair ...
Avid claims their customers do not identify with the Digidesign brand, and instead see Pro Tools as an entity unto itself. Because of this, they feel the transition from the Digidesign brand to Avid will be seamless and not at all confusing to their customers. The jury is out on that one, but I for one will be watching the Avid website when April 12th comes.
I can't help but think that the once avid Pro Tools user may become a little less avid once this branding change occurs ... stay tuned.  Pro Tools How To

Rounik
Have you seen this announcement Martin?
http://www.avid.com/US/press-room/Avid-Announces-Agreement-to-Acquire-Euphonix

Avid has agreed to purchase Euphonix! Wonder how this will impact on Logic & Euphonix MC control and MC Mix users...?

Stevesaxman
I'm curious about that too, Rounik!! I have been debating on whether or not to purchase an MC Control and an Mc Mix. I guess they are solid products, but I am a bit skeptical about the future....we'll see, I guess