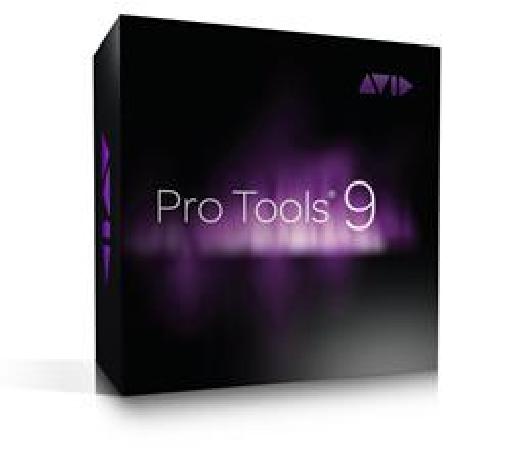 Language
Every time there is an announcement of a new version of Pro Tools, Cubase or Logic, the rumor-mill in the world of DAWs proclaims it to be the "[insert competitors DAW here] Killer". I take these stat

Every time there is an announcement of a new version of Pro Tools, Cubase or Logic, the rumor-mill in the world of DAWs proclaims it to be the "[insert competitors DAW here] Killer". I take these statements with a pinch of salt. After all, there are prominent musicians and producers still running older versions of software that does the job. Whatever new features are introduced in Pro Tools or Logic are often amazing, but they don't render the music created in other DAWs unlistenable overnight!

However, the recent arrival of Pro Tools 9 made me and many others sit up and take note. Not since Ableton Live appeared on the scene has a DAW made such a radical change in the way it's users will be able to produce music. Pro Tools is often referred to as the "industry-standard" Digital Audio Workstation and the changes made to it's ninth iteration look set to have an impact on the professional and home studio musician. In my opinion it may also entice newbees and users of rival DAWs to switch over and join the Avid flock. So what's all the fuss about?

OK. Here's the big one that no one working outside of Avid would ever have predicted. Pro Tools 9 is now hardware independent. You can run Pro Tools independently of the DigiDesign/Avid hardware you were once tied into using and can instead choose from a range of compatible third-party ASIO (PC) or Core-Audio (Mac) interfaces. Imagine then using an RME or MOTU or Focusrite interface instead of an MBox. That's certainly enticing as many 3rd party devices are available with arguably better A/D conversion for the price that what was previously on offer.

This feature has been a long time coming. The good news is, it's available for all versions of Pro Tools 9 and means you'll no longer have to manually compensate for latency issues when using plug-ins and hardware. Pro Tools 9 will sort this all out, as the name suggests, automatically.

Multitrack Beat Mapping means you can correct those glaring or subtle timing errors across multiple tracks rather than one track at a time. Built-in AAF/OMF/MXF file interchange formats across the board as well as MP3 export as standard is also likely to be a popular addition, as they were once paid additions for both LE 8 and HD 8 users. This would suggest that exchanging projects between Pro Tools and other software will be easier and more streamlined. Furthermore, all Pro Tools users can now import Session Data and export their sessions as text.

A new Time Code Ruler, previously only available to HD users, allows for advanced synchronization features between audio and video/film. The ability to set variable stereo pan depths and an updated 7.1 Surround Sound Panner also look to be extremely useful to those working on film and video projects.

There's something extra for everyone in this new version of Pro Tools 9. Whether it will "kill off" other rival DAWs remains to be seen. The standard edition is reasonably priced and with such features as tight integration with Euphonix controllers and it's new hardware independence, it looks like Avid are keen to maintain their "industry standard" moniker in the digital audio workstation world. So what about existing Logic, Cubase, Sonar and Live users who have enjoyed major features and streamlined interfaces for their respective DAWs in recent releases? There are now more reasons to switch to Pro Tools, or at least consider it as a viable crossgrade within their existing studio setup. For any digital musician looking to expand their DAW horizon, as well as their potential studio employability, there has perhaps never been a better time to jump on board and learn Pro Tools.

How will Pro Tools 9 affect you? Are you planning to switch from Logic, Cubase or the like? Or are you new to creating music and ready to join the Pro Tools revolution? Drop a comment below to let us know!

mike
i always have latency issues with my pro tools 8 i have a i mac 2.93.2 core, 4gb with 250 gb glyph and it sometimes is only with 8 tracks and 3 or 4 plug inns will pro tools 9 be better im sick and tired of latencyyyy...