Pro Tools 12: Catching Up To HD

Language
In days gone by there was a large difference between Pro Tools standard vs Pro Tools HD. Joe Albano explores the features Avid's current powerhouse DAW standard edition can brag about.

Regular Pro Tools users have always felt a little like the poor relations of the family, having to make do with a smaller feature set than users of the pricier HD version, and while that’s still the case, a number of formerly HD-only features have been gradually added to Pro Tools 12 in the various updates it’s undergone (so far). Many people become accustomed to the full feature set while working with Pro Tools HD in the studio, only to come home to a smaller rig, where they sorely miss those tools and functions they’ve gotten used to using. For users of the standard-edition Pro Tools, I’ll take a minute to briefly go through some of the useful features that were formerly only in the HD version, but are now available to all in Pro Tools 12 standard edition. 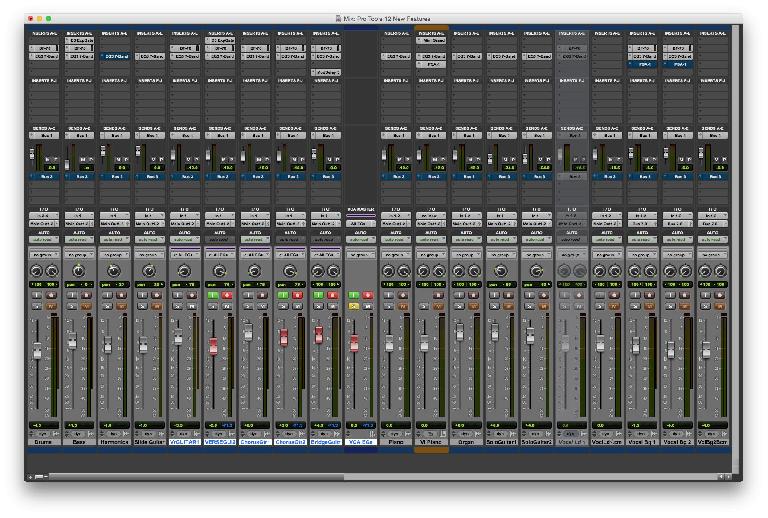 The new additions to standard Pro Tools include an increase in overall capacity—maximum track counts have been upped to 128 audio tracks and 512 Instruments, recognizing that even regular Pro Tools users may want or need to run much larger sessions.

One very welcome addition is Input Monitoring on individual tracks (and its high time, too!), instead of the older global Input-only mode. HD users have had this for some time, and I’d forgotten how much less convenient the global Input option was. 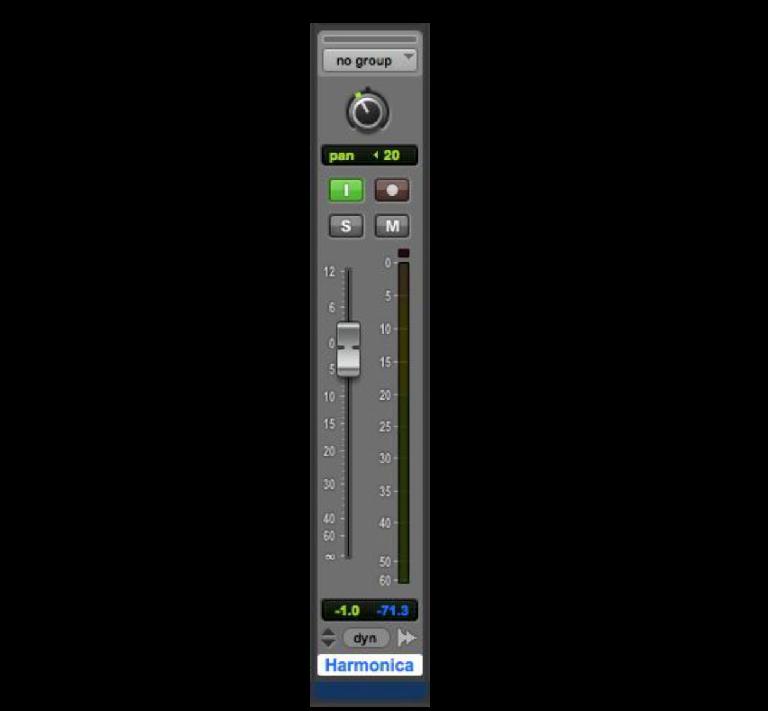 The little green “I” buttons on each track that HD users have been enjoying for years are now available for everybody, giving Pro Tools standard users the ability to more easily set up rehearsal mode for a particular player, and handle sessions with multiple performers with much greater flexibility. 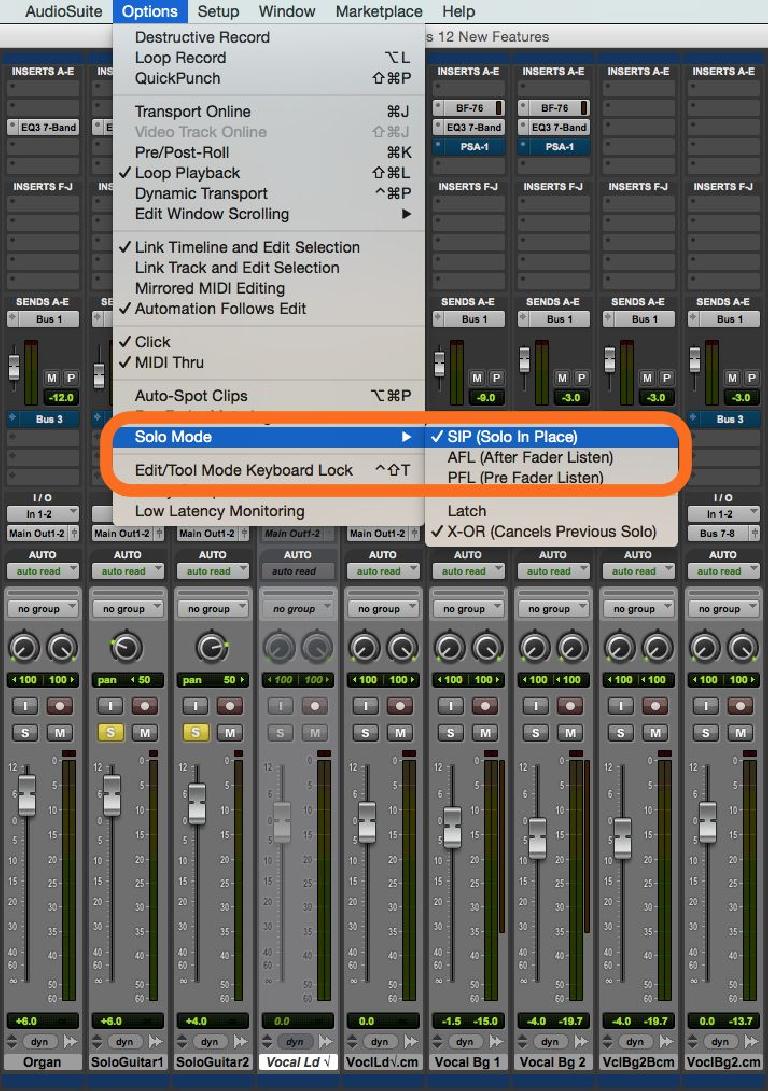 Additional conveniences include the Copy to Send command, which lets you quickly duplicate both static mix data (Volume/Pan/Mute) and dynamic Automation data in the main Track to a Send, which can come in handy when, say, setting up independent headphone mixes that need to mirror the main track. This can be done for multiple selected tracks at once, thanks to an option at the bottom of the Copy to Send dialog box.

Be the (VCA) master of your tracks

Standard-edition Pro Tools users can now also avail themselves of VCA Master tracks. This is an alternative to Pro Tools’ traditional approach to Grouping tracks. A VCA Master track doesn’t pass audio—it works kind of like a traditional console VCA Fader, acting as a Group master control, without having to bus the tracks in the Group through a subgroup Aux. But unlike a traditional VCA Master, the faders on the Grouped tracks assigned to it also move (proportionally), so you always have a visual of the individual track levels. 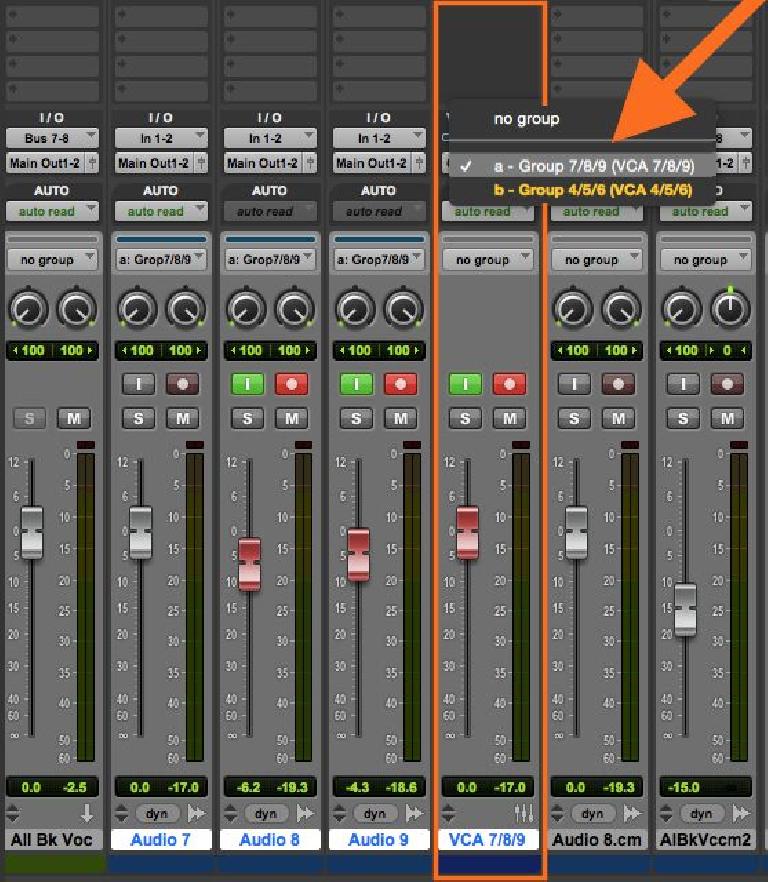 A big difference from using the traditional Group method of controlling several tracks at once is that, in the older Group approach, if you want to edit an individual track within the Group, you have to temporarily disable or Suspend the Group, but when the Group is assigned a VCA Master, you can still adjust individual tracks independently, even while they’re under the control of the VCA Master. I find this much more convenient in some situations, and the separate VCA Master tracks can themselves be organized for more efficient access—overall, another very welcome addition.

Metering for the masses

Finally, HD’s Advanced Metering feature is also now available to standard Pro Tools users. This is a collection of options for different meter ballistics, which can be very helpful in various situations, especially for Post-Production work. In addition to the traditional Pro Tools Sample Peak ballistic, the different meter types include Linear, RMS, VU, and various PPM ballistics, and also provide the three integrated RMS/Peak scales of Bob Katz’s K-metering standard, for optimizing average overall levels in mixing and mastering. There are even a fair number of Metering Preferences, for customizing the response time and visual appearance of the meters. 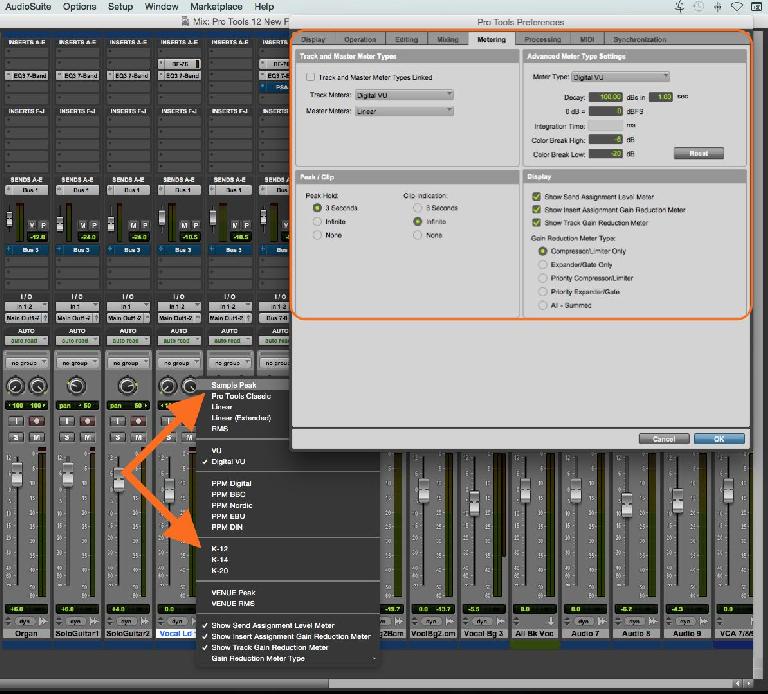 Advanced Metering also brings with it the Track Gain Reduction Meter, a small display in any channel strip that has plug-ins from the Dynamics category. (Unfortunately, it only works with “supported” plug-ins—I couldn’t get the meters to come up with any of the third-party compressors I had installed, but it did show for all the built-in dynamics plug-ins, including the new stompbox effects bundled with Pro Tools 12). The Meter provides options to show gain reduction from either Compression, Expansion, either in turn (with preference given to one or the other), or all dynamics effects together. With all the compression applied in modern sessions, it’s quite useful to have a visual indication of it right there in the Mix window, to help you get a handle on the degree of processing you’re applying as the mix progresses.

State of the DAW

All of these former HD exclusives are welcome additions to users of the standard edition of Pro Tools, bringing useful and essential features to the more affordable version of the program. Of course, there are still HD-only functions—most notably, these include Surround mixing (up to 7.1 support), advanced video handling (multiple video tracks & playlists and video editing tools, maximum (hardware) i/o , and, of course, other hardware support, but this latest version of Pro Tools standard goes a long way to narrowing the gap.