Language
Pete Townshend talks about the process of recording and writing with his ASP8024 console, and how a large console affects his recording workflow in this video interview.

Talking about the Audient ASP8024, Pete Townshend explains that he used this desk in a studio in France and had a similar one in Twickenham. He used “the 8 outputs and the Audient surround sound module to provide a way of doing 5.1.” He used this desk to do a 5.1 mix of the old masters of The Who’s Tommy.

Watch the 5 minute interview with Pete Townshend where he talks about the console he can’t live without:

There are many features of the ASP8024 that appeal strongly to Pete Townshend. The design is a big part of it: with everything being within easy reach. “It’s a desk you can physically work at,” Townshend explains, “It’s hard to fault… and it’s not just the ergonomics of it.” 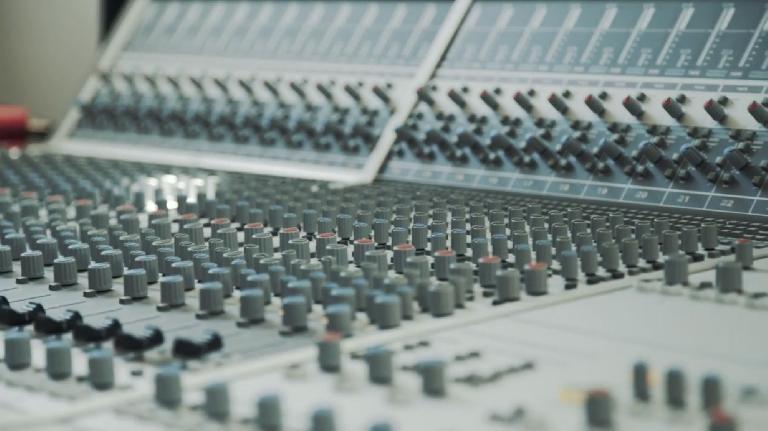 Close up of the Audient ASP8024 console.

Pete talks about how when recording any new instruments there’s a row of faders he goes to immediately. In the video above he explains the basics of the ASP8024’s signal flow which is well designed.

When mixing, there’s two faders for each track and the EQ can be split so the treble and bass or mids can be assigned to one of these two faders. So effectively with the two EQs per track, Townshend explains he can do a “really complicated analog mix with loads of channels and still have a degree of control over the EQ without using loads of outboard.”

If working with a band, his desk provides up to four lots of stereo headphone outputs or use eight sends to a headphone box for finer control. The ability to have 24 groups is unusual for desks of this nature too, and it’s super simple to get to by the touch of a button. No patch chords required.

Pete sums it up by explaining of the 8024 that “to have a desk of this quality and this capability is quite extraordinary. It’s really beautifully laid out and the inline philosophy is great.” At the end of the day Pete Townshend believes, “when you move this desk anywhere, you’ve got a studio!”

Pete Townshend: “when you move this desk anywhere, you’ve got a studio!”

That basically sums up how integral the Audient ASP8024 is to his recording and mixing workflow.