OAK Turns Your Tabletop Into An Augmented Reality Musical Instrument

Language
Now here's something a little different. You may be used to your tabletop being a tabletop. What if you could turn it into an instrument, battleground or even a spaceship? That's what OAK can do.

This inventive augmented reality playground is not just designed for musicians and producers. But when you start to consider how powerful this could be for music creators the mind boggles. Much has been made of accessible music making tools recently, and the democratisation of music-making software and hardware... OAK brings that concept to a new level by turning the desk or table you're sitting at into an interface you could play and be expressive with in conjunction with an iPhone. Oh and there's a developer kit so you can create your own musical (or non-musical) augmented reality playgrounds...!

Here's what the good folks behind OAK have communicated with us about their new project:

Oak is a dock for your iPhone that turns any tabletop into an augmented reality playground. Just place your phone on the Oak dock to get started. Oak comes with different Kits that let you immerse yourself in AR, whether you want to play drums, fly through space or create your own app.

OAK is currently available on Kickstarter. It has already smashed past the goal of $30,000 in just 2 days!

The Rockstar Kit lets you play any instrument anywhere. Just place the included pads down in front of Oak and break out into a jam session. Carry a music studio in your pocket! 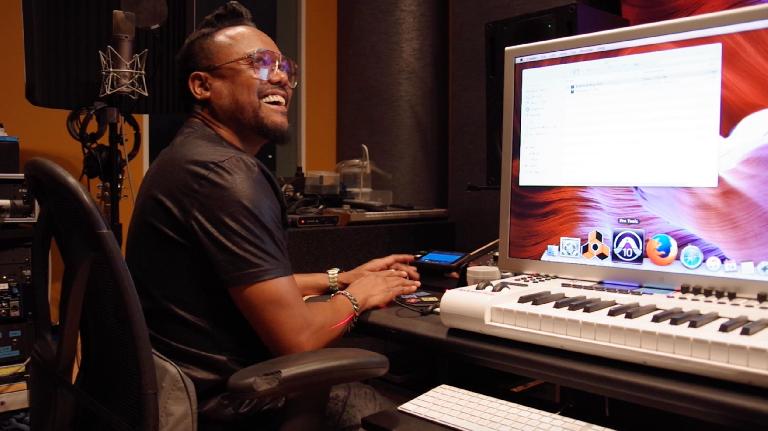 The Gamer Kit turns your table into a battlefield. Collect powerful AR trading cards, place them in front of the Oak and watch them come to life as you battle your friends.

The Explorer Kit lets you pilot your own spaceship. Use a toy ship to dodge asteroids and battle enemies as you explore deep space. With your ship in your hand, you’re in full control.

The Developer Kit lets you create your own augmented reality apps. Our powerful SDK is built on top of familiar iOS APIs to make developing AR fast, affordable and easy. 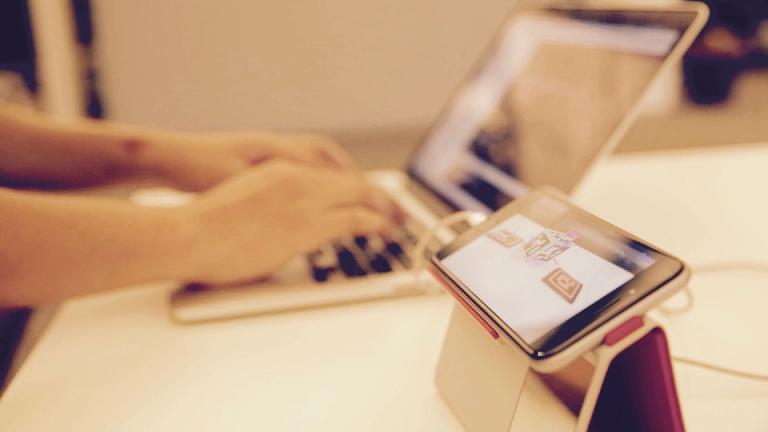 Oak uses patented computer vision technology to see and understand the space in front of your iPhone. The items included in the kits are what we call totems. Totems are simple pads, cards and plastic toys. Oak uses these totems to control the virtual world. Oak also includes a laser in its base that detects when the user is interacting with totems. Just place your iPhone on the Oak Dock, launch the Oak App, pick up an Oak Kit and play! 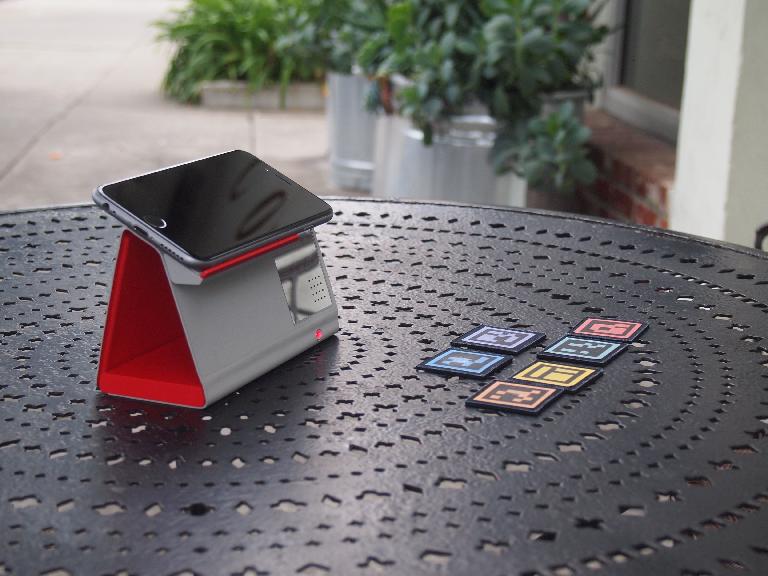 The idea first started as an art project – to turn the walls and floors of a building into an augmented reality musical instrument. At the projects premier, a little girl’s wonder with the musical instrument inspired us to push the idea further. After many iterations, an intense accelerator program led by Intel Education, and countless hours of development and user testing, we have built a platform with a simple goal – to share the childlike wonder of augmented reality with everyone.

If augmented reality is the future, then we need to get AR into as many hands as possible – not just with $1000+ headsets, not just with apps that fade in and out of popularity, but with a robust consumer platform that almost anyone can afford. We need a framework that developers are already familiar with – something they can start working with right away to build their skill set. We need a platform that consumers can start using in the real world. We need to build a community and gather valuable feedback so that together we can shape the future.