Now You Can Buy Wave by Genki Instruments, One Ring To Control Your MIDI Music Gear

Wave is the ring that lets you control sound with motion. First shown to the world as a rough prototype at NAMM 2018, Wave by Genki Instruments caught the eyes of attendees and media alike (Reuters, Synthtopia) for it's unique properties and innovative technology.

Wave allows musicians to easily control sound, shape effects or send commands using gestures. With three accessible buttons, users are in full control and can turn the ring on or off as well as change sounds, parameters and effects without having to go back to the computer. Due to it's design musicians never have to take their hands off their instrument while using Wave, and using Wave on top off the instruments adds another layer of creativity to it.

Wave adds a layer of creativity to any instrument. Instead of replacing what you already use, Wave is designed to enhance your current instruments and setup. With three accessible buttons, users are in full control and can turn the ring on or off as well as change sounds, parameters and effects without having to go back to the computer. In essence, the ring allows musicians to easily control sound, shape effects and send commands using gestures. 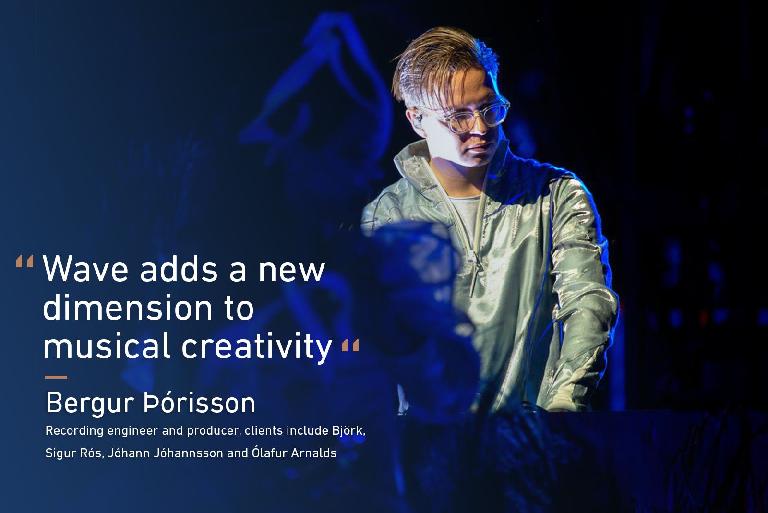 Wave has six different functions, four gesture based, a tap input and button clicks. Every function is completely configurable by users and through Wave's companion software users can quickly combine and customize functions into presets to fit their unique setup. Several presets can also be stored as preset banks to mimic live shows or to enhance and speed up workflow.

Crowdfunded in less than 24 hours!

In 2018, the final development and production of Wave was crowdfunded in less than 24 hours after going live and in July Wave was shipped across the world to everyone who had either participated in the initial crowdfunding campaign or pre-ordered the ring.

After the initial Indiegogo crowdfunding campaign Wave has been well received. It's been used by numerous artists, but maybe most prominently on stage during Björk's Utopia Tour in 2018 by her recording/performing artist Bergur Þórisson. This is a quote from Bergur about his experience using Wave:

"Wave adds a new dimension to musical creativity. It took me a while to realize that the best thing about Wave is not only that it can replace some of the tools you already have to control stuff when you are making music, but that it can make you control stuff in a completely different way, therefore making decisions that you would have never made without it. It’s a cool tool for all creatives and I can definitely recommend adding it to your workflow, whether you use it to replace your old techniques or invent new ones." 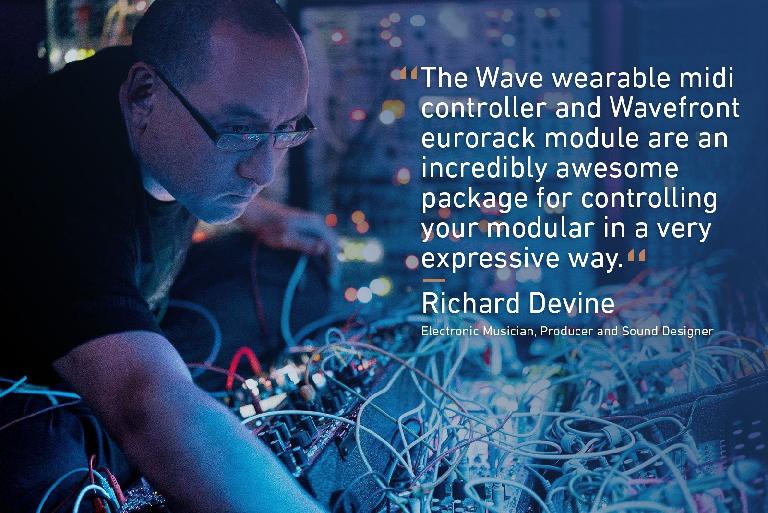 Among other users is Richard Devine, electronic musician, producer and sound designer. He used Wave along with Wavefront, the Eurorack receiver also developed by Genki Instruments. Wavefront is a modular receiver that lets musicians connect Wave directly into their modular Eurorack setup.