Language
Don't imagine for a second that distortion effects belong only in the domain of our guitar wielding friends. Distortion is for everyone! Artists from EDM to Country are embracing it and so can you!

Distortion is often thought of as an effect primarily used on guitars, bass guitars, and in some cases synthesizers. However, emerging electronic music, along with all forms of Pop, R&B (and even Country music) are showing new, creative and imaginative uses for distortion that go beyond simply processing a single, stringed instrument. Join me in a quick foray through some additional ways of using distortion outside the regular, rock n' roll mould.

Usually, if you pile a lot of distortion on a your drums you will definitely loose some of the punchiness, low-end and fidelity. But, one trick that works well for me, and several other producers is to create a parallel track, where a separate, sub-mix of the drums are being played along side the original, clean version of the drums. The end result is a beefier kit that isn't probably as 'thin' as the original drum kit you are working with, and the drums now take up more of the mix. So, if you're like me, and like a really minimal arrangement, this will keep the mix sounding big, even if you've only got 2 to three instruments and a drum kit. If you're running Ableton, try this: After you've built up a nice mix with a Drum Rack, create a separate audio track, and set its input as coming from the Drum Rack. And, make sure you keep your monitor on the Ableton track set to, In!

Now, assign a distortion unit to the second track, and lower the fader a little bit, so that the clean track shines out more, and the distorted track fills in the background with thickness. Remember, it doesn't have to be overt, but just enough to add a little thickness in the back. Also, as you can see in my pic, you'll want to filter a little bit, too! 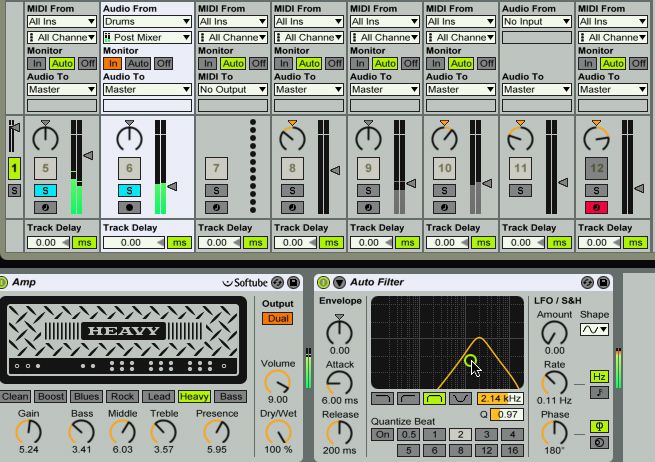 If you're running Reason, try doing this with a Parallel track. It's really easy to set up!

Make A Lead Out of Your Lead!

Guitars, especially where one desires to emulate an earlier time in music history, tend to be the signature lead instrument in any track, due to their ability to fill up a mix…Usually due to being distorted, but also because they are great instruments for playing simple, emotional lead parts that can draw the listener in, while the vocalist is stepping back during a bridge, or something. Synth leads, can actually handle the same frequency range, and can be played with similar emotion and feel. Try bringing up a regular old synth lead from one of your favorite soft synths next time you need a killer lead line for a bridge, or even a hook.

Next, bring up a distortion plug-in like Trash 2 that not only has crazy, elaborate distortion patches, but also has multiple filters. 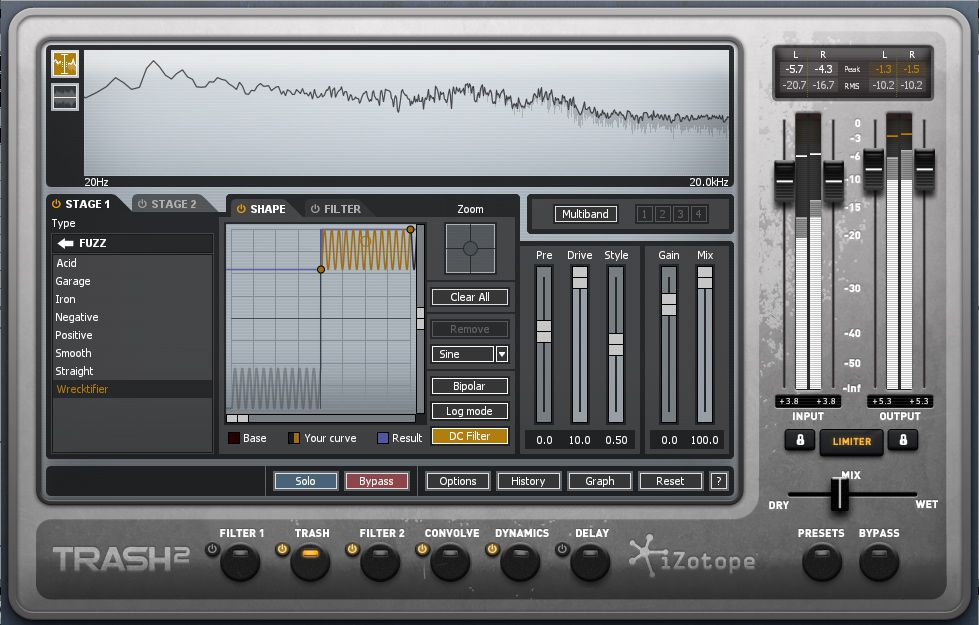 Once you've found a distortion patch, or have created one where there's a nice buzz in the mid-range, but there's enough of a cut in the low-end and high-end that your other instruments aren't being washed out, try looping that section that needs that killer lead, till you get something that works. Once it's dialed, don't forget to start from the beginning of the song to check for flow and continuity, and remember to use the Mix slider! It doesn't have to be totally processed!

Once I've got an effects chain that I like, I'll just record, on a separate track, what the drum loop is sounding like, as it's being effected by the randomizers and distortion for several measures. 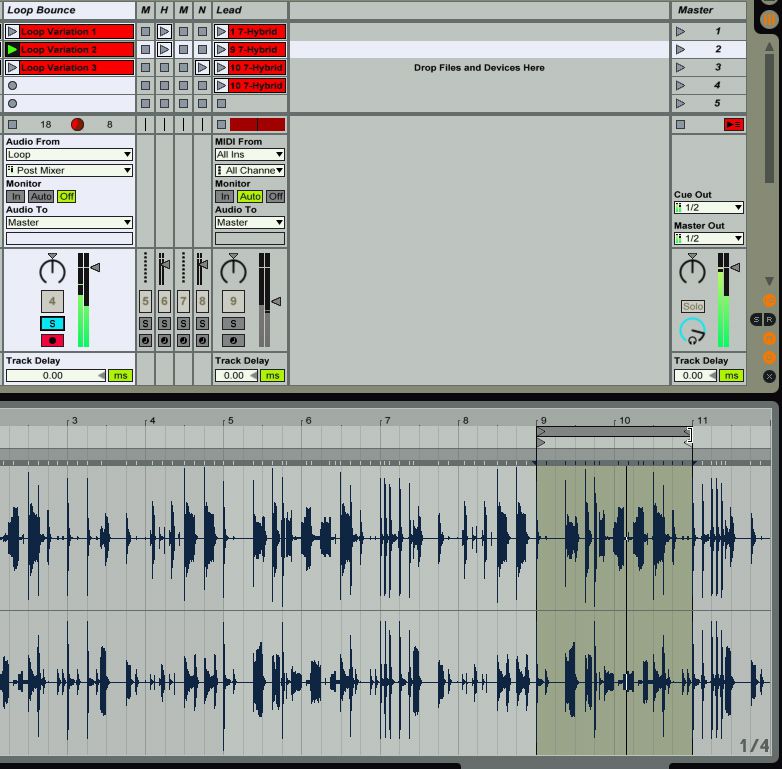 Once I have a solid load of glitched, broken beats, I'll go back through the recording and find new loops, from the old one. I'll just copy them down to their own clips, until I have a selection that really seems to work for my song. And, because I usually have tons of extra, glitched audio, I have ample, extra fodder for breaks, fills and so on.

There's definitely a lot more to be done with distortion. But, I thought with this quick set of examples, you might gain some inspiration and have some fun, the same way I did, when I discovered distortion.