Language
Rest assured we have an in-depth review of the new Traktor D2 decks coming soon on AskAudio. In the meantime, you might be pleased to know it's available to buy from today.
What Native Instruments are calling the next-generation deck for DJs, the Traktor D2, is now available to buy online and in stores.
We've already reported on the intimate details of this portable Traktor performance deck which features a high-res display and touch-sensitive controls. Read more about the D2 here. 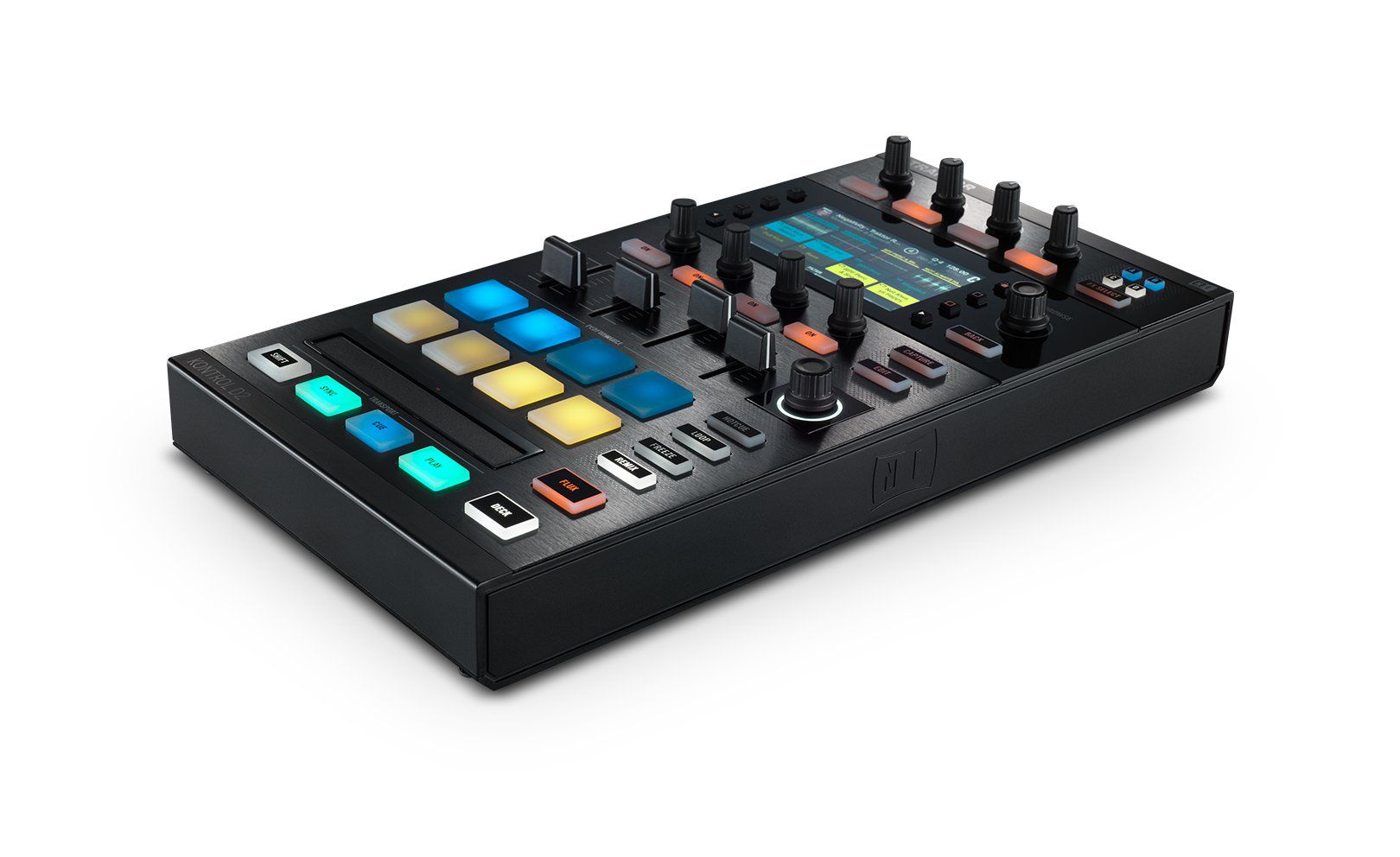 We are working on a review of the Traktor D2 as I type this... here's the D2 promo video to occupy you and whet your appetite some more (as if you needed any encouragement!) in the meantime:
Web: http://www.native-instruments.com/en/products/traktor/dj-controllers/traktor-kontrol-d2/

Berlin, May 4 2015 – Native Instruments today released TRAKTOR KONTROL D2 – the next-generation deck for intuitive, creative DJ performance that takes the DJ's focus away from the laptop. The compact TRAKTOR KONTROL D2's touch-sensitive controls and full-color display provide seamless TRAKTOR workflow and a host of features for multi-channel mixing with the upcoming Stems* open audio format. TRAKTOR KONTROL D2 is now available online and in stores worldwide.
TRAKTOR KONTROL D2 takes advantage of innovative touch-and-see TRAKTOR workflow that makes DJing an intuitive mixing experience. Touch-sensitive hardware and the high-resolution display empower pro DJs to perform creatively on-the-fly with enhanced deck functions and with Stems – the forthcoming multi-channel audio format that introduces the ability to mix with a track's different musical elements individually. Arriving in summer 2015, a TRAKTOR PRO update will make TRAKTOR KONTROL D2 one of the first Stems-ready hardware controllers available. When used with the Stems-implemented version of TRAKTOR PRO 2, the D2's Performance faders, encoders, and pads will instantly correspond to a loaded Stem file's different 'stem' parts for immediate performance.
Designed to minimize bulk and setup time, TRAKTOR KONTROL D2 is highly transportable for DJs on the go. The lightweight, yet robust build features four foldable rubber-padded feet that extend to raise the unit to industry-standard height, or incline it for contoured comfort. Though one D2 alone can navigate through several TRAKTOR decks, two USB ports found on the rear panel allow a second D2 to be daisy-chained to one computer USB port for a full two-unit setup. Connections are further simplified with an included power supply splitter cable that allows two units to be powered using one power supply unit. Other TRAKTOR controllers can also be chained with TRAKTOR KONTROL D2 for more specialized performance setups.
TRAKTOR KONTROL D2 is now available for $ 499 / 499 € at the NI Online Shop and at retailers worldwide.
* TRAKTOR KONTROL D2 will be fully compatible with Stems on public release of the format in summer 2015.
Additional information on TRAKTOR KONTROL D2 is available at:
www.native-instruments.com/d2