Language
Disclaimer: There are rumors of new Roland AIRA & Boutique synths case in a flurry of interest. This speculation is from sources like Gearslutz & Gearnews only. Here's what they think is coming soon.

According to ToyBox in the Gearslutz forums, there have been a number of mini-leaks and rumors relating to new Roland AIRA gear spotted. We’re not doing our own “leaking” or speculation at this stage… just reporting on the original Gearslutz thread which we had no hand in being involved with.

Roland’s AIRA range has undoubtedly been a hit since release. The TR-8, TB-3 and System-1 plug-out synthesizer using ACB (analog circuit behavior) have allowed new technology in the digital realm to “faithfully” emulate the classic analog synths and music machines from Roland’s much loved 303, 808 and 909 days.

And with the AIRA range expanding with modular units, synth lovers have often asked what will be coming next.

Fxproject (in a separate Gearslutz thread) has reportedly outlined that not only will there be a “AIRA System-8” synthesizer with new “AIRA DJ gears (controller, mixer, turntable), but also 3 new Boutique synths.

Gearnews has mocked up what a System-8 could look like. Again, this is NOT a product photo that’s been released by Roland. However, they claim an upcoming System-8 could be an 8-voice ACB polyphonic synthesizer, and point to a leak via Musicians Friend, the US retailer from 10th August 2016. This page has since been removed as has the screenshot. 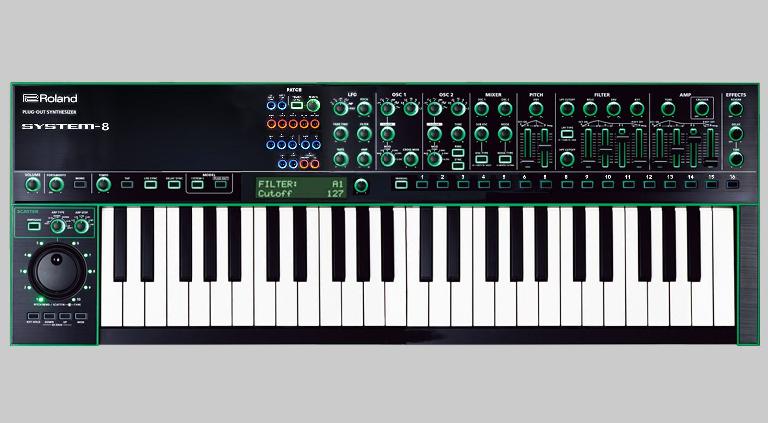 Gearnews has mocked up what a System-8 could look like.

We’re still in the speculation stage, but Gearnews are citing a 9th September 2016 (909 day) release date. So, not long to wait if this proves to be accurate.

Back to the Boutique range. The JP08, JX03 & JU06 are recreations of Roland’s classic synths like the Jupiter 8 and the Juno 106. So, here's a few questions to keep us occupied while we wait for official news:

With so many analog clones of the 808 out in the wild, we wonder whether this would be a shrewd move for Roland or not...

What we can say for certainty is that if there's any new Roland AIRA or Boutique products coming soon we’ll let you know as soon as we know… or as soon as we’re allowed to ;)