Just how suitable is the super expensive new Apple Mac Pro for musicians and producers? Matt Vanacoro has tested one in his studio setup for a month.

It took Apple 7 years, but we finally have our next entry in the ‘professional workstation’ market. The new Mac Pro is a tower, it represents a huge departure from the 2013 design, it’s expensive, and there are definitely a lot of questions out there about how it integrates into a modern music workflow. I’ve had one for a month now, and I’m ready to share my experience. I’m going to lean more ‘real world use’ than scientific specs - I think there’s enough of that kind of analysis already out there in the world and it doesn’t necessarily translate as well to answer ‘is this thing really worth the investment for me’?

Where I’m Coming From

I had the 2013 ‘trashcan’ Mac Pro and I bought it quite early in its availability. The best feature I can bring to light is that I did not move it from where I placed it when it arrived in 7 years. I didn’t have to open it to add more RAM, I didn’t have to upgrade it, I didn’t have to do *anything* to it. I got 7 years of professional work out of that machine without thinking about it for a whit - and it retained $2,000 worth of value upon selling it. Financially, it was definitely a solid investment. 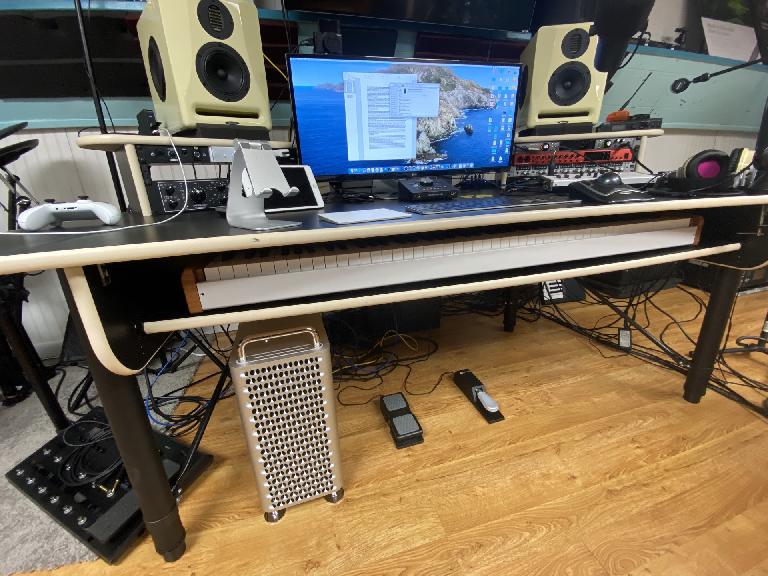 I record quite a bit of music, edit a *lot* of video, and test out more instruments than I can count on a weekly basis. Once we reached the point where I knew I’d be inside for a few months and doing more and more work completely remotely, I decided it was time to shift from the trashcan to the tower.

One of the first arguments some may make about the 2013 design is ‘well, you didn’t add anything to the computer because you really CAN’T add much to that computer’. That’s completely true. This computer is definitely the complete opposite. The tower design is far more standard for upgrades, and there are a LOT of PCI slots (8 in total) available to use. I had a few things lying around from old setups that I was able to use with minimal further investment. Snagging a PCI card for 50 bucks that lets you attach an SSD and turn it into an internal one was a big plus - the read/write speed nearly doubled from when it was in an external enclosure. 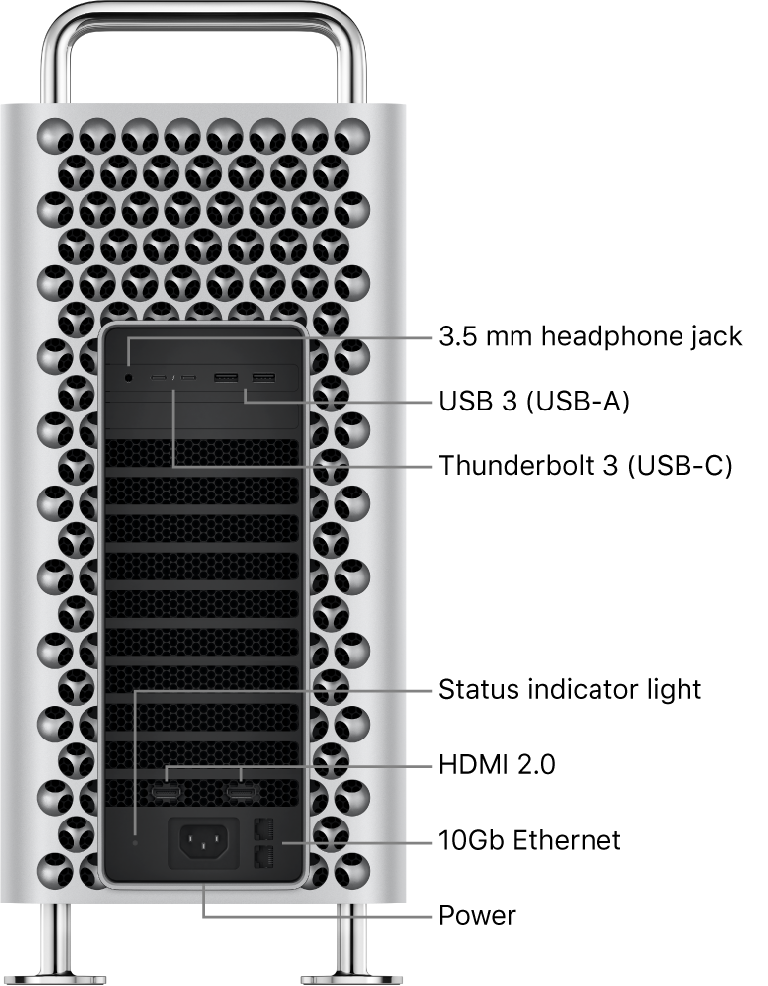 The number of USB-C/Thunderbolt 3 ports on this machine allow for a lot of connectivity. Right out of the box, there are ports on the top, many in the rear, and even some on the video card that can all be used for both displays AND other peripherals. There are also 2 standard sized USB 3 ports on that Apple Port Expansion card that is included. I do wish you could add a second one for more TB / USB buses. Between my audio interface, video capture devices, and more I definitely would like the flexibility to spread the throughput out amongst as many buses as I can. I do think a PCI USB3 card is in my future to keep my legacy devices on a separate bus from my super fast RAID drives and displays.

The computer is blessedly quiet. I was worried about that, and I’m no engineer - I don’t know how they did it, but they did it. Maybe I’m just not stressing it enough for the fans to kick into overdrive, and that speaks volumes because I have thrown OODLES of powerful plugins and instruments at this thing. 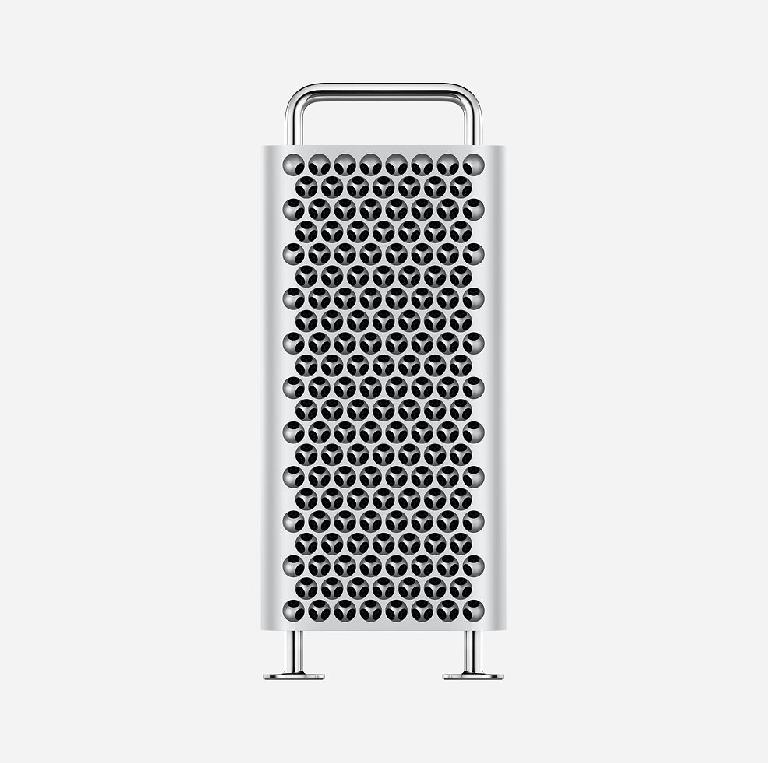 The raw speed of even the base model of this machine feels very much unparalleled. I mainly use Logic and the simple act of moving my instrument libraries from an external SSD to a PCI internal SSD setup sped up load times tremendously. Graphically, having 16gb of video memory and a souped up video card definitely makes the ‘draw’ speed of plugin windows and such extremely fast and responsive. Opening up EQs that use real time analysis, for example, definitely happens way faster and smoother than it did before.

I’ve also been purposefully trying to push this thing (I mean, after all, you drop that much cash on a computer the damn thing had better handle some pushing) and constantly load up the most power-hungry plugins I can. From room simulation to amp modeling, I will be blunt and say I simply can’t feasibly stress this machine out. I’ve loaded up older projects that were slowing my previous workstation to a bit of a crawl and they run like the wind on this machine. Mixing down projects and rendering video is also somewhat ridiculous on the new Mac Pro. I can render projects that took a half hour to forty minutes before in seconds now. I also can confidently keep multiple pro apps open at the same time and bounce between them. I have been known to keep Logic Pro X open while I edit a video in Final Cut Pro and continuously tweak the audio (a feat that definitely felt like I was ‘pushing my luck’ before) but now that workflow doesn’t feel like it’s even a second thought. This machine is definitely that fast.

This machine is darn near perfect for what I need it to do, but that doesn’t mean I can’t dream. There’s a lot of PCI slots open in my computer, and I’d love to have a Thunderbolt 3/USB C card to utilize that PCI bandwidth and avoid using ‘hubs’ and such. We all have plenty of devices that don’t like sharing bandwidth and would feel more comfortable connecting directly to the computer.

I’d also like to see more PCI storage options available directly from Apple at a reasonable price. I know I can go third party right now (and as I’ve indicated, I already have to an extent), but there are reports of certain vendors’ PCI cards being a bit wonky in terms of reliability and while I do have the ability to research and avoid those vendors - I’d rather have a realistic solution to purchase from Apple in terms of PCI storage.