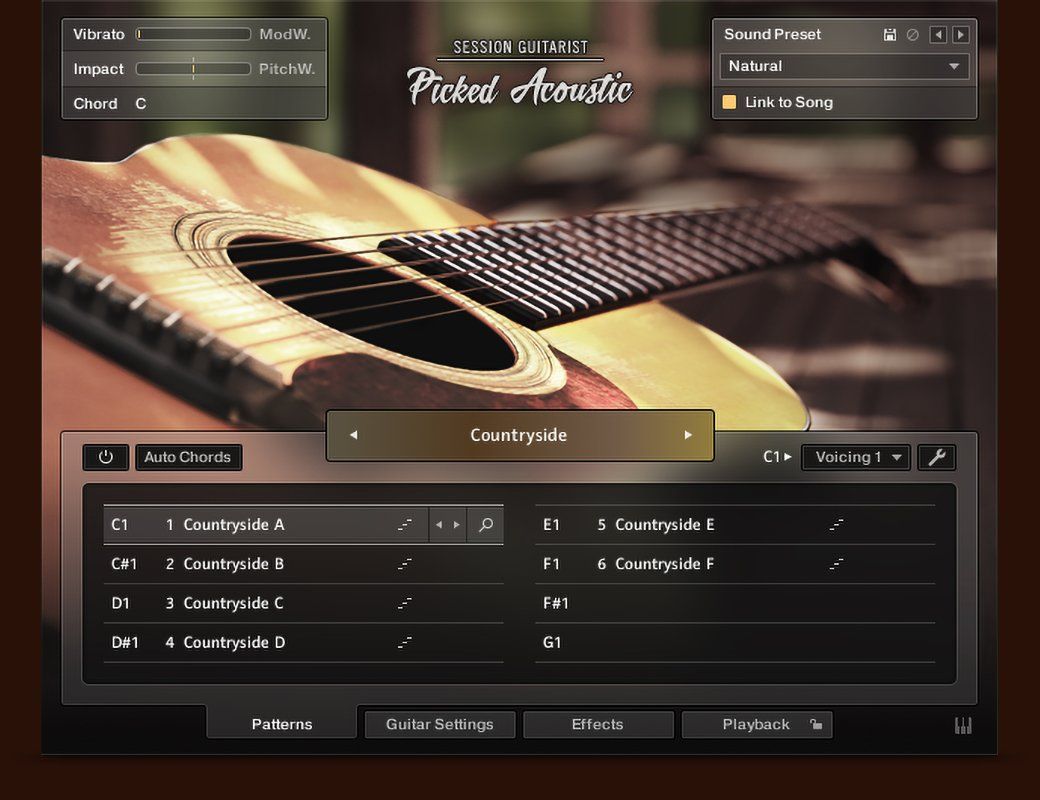 With PICKED ACOUSTIC, users can select from 194 picked rhythms, arpeggios, riffs, and strummed patterns in a range of styles and musical genres – from rock, pop, and reggae to country, folk, and Latin. All patterns can be performed in real time. Users can load the separate, included melody instrument to meld patterns and melodies into one cohesive performance. They can polish those performances by choosing between finger- and plectrum-based picking, adding slides and hammer-ons, and integrating advanced playing techniques, such as harmonics and tremolo.

PICKED ACOUSTIC captures the rich, clear tone of a vintage small-bodied acoustic guitar that is well suited to picked playing styles. The guitar was meticulously recorded with an in-demand session pro using three distinct mic setups, each featuring boutique gear. Users can shift among the mic setups to quickly adjust the sound for a particular project or mix.