Language
All the NAMM 2017 music gear news, interviews and videos in one place. (Updated daily)

NAMM is the biggest music tech industry show on the planet. The AskAudio team are covering all the major new gear announcements from synths to audio interfaces to software from the show floor. We'll be bringing you hands on videos of new gear and interviews with developers and manufacturers so you can start planning your 2017 studio and live performance gear shopping list early, in an informed manner.

While every new announcement will receive its own article here on AskAudio, we want to make it easier for you to see everything at a glance. So, this article will be updated daily before and during the show with links to videos and announcements.

All your gear news from NAMM 2017 in one place. Make sure to bookmark this page and refresh daily to see what's new. 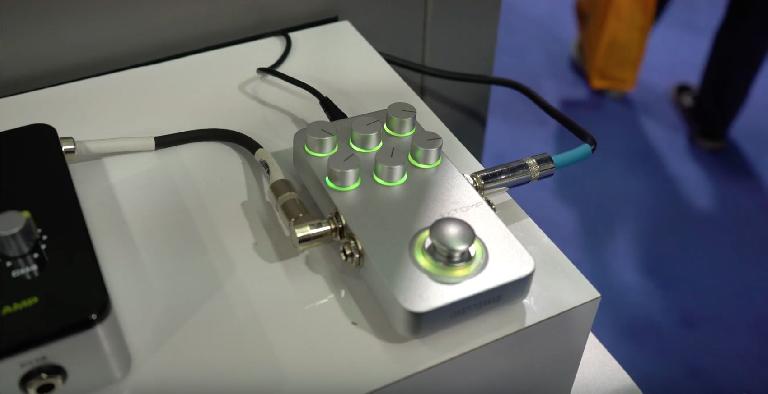 XTOMP is a guitar pedal and processor with a few tricks up its sleeve including Bluetooth, USB, looping and a dedicated app for managing all your preset models. 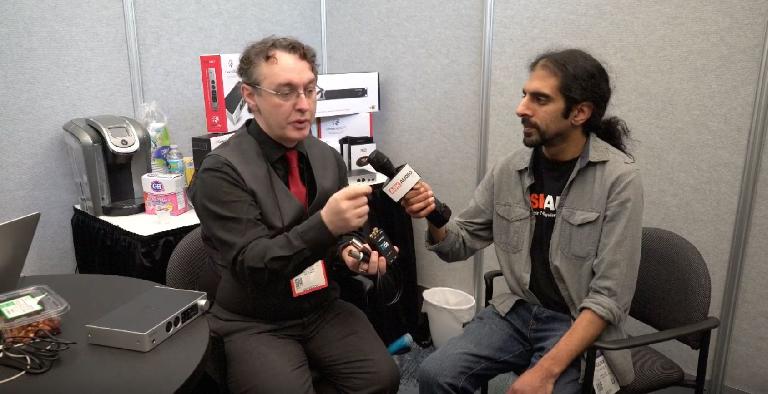 If you use turntables in any part of your production or performance setup you'll definitely want to check out this affordable new specialist interface from iConnectivity.

If you use turntables in any part of your production or performance setup you'll definitely want to check out this affordable new specialist interface from iConnectivity. 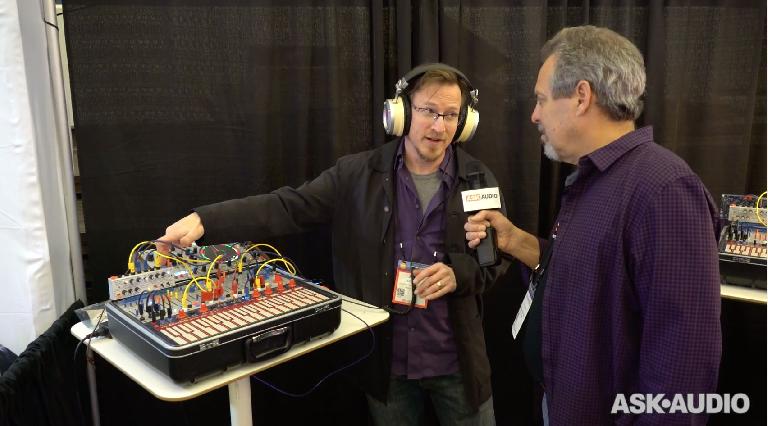 Add even more functionality to your Buchla Music Easel system with this unique and multi-functional AUX expander card.

What if you could build your own synthesizer for under $100 with no need for any soldering? It's not too good to be true - it exists, and it's called the Modal Craft. 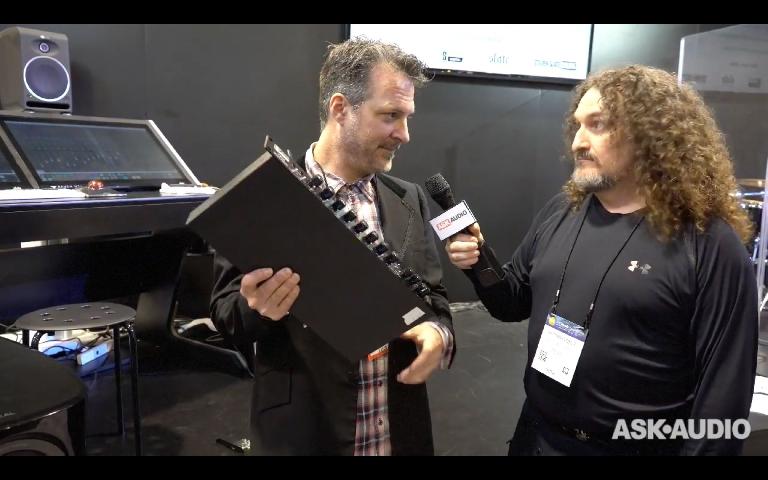 Slate Digital expands its Virtual Studio Technology ecosystem with a new interface and modeling mic. See how they fit into Slate's digital world! 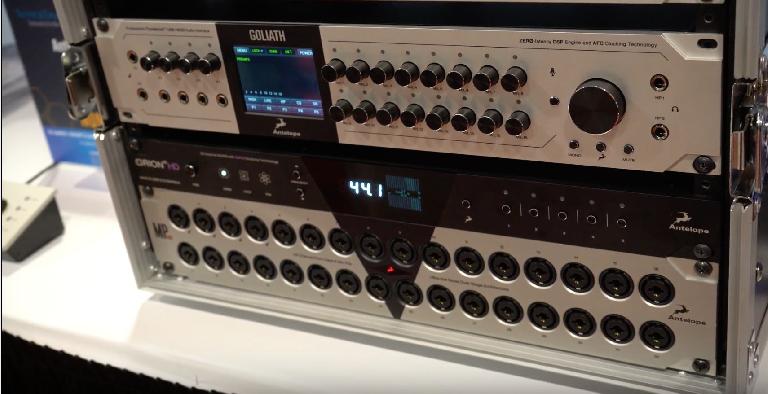 64 channels of I/O, zero latency monitoring, HD compatibility and DSP powered effects? This certainly looks like a powerhouse for working with audio. iConnectivity are aiming to bring their best tech to a new interface that's sturdy, easy to use and very affordable. We got the inside scoop from the company at NAMM.

NAMM 2017: This Neumann U87 Style Mic From Warm Audio Is 5 Times More Affordable 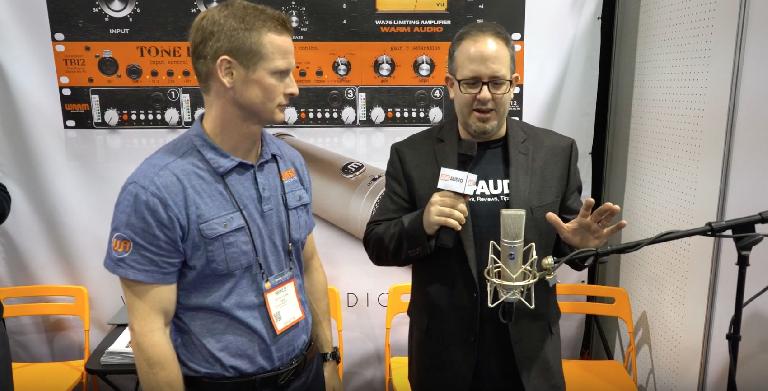 The Warm Audio WA-87 bases its design on early models of another great mic. This time though you might be surprised by the price and not just the sound. 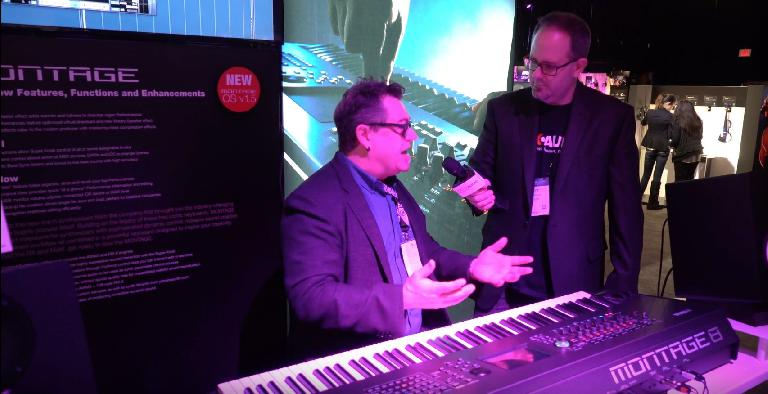 Erica Synths makes some truly unique modular gear and at NAMM 2017 it unveiled additional modules, new systems and revised designs - something for every synth lover! Korg's Kronos gets a special gold edition as well as an updated OS 3.1. We find out what's new. Even more features and a very significant price drop make this a very tempting proposition for anyone wanting to get hands-on control of their DAW projects. What could be better than a mixer that can handle USB audio interfacing and onboard recording too?

NAMM 2017: Faderport 8 Is A New Affordable Control Surface From PreSonus

Take control of your DAW with the latest Faderport 8 control surface from Presonus. In this video we explore the ins and outs and features for this economically priced mixer with motorised faders.

These hi-def USB2 interfaces are designed with a rugged, all-metal construction and some cool recording capabilities.

ROLI's Lightpad Block will soon be able to control just about any MIDI software or hardware you can think of. Hands on with the newest members of Akai's legendary MPC family at NAMM 2017.

Hardware synth specialists Elektron are aiming to make their latest creation as affordable as possible. Cenk from Elektron takes us through the reasons you should be excited.

Our first video interview at NAMM 2017 was with the legendary Dave Smith who showed us around the new REV 2 and their Pioneer DJ partnership mono analog synth, Toraiz AS-1.

At NAMM 2017 one of our first stops was to the Teenage Engineering booth to check out the innovative new Pocket Operator, PO-32 tonic. Its designer, Magnus Lidström showed us how it works.

Not content with one or two new audio interfaces, MOTU are rolling out three! These half-rack USB 2 and iOS, low-latency devices, the M64, 8D and LP32, feature some excellent tech.

Not only is PioneerDJ releasing a true analog monophonic synthesizer a surprise, but this synth (made by Dave Smith Instruments) features circuits based on the popular Prophet 6! Here's all the info.

Softube have got a hit on their hands at NAMM 2017 in the shape of Console 1 MKII. It weighs in at almost half the price of the original, supports over 60 high-end plug-ins and sporting new software.

The first major synth announcement from NAMM 2017 is from Teenage Engineering. The PO-32 Tonic is a drum and percussion synth with built-in microphone and export to AU/VST feature.

One the 19th January 2017 at NAMM Elektron are going to reveal their latest music machine. We don't know what it is, even from looking at this blurry teaser picture... but perhaps we could guess...

With NAMM 2017 so close we can almost taste it, Percussa have announced their new hardware digital modular synthesizer system, Synthor System 8. Here's what we know so far.

To accompany today's announcement of MPC Live and MPC X, Akai Pro have released MPC 2.0 software featuring a new GUI, audio tracks, clip launching, and a whole lot more to get excited about.

Designed for studio and stage, the new MPC Live is a standalone music production centre with new functionality and power over its predecessor in a portable easy to use box. No computer required.

It's here. We've been sitting on this news for what feels like a VERY long time... and now Akai are ready to release full details to the world. Here is the new flagship MPC: say hello to MPC X.

Korg's highly acclaimed Gadget synth collection has made a big move from iOS to Mac. Now desktop and laptop users can take advantage of the exceptional synths standalone or in plugin format.

New portable musical keyboards from Roland offer a nice twist. The concept is these are for novices and music lovers who don't have any formal music training. But there's much to them also.

The Apogee Control is a Hardware Remote for the Element Series and Symphony I/O Mk II audio interfaces. It's available now and here's all you need to know.

The new Fireface UFX II audio interface from RME is being launched at NAMM 2017 in Anaheim next week. You can expect low-latency, flexible recording options and plenty more.

It's real. It's official. It's coming to NAMM 2017. The Korg limited ARP Odyssey is a true 1:1 recreation of the original 40 year old legendary duo phonic synth. Full details, pricing and video here.

Could This Hardware Audio Processor Be The Only One You'll Ever Need?