Language
If you're a guitarist and you're looking for something truly innovative for you next controller then Livid Instruments' Guitar Wing is for you! Wireless, can control plugin effects, iOS apps and more!

Livid Instruments announced today that they are launching a crowdfunding campaign on Kickstarter.com to engage the music community with their next innovation, Guitar Wing. The Guitar Wing is a completely new concept for guitar and bass, providing wireless and intuitive control over software plug-ins, DAWs, iOS apps, MIDI effects units and more. The product will include WingFXâ„¢, a software plug-in that allows players to use Guitar Wing as a three dimensional on-board effects controller, right out of the box. 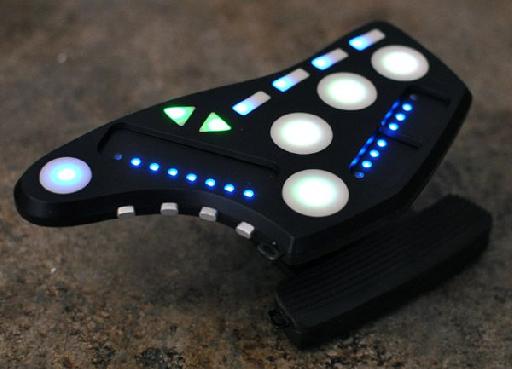 '¨Guitar Wing was co-designed with controller innovator Moldover and with input and assistance from guitar legend Vernon Reid. It is a compact and detachable wireless controller designed to fit the shape of almost any guitar body. The device features touch and pressure sensitive controls, 3D motion sensors and an ergonomic layout. 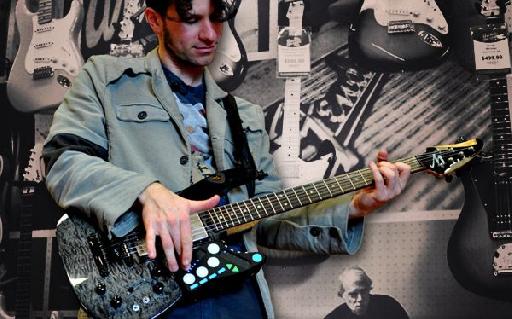 '¨As an expressive control surface, Guitar Wing can act as a whammy bar, multi-effects unit, stomp-box, sampler and studio assistant all wrapped in one. It easily integrates with any software to activate and tweak effects, control recording sessions, trigger samples, create new sounds, and even control lighting and video. The wireless functionality and proximity of Guitar Wing's controls to a user's hands create enormous benefits over traditional approaches to interacting with digital tools.

'¨"One of the great things about Guitar Wing is that it's a simple solution to a common problem for using a guitar with digital technology." says lead designer Travis Redding. "There's nothing like it on the market today, and as a small company, it's a huge risk to innovate at this level. It seems fitting that we'd use a community backed platform like Kickstarter to engage users with this new technology." 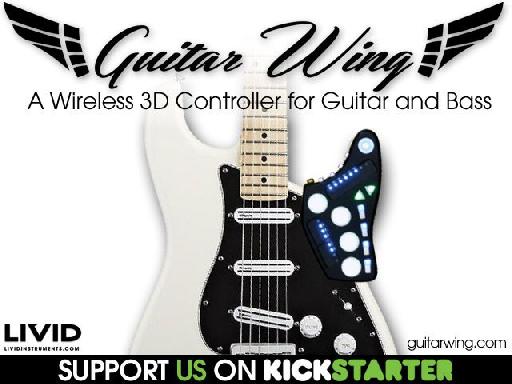 '¨Livid's 30 day campaign will launch Wednesday, January 22nd, 2014. To fund production, Livid seeks to raise $45,000 to tool and manufacture the Guitar Wing. Campaign backers are able to offer their support by 'pre-ordering' a Guitar Wing at a special rate or choose from a mix of other potential rewards.

'¨In support of the Kickstarter launch, Livid Instruments will be hosting live demos of the Guitar Wing in California, from Jan. 23nd to Jan. 26th. Those interested in seeing a live prototype demo are encouraged to make contact with Livid for further details.