Here's how using different kinds of common tones - additional notes held as part of a chord - can add an extra quality to your playing and go beyond simple chord structures.

Whether you are composing, improvising, or simply playing along in a band, utilizing common tones can help you bring an interesting level of stability or dissonance to your chord progression. Whether these notes are held over in your uppermost note, middle of the chord, or lowermost note will dictate what type of common tone it is. Let’s break down these three instances and see what they look like in use.

A pedal tone is a holdover from our classical brethren who also refer to it as ‘pedal point’. Basically, you hold a common tone in the bass region and play some chords over the top. A great way to get your feet wet in this regard is to utilize inversions of chords that can share a bass note - although it isn’t really a ‘true’ pedal tone until you play a chord that has some dissonance to it. 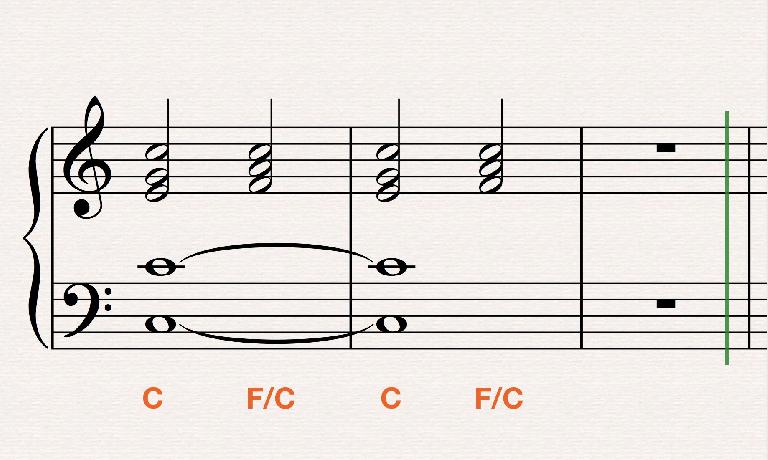 This first example shows a C held in the left hand whilst the right hand moves through some chord inversions that also utilize a C. As I’ve indicated, this isn’t exactly a pedal tone, but it’s a good way to get started. The two chords will sound good together because they both share a common note of ‘C’ which is held in the left hand. 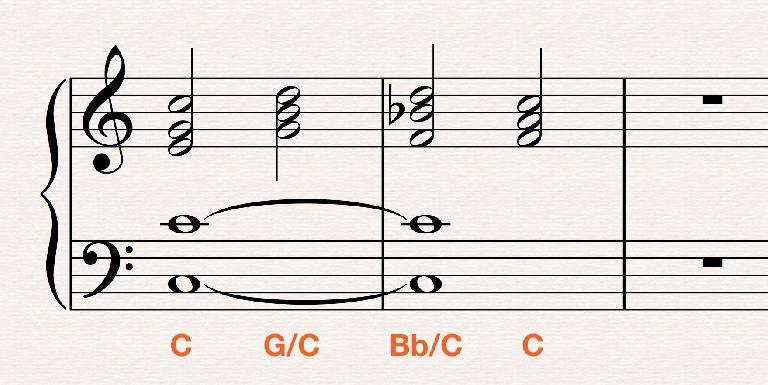 This second example is a little more interesting. We’re holding a C in the left hand, but the right hand is rotating through a few chords that do not utilize the note ‘C’. This creates a dissonance that normally might sound like a wrong note, but because we’re properly utilizing a pedal tone here, it actually sounds pretty cool.

Building Chords Around a Common Note

The bass note isn’t the only place you can hold a sustained note for a cool effect. You can build chords around a common tone that you place in the middle of your chord and it will amplify the effect of the common tone. Check out this example: 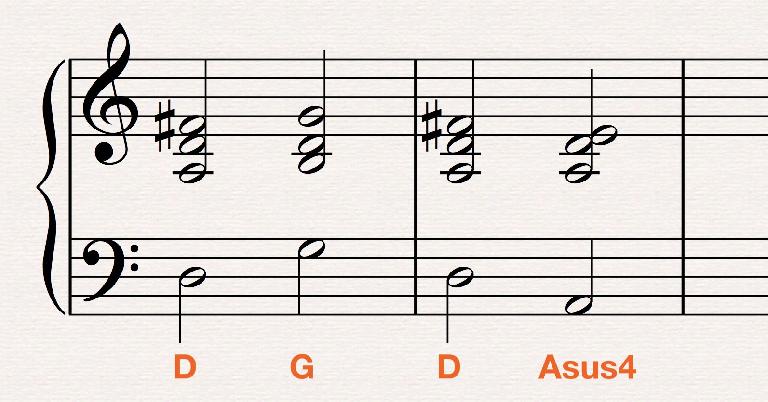 Common Tones on the Top

Utilizing a common tone on the top is a fun technique, because it can call attention to some of the inner voices of a chord, something that the listener doesn’t usually focus on. Since the tone on top is static, the listener sometimes ‘files it away’ in their brain and pays a little more attention to the fun business going on underneath it. 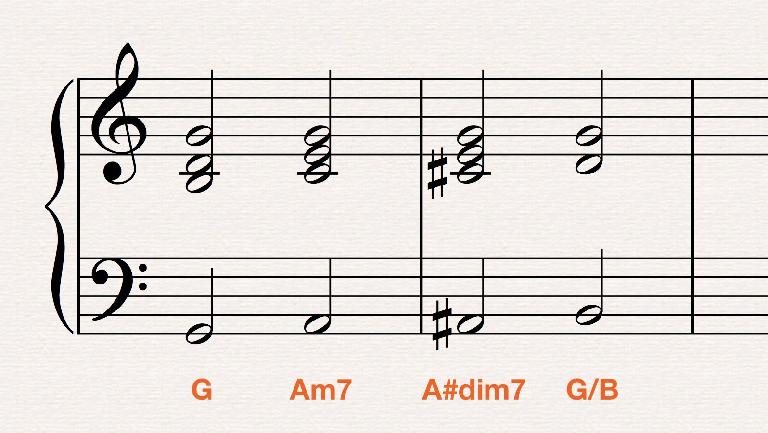 In this example, you can see a chord progression where the top note remains the same the entire time, but the chords below it are moving in an upward progression. This sequence usually resolves to a IV chord, as the chromatic upward motion is a strong motivator.

You don’t have to always keep the common tone on the same instrument! Try having a bass hold down a static tone while moving your guitar through a chord progression. Combining techniques and clever instrumentation will give you some great results!

Xtopher
I appreciate the musical notation, but your examples would be more widely received if you provided a sound sample of each as well. It's pretty much standard practice in tutorials now.