Language
If you're starting out writing songs or writing your own tracks it's a great idea to become familiar with chord structures. Sara Simms is here to help in this easy to understand primer.

When you're writing songs and producing music, it's important to know that songs are made up of chords that relate to each other. If you have an understanding of what chords are, the sounds and emotions they create, and how chords relate to other chords, you'll have an easier time composing music.

What exactly is a chord? A chord is a group of (typically three or more) notes that are played together. The most common types of chords are Major and Minor. Major chords sound bright and happy, while minor chords are a little sadder sounding. The notes contained in chords originate from scales; the most common type of scale is the Major Scale.

The major scale is made up of seven notes; the eighth note is one octave above the first note. The simplest type of scale to write and play is the C Major scale, because it contains no accidentals. (Sharps or Flats)

A semitone is the smallest interval in Western music; it is the interval between adjacent keys on the piano keyboard, or half a tone. For example, 'E' to 'F' is a semitone on the musical keyboard. A tone is two semitones, and can also be called a whole tone. The note 'G' is a tone above 'F' on the keyboard.

It's important to comprehend the major scale, as notes from this scale are used to create basic chords.

A Major Chord contains the root (or tonic) of the chord, a major third and a fifth. 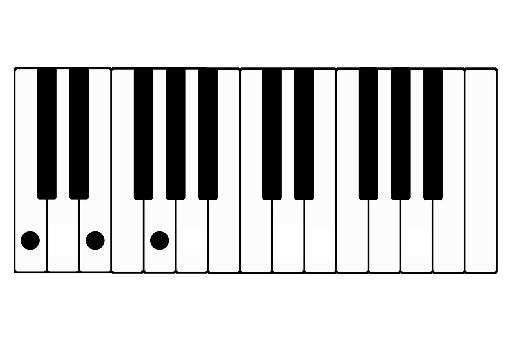 A minor chord is composed of the root, a minor third and a fifth. The minor third (or flattened third) adds a note that makes the chord sound sombre. 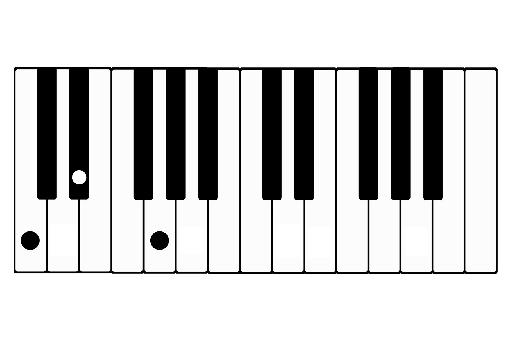 To create a minor chord from a major chord, simply lower the third by a semitone.

If a chord is written on each note of the C Major scale, the results will be as follows:

Many pop songs are composed of simply I, IV and V chords. Most of the time, songs will sound good when you begin and finish on the I chord. In the key of C Major, a I, IV, V progression would be C, F, and G. Many of the world's best songs have been written with these three simple chords, and it's a great place to start when writing songs.

If you're interested in progressing your chord transitions further, you may want to refer to the the simple song writing map below, which is written in the key of C Major. It's a handy guide for writing chord progressions that will sound natural. Once you have your chords in place for the song, it will likely be easy to begin writing melodies based off of your background chords.

Good luck with learning your chords, and using them to write new songs!

Learn more about music theory in these online video courses.