Language
In this music theory tutorial, Jay Asher teaches us how using non-root notes from your chords for the bass part can add complexity and evoke different emotional responses from the listener.

In most commercial genres of contemporary music since the advent of the Rock era, the most common way to play chords is with the root note of the chord in the bass. There is of course certainly nothing wrong with that, and a lot of times it may be just what you want to hear. It gives the listener the desired emotional response, as it is strong and powerful sounding. However, sometimes it is nice to add some more complexity to the sound by choosing other chord notes for the bass or even notes that are not in the chord, which can evoke very different feeling for you as the songwriter and the listener.

Here in Pic 1 is a pretty common chord progression, reminiscent of The Beatles “Let It Be” among many other songs. You can hear what it sounds like with the bass playing the root notes of each chord in Audio Example 1. 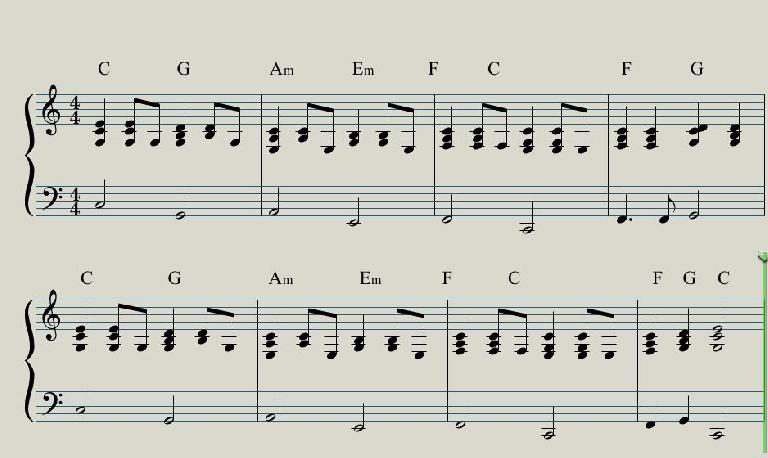 In Pic 2, notice that I have changed some of the bass notes from the root notes to other chord notes to create a descending line. As you can hear in Audio Example 2, it really is a different sound, richer, subtler, and less authoritative to my ears. 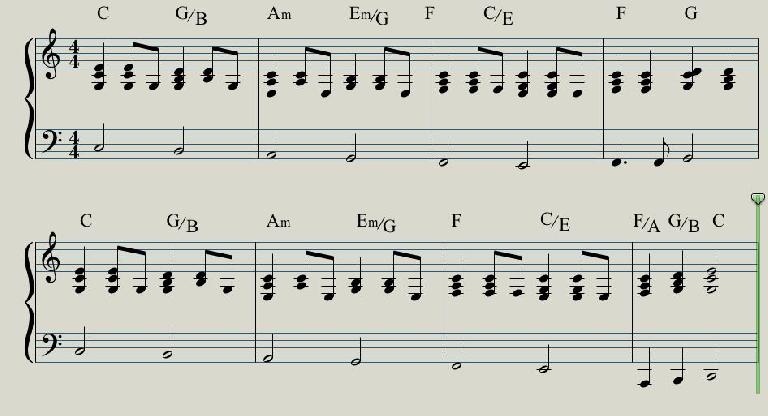 Here is another approach that can be employed, featuring the use of a “pedal point” or “pedal note.” Composing with a pedal point is the practice of sustaining or repeating the same bass note over a series of chord changes, as I am doing in Pic 3 with the Cs and later the Gs. You can hear the result in Audio Example 3. Once again, a very different feeling is evoked. 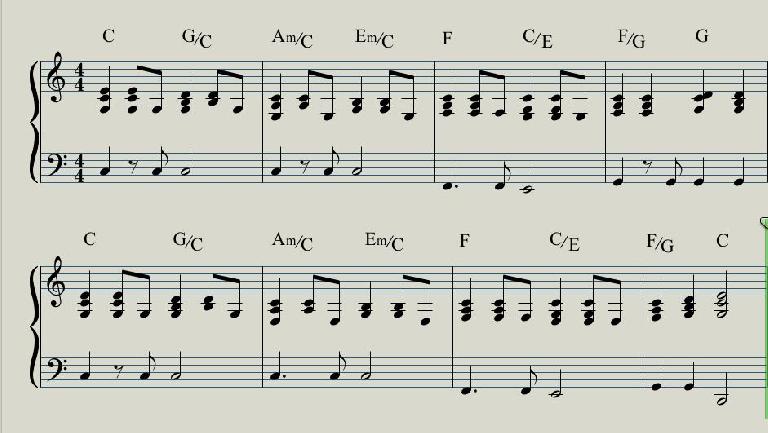 Let’s explore some more. Here in Pic 4 and Audio Example 4 is another rather basic progression. With just the bass notes playing the root, this sounds really boring to me.

Now check out Pic 5 and Audio Example 5 with the use of some more adventurous bass notes.  Viva la difference!

I want to give a shout-out to the first songwriter that I remember making me aware of these techniques. Back in the early ’70s, the songwriting team of Paul Williams and Roger Nichols were hot as a pistol, with songs like  “We’ve Only Just Begun”, “Rainy  Days And Mondays”, and “I Won’t Last A Day Without You”, all big hits for The Carpenters, among many other recordings. Paul was a singer (somewhat) and a quirky personality, so the general public became well aware of him. But he  only wrote the lyrics on those songs, though later he wrote some of his own music. The melodies and chords were written by Roger Nichols, and the minute I heard these songs I knew Roger was bringing something pretty special to the table that immediately changed my songwriting for the better.