Music Theory : 5 Ways to Use Theory to Enhance Your Electronic Music Compositions

Language
Whatever music you make, theory is crucial. Also for all electronic styles. Some of the biggest electronic producers are theory masters. Matt Vanacoro shares 5 ways music theory can help your tracks.

Music theory concepts can often be sidelined as things that only ‘classical musicians’ need to learn. This couldn’t be further from the truth, and avoiding the study of music theory can be one of the biggest mistakes any budding electronic musician could ever make. I’ve had several conversations with BT, Thavius Beck, and other electronic giants and I can assure you—they’re all theory monsters. If you’re looking to up your game and the production value of your electronic tracks, it’s time to take a look back at some of the concepts that started it all. Here are five ways you can use some traditional classical ideas to amp up your modern songs. 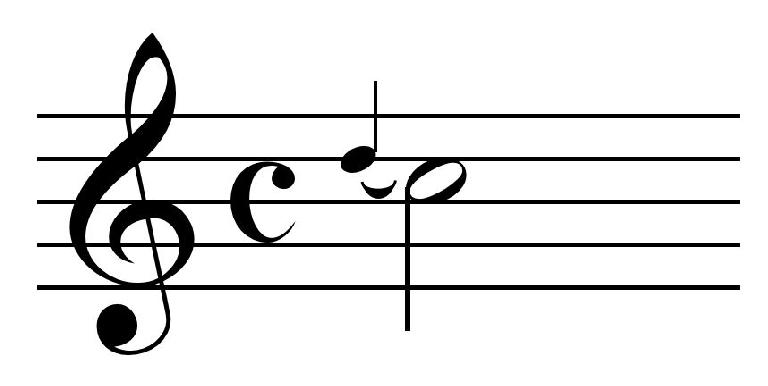 An appoggiatura can add a little dissonance to an otherwise bland melodic note.

I decided to put the most important aspect right up front. When I listen to an electronic track that isn’t really ‘grabbing’ me, nine times out of ten it has an incredibly boring melody. Beginning composers will often be very afraid to stray ‘outside the box’ and their melodies can sometimes be comprised of only chord tones.

One of the first ways to get away from this can be to use melodic ornaments such as grace notes, appoggiaturas, trills, and escape tones. The appoggiatura, for example, allows the composer to play a single note which is ‘nonharmonic’ (not a note in the current chord) but is a second above a chord tone. You would then resolve this non-chord tone to its rightful place rather quickly as it typically gets half the value of the main note. An appoggiatura is not a grace note, it actually happens on the beat and not before. In this case, we embrace the dissonance it causes and it helps to create a bit of tension that you can resolve.

Note how the chords in the middle of this sequence all have the same bass note. It’s a good example of a pedal tone.

Often referred to as a ‘pedal point’, a pedal tone is a fairly simple concept to understand and a really handy one for electronic music. Instead of changing the bass note with every chord, try holding a consistent bass note (preferably the tonic or main note) and changing a few chords over the top of that. The dissonance it creates can be quite enticing.

Since the bass is so critical in electronic music, this can be a really great way to include dissonance while at the same time providing consistency and familiarity. Having a wobbling or pulsing bass tone maintain a single note is common in electronic music, and changing the chords over the top of that can create a section that really stands out.

3—Rondo and Other Forms

One of the most famous examples of Rondo form is Mozart’s ‘Rondo alla Turca’.

The form of a song is another area where many fledgling composers can falter. Perhaps you like to simply sit down and sketch out a song from start to finish without giving consideration to the form. This might work for you for a while, but eventually you’re going to want to explore some other creative options, and thinking about the form of your song before you flesh it out can be a liberating exercise in composing.

One of the most common forms used in electronic music (possibly by accident!) is rondo form. In rondo form, a main ‘theme’ is stated. This could be the catchy melody or ‘hook’ that you want to cement into the listener’s brain. From there, the theme will alternate with various contrasting themes, but you would keep bringing the principal theme back in between. As a lot of electronic music doesn’t utilize vocals in the traditional singer/songwriter way, thinking about your main theme or refrain and utilizing it opposite some other ideas can spark your creativity.

Beethoven loved to shift abruptly from super loud to super quiet to engage the audience.

One of the other classical techniques that we can… er… ‘borrow’ from our 19th-century friends is that of terraced dynamics. The concept is simple—instead of gradually layering and getting louder or softer over time, shift your volume dramatically from one section to the next without the use of a crescendo (which, as it turns out, is not Italian for ‘volume automation’).

Teaching high school and college students, I see so many composers discover automation and volume envelopes for the first time and get completely reliant on them. An instant shift in volume and the number of instruments or tracks playing can reinvigorate the listener in a great way! Instead of reaching for that automation shortcut all the time, consider what our baroque brethren used to do and think about incorporating terraced dynamics. Wake up and shake up your listeners with a drastic change, you’ll find it can often be a lot more interesting than the typical ‘slow build’.

Counterpoint can be difficult to write, but rewarding to listen to.

The final technique I’ll discuss is easily the most difficult to execute, but can be the most rewarding. Counterpoint allows the composer to have 2 or more melodies existing at the same time. The melodies would share the same harmonic content but would be completely separate from each other in terms of rhythm and their contour.

Take a listen to Bach’s ‘Well-Tempered Clavier’ or ‘Inventions’ to be quickly schooled on counterpoint and how it can be used. Rock musicians have been doing it for ages with guitar and keyboard melodies harmonizing and complimenting each other. With so many virtual instrument timbre choices at our disposal, creating some interesting melodies that can co-exist within your mix is definitely worth the effort!