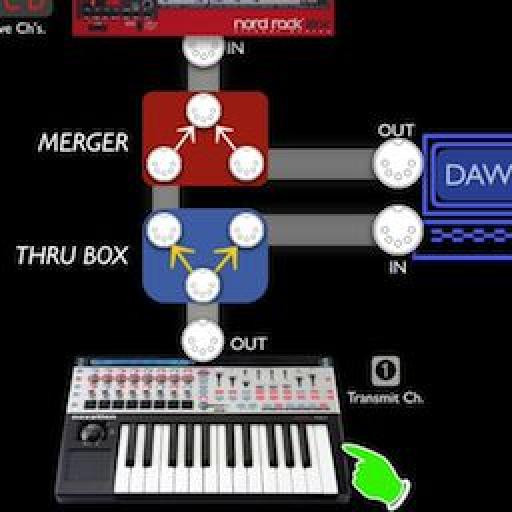 Language
For someone who's been doing this a long, long time, I often forget that some of the new talent that comes into electronic music may not know certain building blocks...

No technology is more ingrained in to electronic/computer music than MIDI.

MIDI = Musical Instrument Digital Interface. That's what it actually means, and yes, it couldn't really get more cryptic. Here in this short article though, I'm going to attempt to make MIDI make more sense for those of you that are new to computer music.

First, let's start with what MIDI is not. MIDI is not audio. Period. MIDI actually produces no sound at all. What is it? MIDI is a protocol that converts music played on a keyboard, or other controller types, into data that the computer can play back.

The best example that I can give—and this is the one that seems to get the most nods of understanding when I teach—would be the music box comparison.

If you ever watch a music box play, you'll notice that there is a spool that has little dots all over it. As the spool turns around on the spindle, certain dots cause certain keys to play on the small keyboard on the music box. See the figure below to see what I mean: 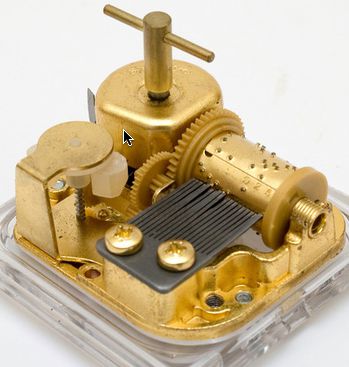 These dots are very akin to MIDI. When you play a keyboard that is connected to a computer, ever key you press "sends a dot" (or pulse) like what's on the music box spindle, to the computer. This pulse tells the computer to play a particular key, at a particular volume. When you record a MIDI track, or if you're using GarageBand's instrument track, the computer is not actually recording audio. It's recording little ticks, or pulses. When you go back and play your work, you are actually telling the computer to play back all the little pulses, or ticks, you recorded.

Essentially,  when you record an instrument or MIDI track, you are telling the computer: "Learn how I'm playing what I'm playing, and then play it back the same way." Neat, eh?

Now, where this gets really interesting is that you can modify how the computer plays back what you played. You can say: “Hey, play this note a little earlier than I did.” or “Don't play both of those notes at the same time, it sounds bad.”

You actually correct the computer by moving the pulses, or ticks along a grid so that it's more like what you hear in your head, and less how your fingers might have performed it during the recording.

To learn more about MIDI and get it demystified in true edutainment fashion, check out Peter Schwartz's MIDI 101: MIDI Demystified.