Language
If you're interested in taking your home or project studio to the next level here's how to get the most from your hard drive storage to create a fast, reliable and seamless setup.

In the previous article on constructing your own studio I took you inside the first step of taking my home studio up to the next level, getting the computer and various hard drives into a ventilated server closet. The results were fairly immediate, and as an owner of a typical ‘single room’ basement studio I felt what I had to offer just rose above the rest significantly. Fellow audio professionals have already remarked on the complete absence of ambient noise in my voice over work, and the studio itself feels generally more musical and less ‘cold and technical’.

After moving the hodgepodge of various storage devices along with my ‘trashcan’ Mac Pro, it became clear it was time to get a handle on my storage devices and optimize my working drives for both speed and reliability. Welcome to step 2 of my journey towards making my home studio more like ‘downtown’, optimizing my storage system.

A lot of people fell into a bit of a negative funk when the 2013 Mac Pro was revealed to have only a ‘chip style’ internal storage system. I was not one of them. I happened to have quite the stable of hard drives already, and I knew that as Thunderbolt gained popularity and market saturation there would be external enclosures available at a reasonable price. I quickly replaced my various FireWire 800 enclosures with Thunderbolt ones, purchased my new Mac Pro, and generally felt pretty good about myself. That is, until a demon from the underworld reared its ugly head to ruin my life. That demon was 4k video.

4k video quickly became the norm for professional video content, and the amount of space it required was staggering. Not only that, but when working with various compressed forms of video from several different cameras, the amount of hard drive speed required quadrupled overnight. I spent the next few years with various external drives, shuffling data around, just trying to ‘keep up’. That’s why when the time came to move the ‘computer into the closet’, I took the opportunity to take a hard look at how I was storing, archiving, and backing up my projects.

As a professional music and video producer, my storage needs fall into four categories. I need a place to store my current working projects, a place to archive recently completed projects, a fast drive to store samples and instruments, and some kind of backup system. I determined I would be looking at four different storage systems of various sizes and speeds and started to think about how to divide up the budget.

For current working projects, I’d want the fastest possible drive system I could get. It would have to be large enough to accommodate the huge 4k projects coming my way, but I couldn’t skimp on speed. With multi-camera shoots I sometimes found myself editing up to 7–8 different streams and angles of 4k video from various cameras, and I didn’t want to deal with dropped frames or stuttering from a hard drive trying to keep up. I also wanted something I could take with me without too much hassle. After all, I’ve got a pretty sweet MacBook Pro, and often do some capturing ‘on site’ or some editing at a client’s studio. I was willing to sacrifice a bit of storage space for speed knowing that I could always rotate projects to a larger ‘archive’ drive and just keep the project I was working on at the time on my main editing drive. 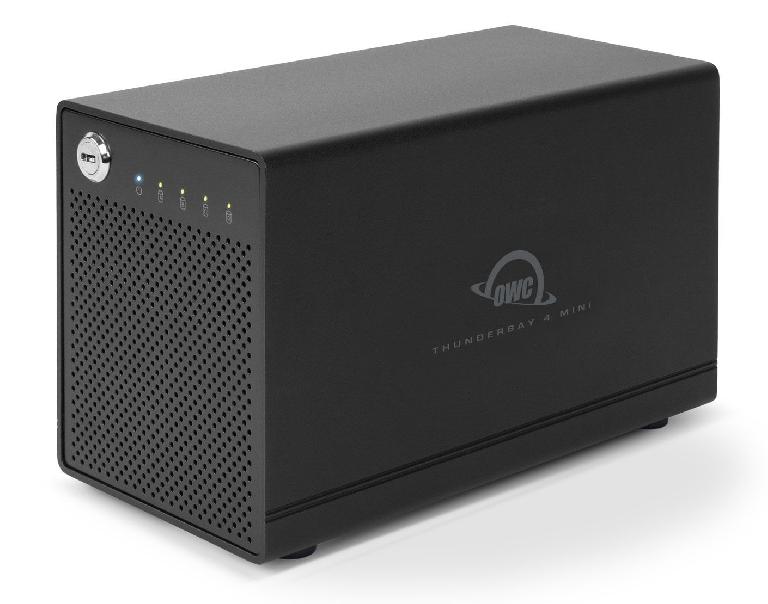 I decided to go with the OWC Thunderbay 4 Mini. It’s a pretty amazing RAID enclosure that works with 2.5” drives. In this case, I loaded it up with 4 2 TB SSD drives in a RAID 0 format. This gives me an absurd amount of speed (1300 MB/s) with a decent amount of space (8 TB) to work with. It may not be as much space as a 20 TB platter drive raid, but it’s nearly double the speed and 8 TB is plenty to work with for me. RAID 0 may be the fastest option, but it’s also the riskiest as 4 drives are working overtime with no redundancy. If a single drive fails, you lose everything. I made a mental note to address this when I budgeted for the backup drive.

I have a collection of virtual instruments that can only be described as ‘unnecessary and overkill’. You may have noticed that we review a bunch of them here at AskAudio HQ, and I knew that sample libraries are only getting larger these days. I wanted to keep speed a priority as I hate waiting a loooooong time for a large piano library to load up. Since I was building a nice sized shopping cart with OWC, I decided to throw in a 1 TB Mercury Extreme Pro drive. With a 500 MB/s read speed I knew I wouldn’t be losing time waiting for libraries to load. I already had a LaCie Rugged Thunderbolt platter drive, so I just opened that sucker up, took the platter drive out, and popped in the OWC. It took 5 minutes and now my samples drive was in a super-rugged enclosure that I could take with me for gigs on the road with my laptop!

My archived projects drive would be doing double duty as a place to store recently completed projects as well as a place to ‘shuffle off’ a project from my editing drive should I need the space. In this part of my budget, space is what I would be spending my money on. I didn’t want to skimp too much on speed, though. I could imagine a scenario where a client just wanted a quick tweak to an older project, and I wanted to be able to open something right from this drive and make a quick adjustment—even if working from the drive long term wasn’t going to be optimal, I wanted it to be possible. 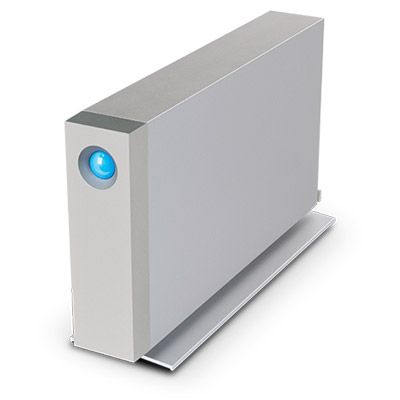 I decided to go with the LaCie d2 drive. It’s Thunderbolt, has a 7,200 RPM platter drive in there, and doesn’t cost an arm and a leg. I snagged 4 TB of space at a reasonable price and have indeed opened up older projects right on the drive and re-exported small changes. Sure, I have to ignore a dropped frame here or there on larger projects, but knew going in my ‘speed drive’ would be my editing one. I checked this part off as ‘done’.

Choosing RAID-0 as my editing drive’s storage method, I knew that backup was going to be extremely important. I couldn’t have a backup system that was anything less than a daily backup of everything I was working on. I set up my old Mac Pro (2008) upstairs to act as a media server a couple of years ago, and I decided to make it do double duty as a backup server as well. 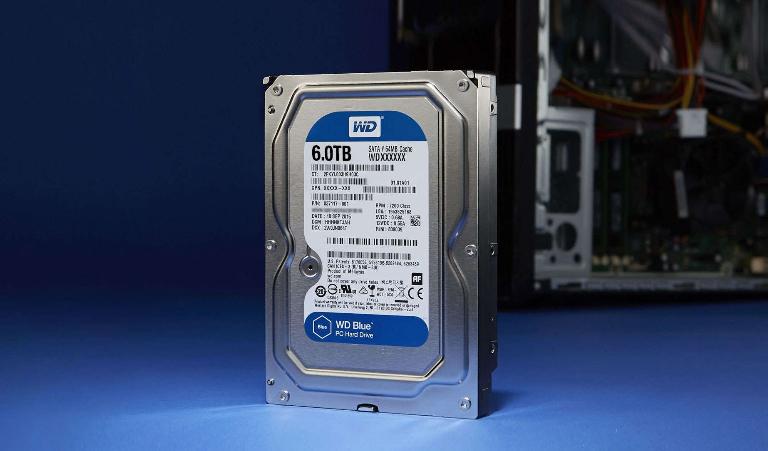 For my backup drives, I knew I wouldn’t care a whit about speed. Backup would happen at night, while I wasn’t using the computer, and all I needed were drives that were big and reliable. I went with Western Digital Blue 5,400 RPM drives. They were dirt-cheap, and I was able to get them large enough to back up my editing drive as well as my archived projects. My samples drive contained data easily re-downloadable, so I opted not to put any money towards that.

To tie it all together, I utilized ChronoSync software. Installing this on my ‘upstairs’ Mac Pro allowed me to configure it to find my studio machine over the network, back up the drives I chose, and even email me if there ever was a problem. This took the onus of backup off of my studio machine, freeing up a few more resources there, too! Score!

This system has been up and running for a few months now, and so far it’s been fantastic. I’ve got a mirror image of current and older projects on a computer in a completely different room and on an isolated electrical circuit in case of lightning strike or flood. My editing drive is lightning quick, larger than I had before, and portable. It’s as close to the ‘best of both worlds’ as I could get!