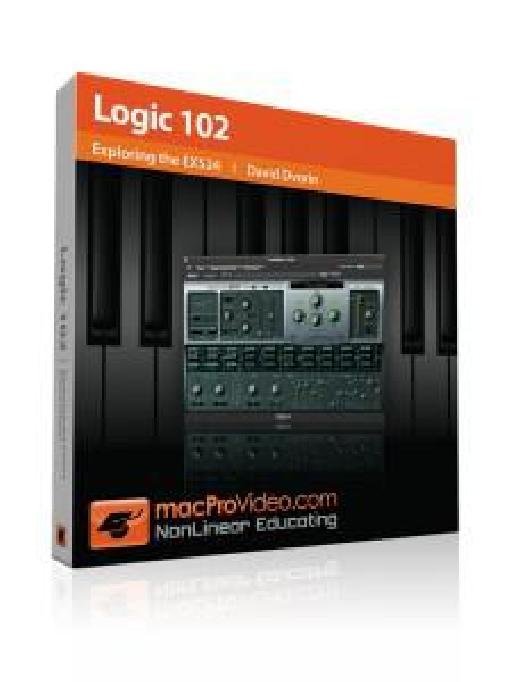 Language
Logic Takes Over the Music World When Apple bought Logic from Emagic in July of 2002, the audio world took a big breath and wondered what would happen next. Until that time, Apple's line of Pro Creati

Logic Takes Over the Music World

When Apple bought Logic from Emagic in July of 2002, the audio world took a big breath and wondered what would happen next. Until that time, Apple's line of Pro Creative Software included only Final Cut Pro and DVD Studio Pro ... two amazing applications indeed. But little did we know back then that Apple had plans to turn the Mac into every artists dream platform.

Before Apple purchased Logic, Emagic was nothing more than a bit player in the audio production world. Pro Tools was the defacto industry standard DAW (Digital Audio Workstation) and if you worked in the music business at any sort of serious level, you most certainly used Pro Tools in your studio. It was expected, because only Pro Tools (back then) could offer the raw processing power required to chew through a large multitrack project with tons of DSP effects added to each track, making it the best music recording software.

The reason Pro Tools enjoyed such a competitive edge at the time was due to the hardware acceleration that Digi Design (the original maker of Pro Tools before Avid acquired it) forced you to purchase in order to run their software. These hardware cards contained extra processing cores that did all the heavy lifting when you applied reverbs, compression, EQ, and so on. But all that processing power came at a price ... a serious price ... sometimes tens of thousands of dollars.

And this was where Apple saw an opportunity. Apple knew the power of the internal CPUs used in their computers was set to increase dramatically. They also knew customers would rather leverage the power of the host computer and a relatively cheap DAW (Logic) to make music, instead of buying extra, and very expensive, external hardware to do exactly the same thing. And because Logic was only to run on the Mac, Apple, also knew that buying Logic from Emagic would bring a whole new breed of producers to their platform, which would have the result of allowing them to sell more computers. It was a win/-win situation ...

SInce 2002 I've noticed a steady progression in the music world towards using Logic. Almost every studio in the world now offers both Logic and Pro Tools in their recording and mix rooms. Many have replaced Pro Tools al together. Outside of the price factor, people like Logic for the creative potential it offers. Logic has superior audio routing and MIDI editing functions. There are dozens of software instruments and DSP effects built right in (making it one of the most versatile "studio in a box" software applications on the market today), and with the audio unit architecture employed by Logic, 3rd party plugin makers can design effects and instruments that seamlessly plug into your tracks to enhance the power of the software.

Rounik
Without doubt Martin, I agree with you. Logic is the way forward on the Mac for recording & producing music. It's amazing how the price has been slashed since Apple took over. I remember back in the Logic 5 days to purchase Logic and all the plugins would cost in the region of Â£1200 GBP! Now, with so much more content, many more plugins, amazing features it's available for under Â£400 GBP.

Martin Sitter
Avid has to do something with Pro Tools to keep up. Their booth at NAMM was a shadow of it's former glory ... just a few pods and some tables to talk business at. No flashy presentations ... no big stage. And interestingly no Digi Design. Avid laid off a huge amount of staff last fall ... that's always a sign of things to come.
Eric
I definitely agree with you both about Logic 9 being the top dog right now, but then again, Logic (and Reason) are the only sequencers that I'm fluent in (I ditched Reason after I became fluent in Logic). I have a pretty solid opinion about why I use Logic Studio as opposed to Pro Tools 8. Mainly because Logic and Pro-Tools are constantly paired against each other. I'm not nearly as clear as to why I use Logic 9 as opposed to other sequencers like Digital Performer 7 or Cubase 5. I'd be very interested to hear what either of you have to say. How do the other DAWS compare with Logic 9? What does Logic do better then them, and in what ways might the other DAWS have slight advantages over Logic 9?

I bleed Logic, so I'm not planning on switching platforms. I am, however, very curious hear your 2Â¢ on the matter.

Rounik
@ Eric, there are many similarities and differences between Logic and the competition. Let's choose Cubase first. Cubase has some great features and plugins in version 5... but it doesn't have an 'Environment'... This is a bog thing for me and performance of Cubase on Mac isn't as good as Logic.

Digital Performer 7. I'm not hugely versed in DP7. Again no environment style area is a killer blow for me. It's apparently very good for scoring movies but the interface never got me going. Also, for some bizarre reason when I first got Logic back in version 5 DP7 was big in the states but not very popular here in the UK.

Basically, Logic allows for a very very configurable workflow that suits my needs. Also, I just love Logic... I don't ge that feeling with other DAWs... I like them and appreciate them... but not the big L word ;-)

Having said that, there are features in Cubase 5 and Live that I like...
Victor Mason
WOW, I just logged on tonight and I see a big fresh update to MacProVideo.com. Martin, you've been a busy man creating these articles for the new blog and your a great writer not to mention a great instructor. It's an amazing progression when you think about it. Logic is superior in so many ways. The sound sculpting synths and the built in EFX are extremely valuable. Logic is 64 bit and still accommodates 32 bit user plug ins. I went to NAMM this year and EVERYONE of any serious caliber was running logic. Melodyne is probably one of the most powerful softwares for audio around and of course, they were demoing and running on logic. I use a good number of plugins and frankly, Logic is so powerful, I am only using a few. you don't need a lot of plug ins unless your very specific in your needs which would be outside of logic. This website and the tutorials here along with the great forum support have taught me so much in such a short time, I am already working on my level two certification with Apple and the book looks like a printed review of what I have already learned with MacProVideo.com. I actually learned more with this companies training and to think I was completely ignorant to logic only 8 short months ago.

Apple is a dominate cultural force in todays society and Logic is so powerful, it's like handing over the keys to a serious professional studio for $500. Apple products are superior and the fact that they offer some of the smoothest running computers with the fastest and most powerful computing systems allows Logic to run completely in a native environment without external parts. That is simply amazing. Pro Tools cannot survive with a dominate force like Apple providing better and better product and software at these low prices. Lets see, $10K- $15K USD for a pro Tools HD set up ( the cheap one) or $500 for Logic that can outperform it?

Pro tools says, Nope you can't do that if you try something that is not conventional where as Logic says, " Lets try it?" You tell me.
Martin Sitter
Hi Victor, I'm glad to know the vids are helping! And even happier to know you're getting up to speed on Logic quickly ... :) ... I used to write the courseware for Logic for Apple, and IMHO these videos are a far better and quicker way to learn.

Great work over at vintageamps.com ... I love what you're doing there Victor!!