When keyboards and guitars slug it out in a mix, which one will win? As G.W Childs explains, it's not always simple. Here's how to decide when to push one or the other.

There’s nothing more challenging than being handed a really big mix, from a band with a lot of really big sounds. Lots of keyboards mixed with lots of guitars can sound glorious. But if you’ve ever tried occupying the bridal suite of a mix with the two love birds you’ll note that it’s not always a match made in heaven. Keyboards and guitars tend to occupy similar frequency hot spots. And both tend to compete for attention in the song, depending on the musicians in question.

In this article I’d like to talk about some methods I used to tame some seriously huge guitars from an amazingly guitar and keyboard glorious act known as Drop Black Sky, out of San Francisco, without destroying the burning fire and raw rock-age contained therein.

1. Build Around Drums, Not Guitar Or Keys

One of the hardest lessons I ever learned as a keyboardist was that people care more about the drums and vocals more than any other instrument in a song. This probably bugs guitarists as well but it’s true - rhythm is key. In my experience, having a great drum mix opens the door to a great overall mix. As my audio professor taught me in college, start from the kick drum and build out. I’ll pump up the kick and snare with appropriate compression, pan the snare, the hi-hat and toms so that they match the way a kit would playback in a stereo mic environment. Snare slightly to the left, hi-hat far to the right, toms far left or right. Or, more up close. Toms tend to vary from engineer to engineer! The important thing is to give all of your drums their own place within the stereo field. 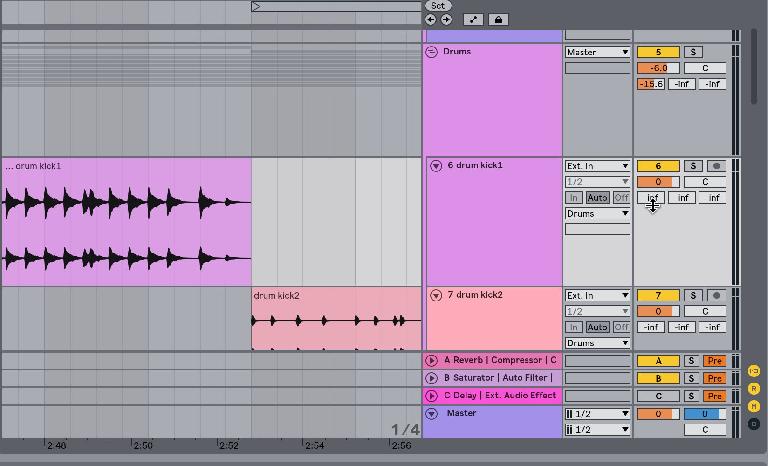 Coming from an electronic music background, I’m used to drums being more forward in the mix. I’ve found that having drums more forward in the mix even appeals to more guitar-centric acts, who actually really appreciate hearing the drums for a change. But there are also acts that prefer the guitar being more dominant. Regardless, on a first pass mix, in regards to drums, especially when there are tons of distorted guitar tracks, I’ll keep my drums more forward unless somebody says something. 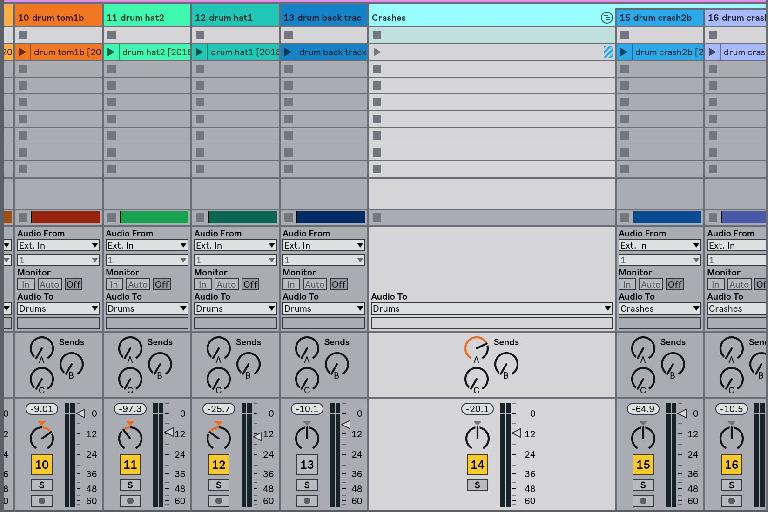 2. Cut Where You Can

If I’m ever handed anything with guitar, probably the very first thing I do is begin cutting frequencies that I know I do not want, and that will interfere with other instruments - most importantly drums. I tend to cut the low and low mid frequencies (50Hz-250hz) at the beginning, up until I can begin to hear the kick drum and toms again.  And then, cutting out high frequencies that nobody cares about that are coming from the guitar, and that will just interfere with the hi-hats and keys. Some amps also tend to produce a high-end hiss that you really don’t want compressed in your final mix. So, I like cutting the high frequencies in areas where I can see and hear are not necessary, or initially audible.

In this particular mix there was no bass guitar. There was a bass synth that had several layers in recorded stems. The preferred stem was a very fuzzy, chorus-laden bass that really sounded as fuzzy as the guitars, and made it hard to tell them apart. Thankfully, there was a cleaner take of the bass that was more square/triangle wave and less sawtooth. I was able to kill quite a bit of the high frequency because the electronic waveform was so concentrated, and have it work more like a sub-bass, giving way more space for the guitars than I’d normally have. Remember that everything is on a case by case basis! There’s no real rule of thumb except to use your experience. 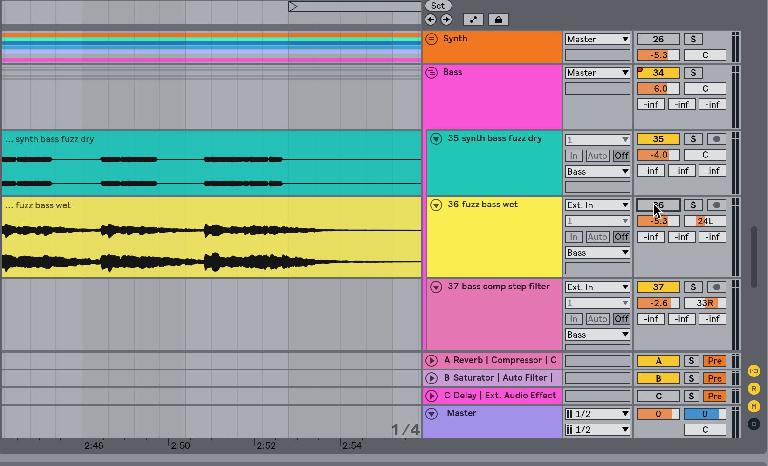 Pan As If Your Life Depended On It

I like to imagine every major guitar track part on stage, as they are being performed. I like to imagine where they are standing in relation to the drums. I like to image how the room affects the sound of the instruments. By having each of the guitar tracks panned around the drums, I can begin creating more of a personality for each track with automation, effects and so on. I can close my eyes and see with my ears where everything is. It’s the basic magic blueprint of rock n’ roll. Boy puts on headphones, closes his eyes and is swept away on warm frequencies bouncing back and forth between each ear drum. 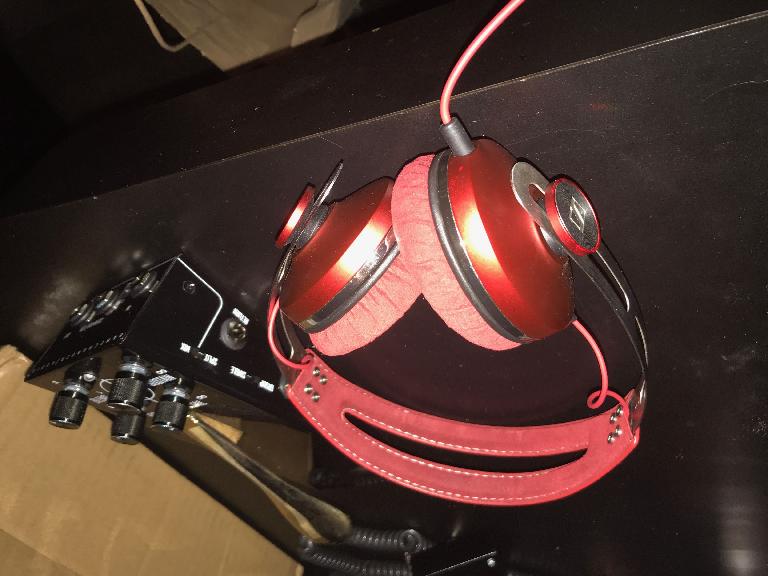 Panning is often overlooked, even by some more seasoned engineers, and is not only an amazing way of cleaning up a mix but also an effective means of telling a story and really creating a performance. What holds a lot of beginners up from using panning effectively is that once you get to 5 or 6 guitar tracks, it gets very tedious to pan all of them one way or another.

Here’s a tip: group your guitars by the parts that they are playing! For example: if you have 6 guitar tracks that, when stacked together, make up one complete riff- group them! Most DAWs have a way of grouping tracks, or a means of creating a sub mix. This organizes your desk and gives you your power back.

In this particular project, there were two guitarists, and both have layered guitar parts going simultaneously. One guitarist does distorted power chords, one guitarist plays more ethereal melodic parts. I wound up recreating this scenario in my own stereo field. I put the power chords on the left and the ethereal guitar on the right. Sure, I could’ve had some ethereal parts moving on the left and right. But I wanted to recreate what I thought the live performance would sound like, and there aren’t any stereo guitar amps that I know of!

Regardless, I wound up grouping the guitars together. With Ableton 10’s new ability to group within groups, I was able to further group out both guitarists, and the tracks that pertain to them.

After I have the guitars, bass and drums sounding good, I’ll usually begin working with voice. I leave the keyboards until the last. Which is kind of funny, considering I’m a keyboardist. But as a producer, I know that the meat is always in the guitars, bass, drums and voice. By leaving the keys till last, I have a better idea of where to apply the icing so that it sits the most effectively. In this particular mixes case, I killed all the mid range keys and left more of the high frequency keys to fill in the background. 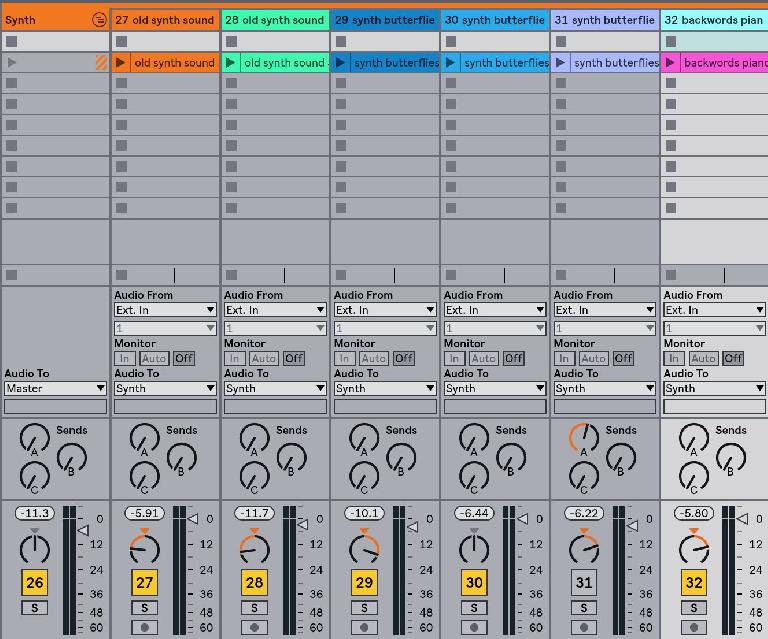 I don’t always do this. In the past, I’ve gotten some guitar heavy/synth heavy projects where I felt the keys were more powerful and more catchy. In this case, it really was all about the guitars. Not just for me but at request of my client. So keys went in last, because they were always intended to frame the guitar. Not just by me, but by the band. The client always knows best.