Language
Mastering is the final process when getting your music ready for the world to hear. Limiting is a big part of that. Mo Volans is on hand to help you understand the science and art of using Limiters.

Limiters are such unassuming processors that appear simple at first glance. It’s often this simplicity that leads to them being overlooked as one of the most important tools in a sound engineers sonic arsenal.

When it comes to dynamics processing Limiters really are an essential bit of kit. Here we’ll take a look at what they do, when we can use them and the possible pit falls that lie in wait for the rookie engineer.

Before we start using limiters it's a good idea to familiarize ourselves with the family of processors they come from. Dynamics processors in general control level, volume and gain in one way or another. The beginner might find it useful to think of these processors as volume controls.

The most common dynamics processors (compressors, expanders and limiters) deal with dynamic range and aim to alter this in some fashion. When we talk about dynamic range, we simply mean the difference between the loudest and quietest section of a piece of audio or audio signal.

In most cases we use dynamics processors to reduce the dynamic range of our audio. Essentially this means we reduce the difference between the loud and quiet section, increase the average level and with it the perceived volume of a signal.

(Pic 1) Here you can quite clearly see the difference between a limited and unlimited signal.

This reduction in dynamic range has a few different useful side effects. Firstly, the audio is more often than not easier to mix due to the lack of peaks and has easily audible quiet sections. Secondly, the audio is perceived as louder and therefore can work well in mastering sessions or any situation where a little extra volume is required.

These effects can usually be produced using a simple Compressor but in some cases a Limiter may be required. So what’s the difference? And why use a Limiter rather than a Compressor? Let’s find out...

The Tools Of The Trade

So as we’ve discovered limiting is essentially no different to compression. It’s the application of the process and the perception of the result that differs here. A compressor tends to work at a much lower ratio than a limiter and therefore applies much more subtle dynamic range reduction to our signals. 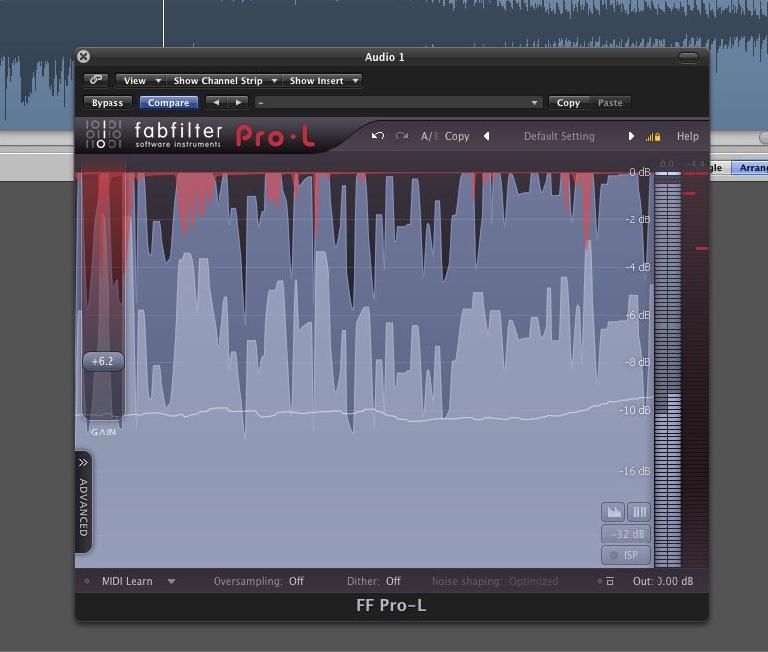 (Pic 2) Even simple compressor can apply limiting at the higher end of their capability.

It’s considered by many that a compressor using a ratio of over 10:1 is actually performing limiting. While this may technically be true, I really think that a true limiter is defined by its interface and the way in which its input/output stage behaves. Let me explain...

A dedicated limiter is usually driven by a single input stage and will have a strict output level. This is known as brickwall limiting and involves signal being driven against this user defined output ceiling. It’s this process that creates a huge drop in dynamic range and can induce ear shattering levels of volume.

(Pic 2b) Dedicated limiters are very different animals and their interface usually gives them away.

This sort of effect might be possible in some compressors but if it’s limiting you want then you should opt for a dedicated limiter. These may be called by other names by some manufacturers so look out for names like ‘Maximizers’, ‘Ultramaximizers’ ‘Inflators’ and ‘Clippers’. 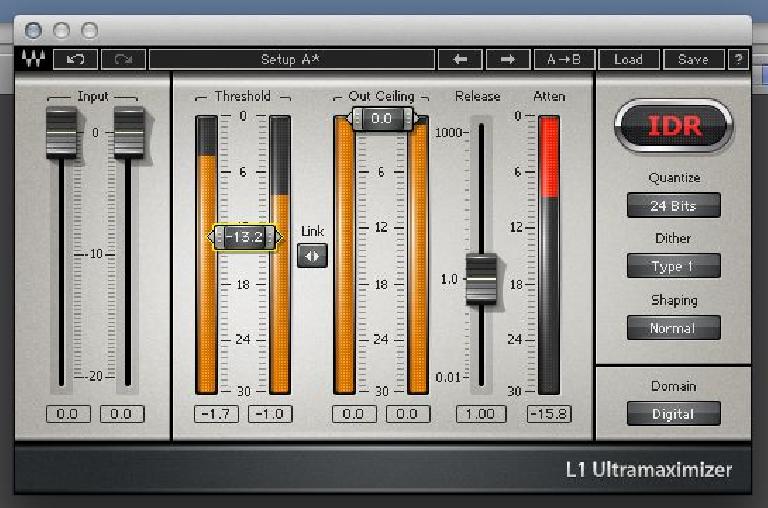 Contrary to popular belief, limiters are not solely for mastering use, they are equally useful at the recording and mixing stage. They can be used as a corrective tool as well as a creative effect.

I often use limiters in the mix as a safeguard. They can be placed after intense effects inserts or on channels that have automation that’s causing unpredictable changes in level. By using low input levels the absolute ceiling of a limiter can actually avoid clipping without vastly reducing the dynamic range. 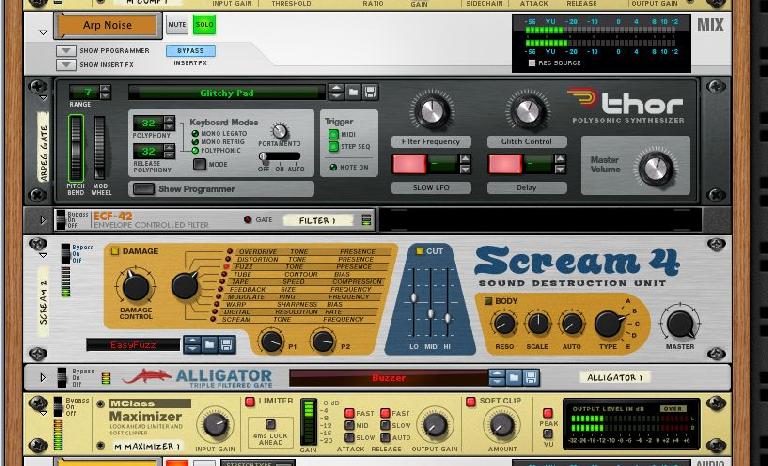 (Pic 3) Using Limiters in the mix can be a great way of controlling unpredictable, complex effects chains.

Of course when pushed harder, instruments can be mixed ‘hot’ and their perceived volume drastically increased. This doesn’t work if used on every channel, but if choice elements are processed in this manner an extremely up front effect can be achieved and specific instruments can be brought right to the forefront.

Of course the classic use of a brickwall limiter is in a mastering chain, preferably right at the end of it! It’s here that the process really shines. Not only does it ensure that clips and overs are completely avoided, but also extra volume, density and punch can be added to entire tracks with only a few tweaks.

Many brickwall limiters that you see may actually be custom built for mastering. Reason’s M-Class Maximizer for example is probably intended as a mastering processor as are many third-party plug-ins such as UAD’s Precision mastering range. 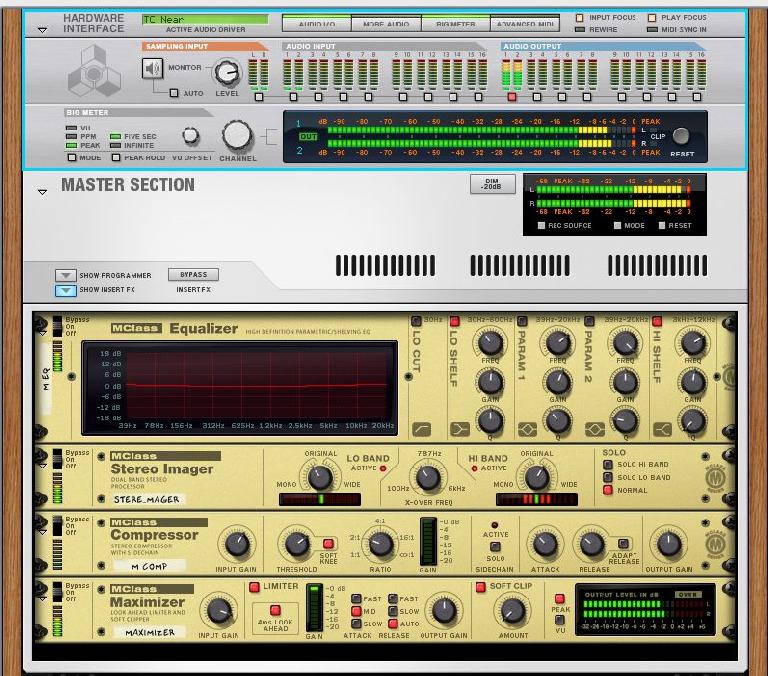 It’s important to use this sort of process after any other plug-ins or effects you may be using on your master as the protective qualities of the mastering limiter will be lost if processors are placed after it. If you drive your level to around 0 dB with a limiter, any other process that adds gain will result in clipping and perhaps distortion.

By driving an entire master section into a brickwall limiter in this way, the dynamic range of the whole project is reduced. This will of course reduce the dynamics present in your music and in turn increase perceived volume massively but restraint is required here.

(Pic 4) When mastering it can be a good idea to use limiters designed for the job.

To The Limit... And Beyond

In the words of Ben Parker “With great power comes great responsibility”. A little heavy for a limiting tutorial perhaps but a point worth remembering! Most limiters quite literally have the power to turn your mixes into indecipherable noise, so using restraint and sound judgment really is key here.

Strap a limiter across your master and drive it too hard, and you’ll indeed end up with something incredibly loud but with zero dynamics, and ultimately dynamics are what make music... well... music. 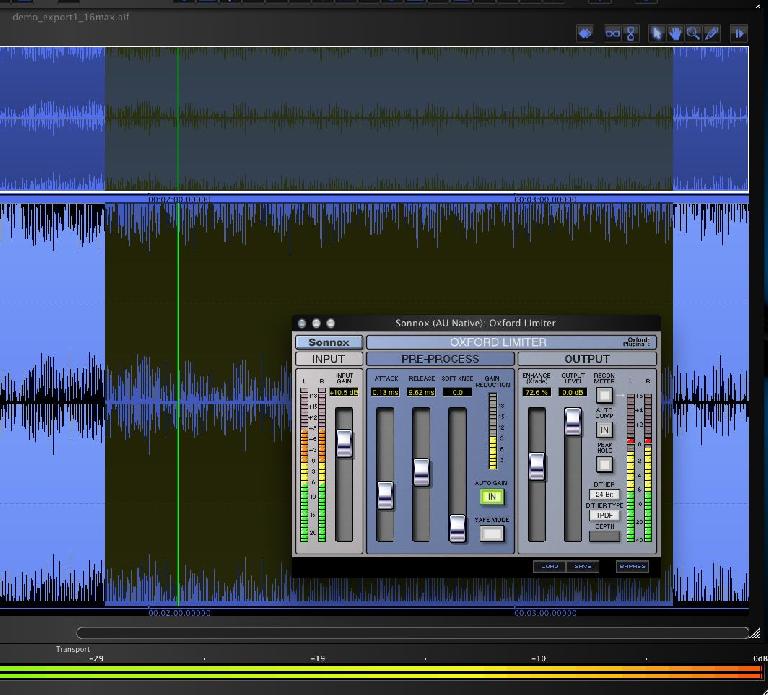 (Pic 5) Take things too far when you are limiting and you could end up with noise!

There is a huge debate about this currently labelled ‘the loudness war’. Google it, educate yourself, closely monitor your loudness levels with appropriate metering and you should end up with limited audio that sounds great!