Language
When you need to render or mix down your project to a stereo file in your DAW, going from 24-bit to 16-bit, you'll come across dithering options. Matt Vanacoro explains what it is and when to use it.

Dithering. We all see it as an option at the export level of every DAW, or as a plug-in available for mastering. It's a scary term, mostly because it's something that we KNOW we should be doing, but can't really hear the effects of. Many folks in the audio world don't precisely remember when and why we have to dither'"thus its relegation to 'not sure what this does, but I usually click it' status. Well, worry no further. We'll break down the when, how and why of dithering'"including talking about why you can't hear the effects of it too much in modern recorded music (but should do it anyway!).

The difficult thing about understanding dithering is coming to terms with the fact that it can be difficult to hear the effects of it on your music. What you're doing when you are dithering is fairly simple. Dithering adds random noise to an audio signal. Wait'¦ ADD noise? Yep, you heard me right. In this case, adding a bit of noise can be a good thing; I'll explain why. 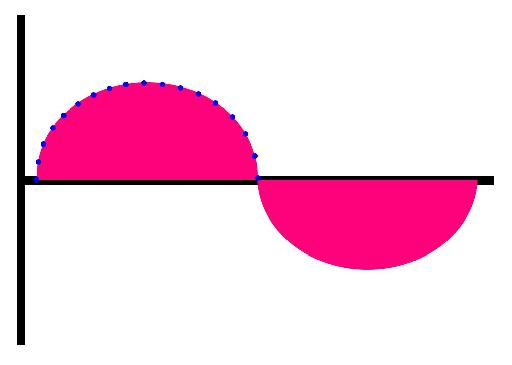 Have a look at this image of a simple waveform. I've put in 18 points to '˜graph' the waveform and represent the values. Using these points, we could '˜connect the dots' and draw the waveform again pretty easily. Those 18 points give us just enough for the wave to retain its nice curvy shape (which sounds like a pleasing sine wave to our ears!). 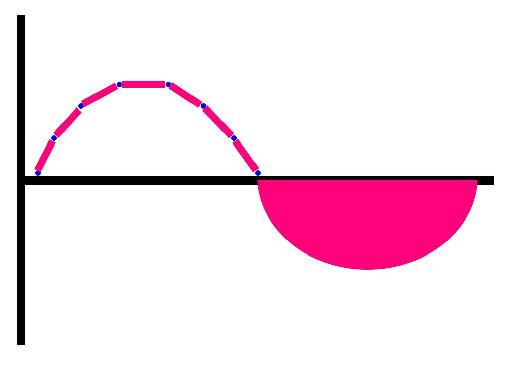 Now have a look at this second image. I've only allowed myself 8 points to '˜graph' the waveform. This results in a much more '˜blocky' appearance. Trying to get the same data as the original waveform is impossible with 10 less points, so I have to settle for '˜as good as I can get'. The result is a shape which resembles a curve, but has a lot more angular points to it.

This is a simplified illustration of the same thing that happens when you move from 24-bit audio to 16-bit audio. You have less points to graph the same amount of data, so you can imagine that your nice smooth waveform becomes more angular in nature. This reduction, or '˜shift' of audio data is referred to as quantization. We used to be able to represent a waveform with points A, B, C and D, but now we just have points A and D. Where the sound was at points B and C is no longer concrete, the computer plots a trajectory between A and D and the stuff that used to exist at points B and C is now approximated.

How Can We Fix It?

All right, so we know when we move from 24-bit to 16-bit resolution we are now trying to get the same sound wave with less '˜points on the graph' to represent it. The space between point A and D used to have a little bit of fluctuation in it, and now it's a straight line from A to D. We fix this with the random noise. Between points A and D, a dithering plug-in or process will interject some white noise (random noise) which will '˜smooth out' that straight line. The result is we trade off some weird, angular sounding harmonics for something that is closer to the original sound, but with a teensy bit of (hopefully unnoticeable) noise.

When Will I Hear It?

In modern commercial music, hearing quantization noise (the sound of the errors you get when reducing from 24-bit to 16-bit resolution) can be difficult, because it is masked by all of the '˜stuff' we love to layer into our mixes. Effects, compression, pumping vocals, thunderous bass and bashing drums all do a good job of masking the distortion that happens when you reduce bit rates and start to add in quantization noise.

You'll hear quantization errors most in classical music, jazz music, acoustic music or just about anything that has soft passages with large dynamic range, and you can also hear them more clearly during fade-ins and fade-outs. The '˜edges' of your sound can be a bit fuzzy and distortion happens at the upper frequencies a bit quicker. Generally, you'll only hear this when you are mixing down from a 24-bit file to a 16-bit one. However, there are many plug-ins, virtual instruments and effects that are capable of working in 24-bit resolution even if your sequence is in 16-bit'"so it's something you're going to want to be aware of even if you are working in 16-bit end to end.

When should I Dither? 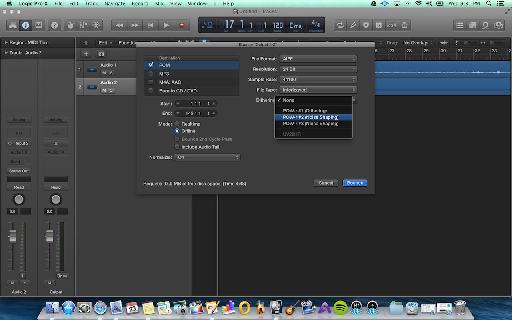 Dithering is pretty simple to do, just pick an algorithm and go to town!

You should definitely dither if you were recording in 24-bit (for the extra bandwidth) and have to deliver in 16-bit (for CD/MP3). Even if you had a 16-bit workflow, it couldn't hurt to dither just in case someone sent you a 24-bit sample/track (it's so transparent these days'"so many DAWs do the conversion on the fly and you'd never know!). Most DAW programs have a dithering option that you can engage upon export. Pro tools includes it as a plug-in that you can place on your master fader track.

If you are collaborating on a project or sending your work out to a mastering house, communicate! If you're working in a 24-bit format and you're going to be delivering to a mastering studio, they will likely dither when they finalize the project to deliver it to you in 16-bit. It doesn't hurt to communicate and ask, though. There's no need to dither at every stage, and if you're working 24-bit all the way through a project, and you're delivering in 24-bit, it may not be necessary.

As far as which noise shaping algorithm you should use, well that's up to you! The best way to hear the effects are to listen to the most subtle passage you have of the music, something without a lot of effects or layers after layer of compressed electrified instrument. If you've got a quiet passage in the song, tune into that, check out the 2-3 algorithms offered to you by your DAW and see which one is the quietest in terms of noise yet also maintains the '˜feel' of your original mix. Good luck!

Sharon Kathleen Johnson
Stop dithering around and dither.
Rexinator
Matt,
Thanks for the clear explanation on dithering. You mentioned that some programs impart this on the fly. I believe that's true, but it has caused me a lot of confusion about when that happens in the background. For example, I record all my songs in 24-bit and apply no dithering during mixing or bouncing to a final 24-bit file. I then pull these 24-bit (non-dithered) files into Waveburner to set up my CD format. When that's completed, I simply perform a bounce of all songs in Waveburner and then use the Burn button in WB to burn to a disc. I've been assuming that dithering is done automatically when WB burns the disk, but there is no prompt for dithering and no step to select the dithering algorithm. Have I actually dithered? I know it's undesirable to dither twice, so I'd really like to understand this. Thanks!
Matt Vanacoro
Hi, Rex! I believe you have to have dithering 'checked off' in order for it to be applied. I can't be sure of Waveburner, Apple took it out of the Logic suite a few years back so I no longer have it - but I would hope that a pro audio program wouldn't do things to your audio upon finalization that you're not explicitly aware of!
Rexinator
Thanks Matt. I googled a bit and answered my own question. In Waveburner, dithering is an option to be applied during the 'amalgamated bounce' of all songs into a single audio file. The dithering options are the same as the basic ones in Logic and can be selected under WB's Preferences / Bounce tab. For anyone using WB who has previously applied dithering to their songs (e.g., during mastering), dithering can be turned off in this same W Preferences window.