Language
If you're looking to understand reverb, the various types and their ideal uses in your mixes, then you're in the right place. Joe Albano is here to explain all this and more.

Open up any Reverb device or plug-in, and you’ll see all sorts of options for different reverb types, available either as algorithmic simulations (via the internal delay-based processing of classic digital reverbs) or as IRs (Impulse Responses, the sampled recordings of actual acoustic spaces, used in Convolution reverbs). Some of those reverb types represent different acoustic environments, others replicate the sounds of the classic mechanical reverb devices of the analog era. Old studio hands know them well, but reverb newbies may find themselves wondering about designations like Room, Hall, Chamber, Plate, Spring, and even Ambience and Non-linear. Here’s a brief run-through of those different reverb options—the various sounds they represent, and their applications in mixing. 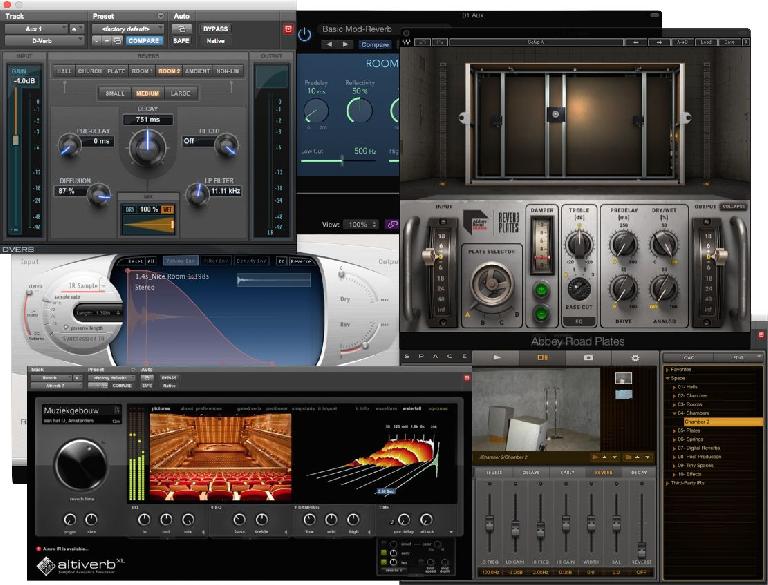 Of course, in real music spaces, Reverb—or Reverberation—is a general designation for the complex sound field in the room. An actual reverberant sound field can be broken up into three sections. There’s an initial reflection, which is an indicator of room size—the delay time of that first reflection (after the dry sound reaches our ears) subconsciously tells our hearing apparatus about the size of the space (longer delays mean a larger space). That’s followed by a gradual buildup of reflections, called Early Reflections. This distinctive pattern of reflections is a function of the shape and character of the space—parallel walls (echoey), live or dead, etc. Finally, the reflections build up in density into a thicker mass of later reverberation, which then gradually dies away. This is the part we hear tailing off after the dry sound, and the length of this reverb tail—called Reverb Time or Decay—is measured as the time it takes to drop to a level 60 dB below the original level (it’s also referred to as RT60). 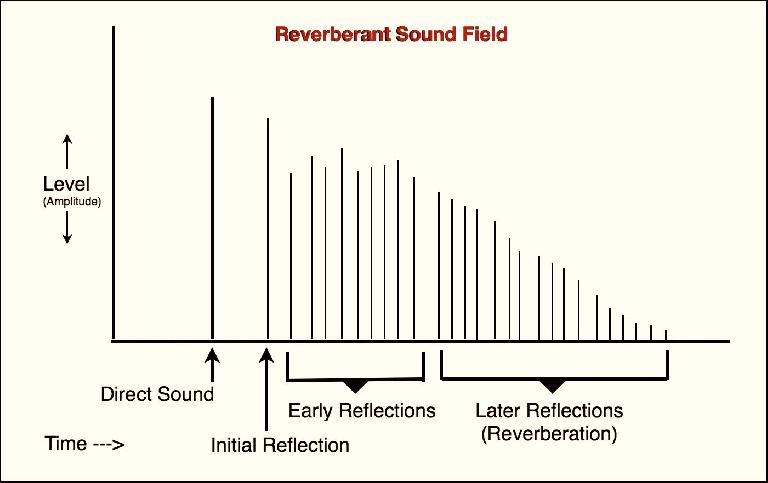 Different acoustic spaces and mechanical devices have different responses in regard to these components of the overall Reverberant Sound Field, which give each reverb type a particular character. Let’s start with the ones that emulate real acoustic spaces.

The term Room is usually used to describe the most typical acoustic environments. It’s kind of a catch-all term for the sound of any enclosed space, but particularly those that are suitable for music, like clubs, theaters, and other music spaces. Room implies a real acoustic space, with a distinctive pattern of Early Reflections (following the Initial Reflection) that defines the sound and character of the particular space. With algorithmic (digitally-generated) reverbs, all the reverb components I described above are usually fully programmable, making it possible to dial up the sound of whatever type of space is appropriate for a particular song, mix, or musical style. Convolution reverbs will come with dozens of audio recordings—Impulse Responses—of real, physical spaces, identified either by generic type (small club, movie theater) or specific locations (Carnegie Hall, Record Plant Studio A, etc.).

If you were going to use just one overall reverb on a mix, a Room would be a good choice, with the type and size matched to the music. Most mixers utilize multiple reverbs in a mix, with different types applied to different tracks/parts, but some kind of Room in still often applied overall, to pull everything into the same space, for a kind of acoustic cohesion.

Particular Spaces (Halls and Others)

Some rooms have certain specific characteristics, and may have their own designations. For music, the classic example of this is the Hall. This reverb type implies a typical concert hall—a rectangular room, sometimes with parallel dimensions, and often having the distinctly diffuse and echoey quality, and frequently the longer Reverb Times, of many real concert halls. A reverb option designated as a Hall will most likely not be such a great choice for pop/rock arrangements with busy drum parts—the echoey sound may impart a grainy quality to percussive sounds—but might work well, obviously, for sources like string (and other orchestral) ensembles, as well as some vocal parts. An even more extreme example of this kind of sound is sometimes labeled Church, simulating, naturally, the very long decays and highly echoey response you’d expect. Clearly, this would be most suitable for organ or choir sounds, or the like. 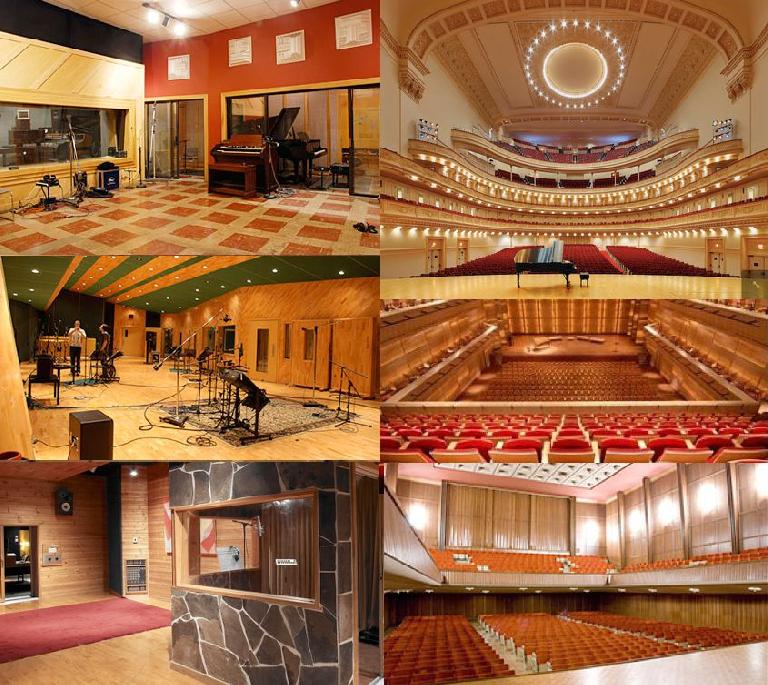 Fig 3 Some classic Rooms and Halls

Audio Example 1 Room and Hall reverb in use:

In Post-Production, you’ll find all kinds of other odd and unusual spaces, often unsuitable for music mixes, but perfect for creating soundscapes of all kinds. These can range from tiny, resonant spaces (bathroom, closet) to large, wet (very reverb-y) environments (airplane hangar, subway tunnel). With convolution reverbs, there might even be samples (IRs) of resonance and other non-room sounds (piano lid resonance, guitar-body resonance), that might come in handy for adding a little color and air to overly dry samples or DI recordings.

Besides real music (and other) spaces, some reverb types represent studio devices for generating reverb. The oldest—and most natural-sounding—of these is the reverb Chamber. A Chamber is a real physical space, but not one musicians would actually perform in. It’s a dedicated (usually empty) room, somewhere in the recording studio building, that’s used solely to generate reverb for recordings (especially close-miked recordings). Audio is sent from the Studio Control Room (via tie lines) to a speaker in the Reverb Chamber, and microphones (usually pointed away from the speaker) capture the Chamber’s response, which is piped back into the Control Room, again via tie lines, where it’s mixed in with the dry sounds of the appropriate tracks (dialed up via a Send & Return hookup on the console). 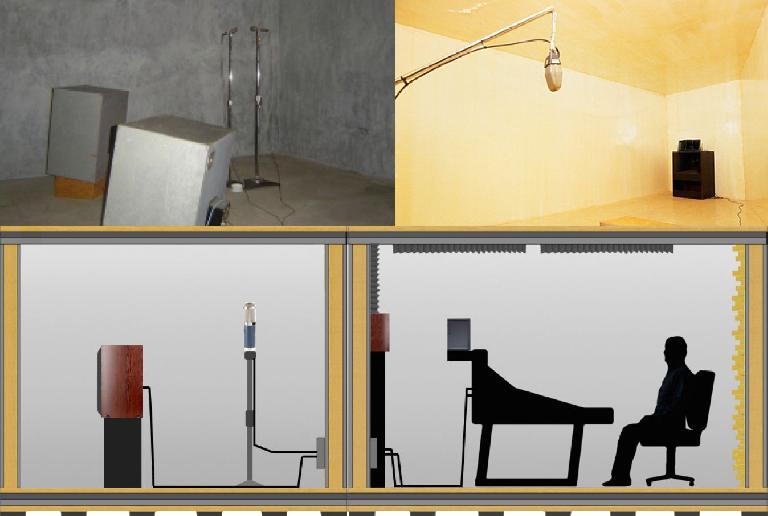 The upside was (depending, of course, on the sound of the particular Chamber) natural-sounding reverb on demand; the downside was that very little tweaking of the sound was possible. Chamber options in a modern reverb could be good in a wide variety of sources (vocals and instruments)—they often provide a sound like a small Room, but possibly with a little less coloration than real room samples/simulations.

A Plate reverb was a purely mechanical device for simulating reverb. A flexible metal sheet was suspended in a wooden case, with transducers affixed to it. Once again, sound was sent from the Control Room to the Plate, which stimulated the metal sheet into vibrating, creating a dense, reverb-like sound. Other transducers functioned as contact mics, which picked up this faux reverb and brought it back to the Control Room/mix. 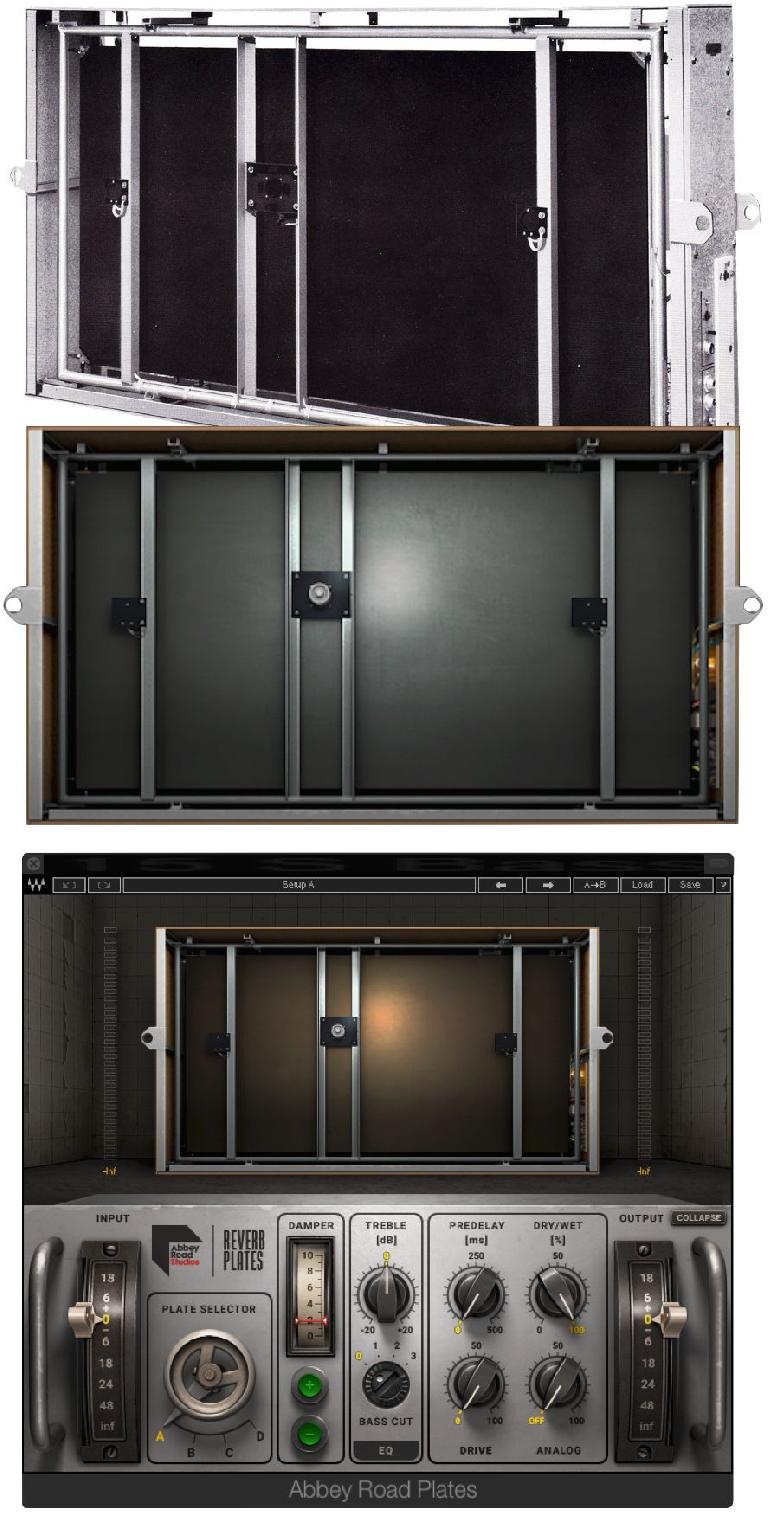 Plates have a distinctive sound—unlike real Rooms, there’s no gradual buildup of Early Reflections; instead there’s an immediate burst of dense reverberation. This gives them a reverb quality that may be lacking in depth, but excels on drums and percussion, where the dense, tight reverb can lend an explosive quality to backbeats and the like. Plates are also an excellent choice for vocals—they won't tend to pull the voice back into the mix as much as some Rooms, and with a delay added before the feed to the Plate (often provided), you can get a nice, echoey-yet-dense reverb sound.

Everyone is familiar with the sound of Spring Reverbs—they’re what you find in most guitar amps (combos, anyway). A Spring Reverb works just like a Plate, except instead of the flexible metal sheet, the reverb-like vibrations are produced by a set (usually three or more) of coiled springs. 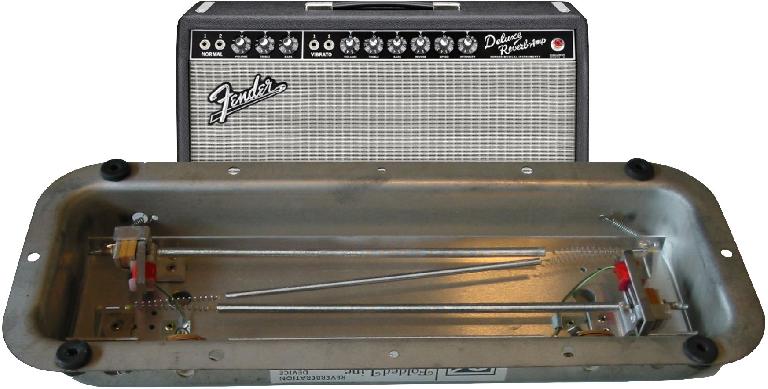 As you’d expect, Spring reverbs have a kind of “boingy” quality—they’re not a substitute for a real room (or even a Plate) in a general mix, but they can be great as a reverb effect-with-character (remember all those reverb-drenched surf-guitar tracks... or if you’re too young for that, go listen to the music under the closing credits of “Pulp Fiction”).

Audio Example 2 Plate Reverb on Drums and Voice; a Spring Reverb on guitar:

Many reverb plug-ins have an option to dial up just the Early Reflections portion of the reverb sound. The idea is to be able to add a sense of acoustic space and depth, without actually adding a reverberant tail. This could be useful for adding a little depth to certain tracks in a busy mix, or it might be perfect for musical styles that favor a drier mix, but may sound too dead without some acoustic reinforcement, especially for tracks like vocals recorded in a dead iso-booth, DI’d guitar, or synths & samples. Often this Early Reflections option is labeled Ambience, since that’s exactly what it provides.

A particular variation of this—harking back to a certain '80s digital reverb effect—may be found in some reverb plug-ins. You might remember the classic “Gated Reverb” effect—a digital reverb return was run through a Gate, which cut off the decay abruptly, for a distinctive, choppy effect. That effect is a little dated in this day & age, but if you see it in there, at least you’ll know what to expect—at least one reverb plug-in labels this “Nonlinear”, named after a popular gated reverb preset in one of the classic digital reverbs back in the day.

If you look at a mix done by any experienced engineer or mixer, you’ll likely see at least two or three, and as many as half-a-dozen or more reverbs instantiated and in use, both on Aux tracks (in Send & Return configurations, on multiple parts), and inline, as special effects on particular instruments. If they’re applied well, rather than creating a hodgepodge of different reverb sounds, they can each add just the right reverb character to the various musical elements of the arrangement, creating a mix that has both clarity and detail, and a rich ambient depth and three-dimensionality. So get to know your reverbs, and use ‘em if you got ’em.

Learn all about delay and reverb in the Audio Concepts 104: Delay And Reverb video course in the AskAudio Academy here.