New control room features appearing for the first time on a MOTU interface include a built-in talkback mic with front panel "talk" button and "A/B" monitor select, mute and sum-to-mono buttons for the main outs. 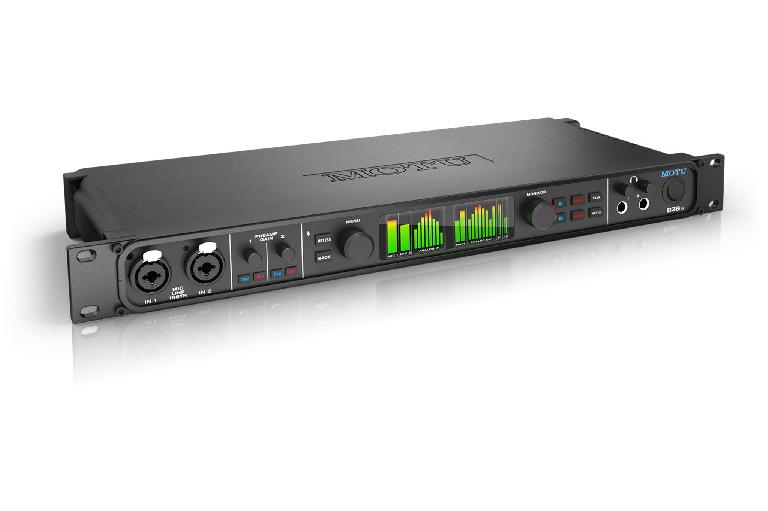 Availability: The 828es is now shipping