The latest from Moogfest 2017 includes news that prolific pioneer of the synth world, Suzanne Ciani, is to receive the 2017 Moog Innovation Award. Plenty more info from the upcoming event also.

The 2017 Moog Innovation Award will be presented to Suzanne Ciani at Moogfest 2017, the annual music, art and technology festival in Durham, North Carolina. This award recognizes her 45 plus years of genre-defying work that exemplifies the bold, innovative spirit of Bob Moog. Past recipients include visionary artists like Gary Numan, Devo, Brian Eno, Bernie Worrell, and Thomas Dolby, and synth designers like Herb Deutsch.

Ciani, the first woman to receive the award, superseded many of her male contemporaries as a synthesist, sound designer, and composer. Well known as an early protege and long-time devotee of Don Buchla, and a friend of Bob Moog, her use of synthesizers created entirely new sounds that opened minds around the globe to electronic music as a valid form of expression. She is a five-time Grammy nominated composer and the first woman to score a Hollywood film. Her work has been featured in countless commercials, video games, and feature films.

Today, Ciani continues to inspire generosity, curiosity, and experimentation for a resurgent, multi-generational community of synth-enthusiasts and electronic music fans. Ciani’s 4-hour durational performance at Moogfest 2016 modulated between a rolling quadraphonic soundscape, stories about her early days working in New York, and tips for operating rare Buchla synths while spatializing audio. Ciani returns to Moogfest 2017 to receive the Moog Innovation award, where she will perform and be celebrated in a workshop, featured conversation as well as host a screening of a recently released documentary about her innovative life in electronic music. 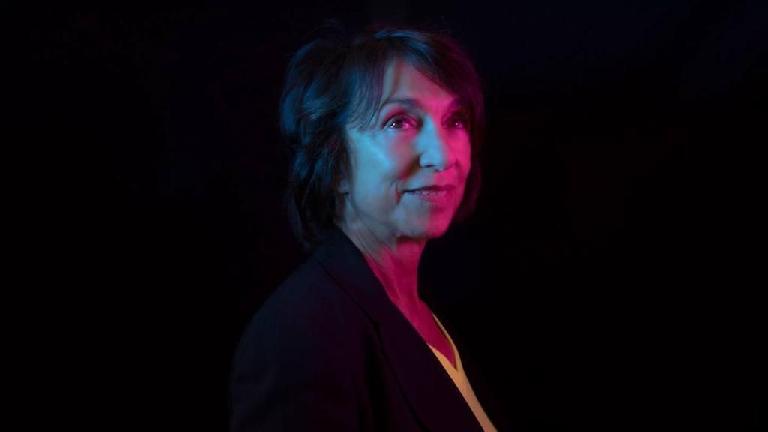 Additionally, we are pleased to have more voices added to the choir at Moogfest...

Comedians often are the reflexive lens of culture, giving uplifting commentary to our often complex world. With this spirit in mind, comedian and actor Hannibal Buress will be joining us as the comedic lens and moderator in two conversations: One with the wildly inventive hip-hop producer & lyricist Flying Lotus, and another with psych-pop trio Animal Collective and legendary 1970’s synth pioneers and psych outfit, Syrinx.

Chicago based experimental song stylists Circuit de Yeux will be added to this year’s line-up, bringing her conversely expressionate sense of abstract pop to the Moogfest stage.

Moogfest is the synthesis of music, art, and technology. Since 2004, Moogfest has brought together artists, futurist thinkers, inventors, entrepreneurs, designers, engineers, scientists, and musicians. By day, Moogfest is a platform for conversation and experimentation. By night, Moogfest presents cutting-edge music in venues throughout the city. This mind-expanding conference attracts creative and technology enthusiasts for three days of participatory programming in Durham, North Carolina. Performing artists include early pioneers in electronic music, alongside pop and avant-garde experimentalists of today.

This two-day synth-building workshop, led by Moog engineers, invites a select group of enthusiasts to build their very own unreleased Moog analog synthesizer and sequencer. The hands-on workshop is conducted in two three-hour sessions within the Pop-up Moog production facility. No experience is necessary, but basic soldering knowledge is recommended. Participants in the Engineering workshop also have VIP access for the duration of the event. Priority access to all festival venues for performances and conference programming: conversations, workshops, and installations. Access to exclusive VIP viewing areas and events and gift bag. Complimentary food and drink in select locations. Workshops are available via RSVP. Engineer Festival Pass holders will receive first priority on a limited basis. Pre-Sale Engineer Festival Passes available for a limited time, while supplies last.

VIP access for the duration of the event.  Priority access to all festival venues for performances and conference programming: conversations, workshops, and installations. Access to exclusive VIP viewing areas and events and gift bag. Complimentary food and drink in select locations. Workshops are available via RSVP. VIP Festival Pass holders will receive first priority on a limited basis.

General Admission for the duration of the event. Access to all festival venues for performances and conference programming: conversations, workshops, and installations. Workshops are available via RSVP. VIP Festival Pass holders will receive first priority on a limited basis.