Before you pull the trigger on an existing hardware MIDI sequencer, read this and watch the latest teaser video for Mode Machines SEQ12. It is coming soon and increases your choices!

Mode Machines have been working on their new MIDI sequencer, SEQ12, for some months now and we've been as keen as most synth freaks to know and see more about this hardware sequencer.

We assumed that it would be released, or at least unveiled, at Superbooth 2018. However, that appears unlikely according to Thorsten Bösing on Facebook. Regardless, he and others are very excited by its upcoming release.

Here's the latest video teaser of the Mode Machines SEQ12, a 12 track Matrix MIDI sequencer Mode Machines says is "capable of becoming the center piece of your live performance setup, mothership of your music production studio or just a fun way to create ideas without the need of a computer."

Here's more info and some photos to check out:

The SEQ12 is a MIDI Matrix Sequencer (in a console housing) and offers one MIDI Input and three MIDI Outputs. It gives access to 12 tracks and you are able to choose between three track types: drum, chord and monophone. Each track has 2 or 3 controller tracks, routing on midi outputs and midi channel adjustable. 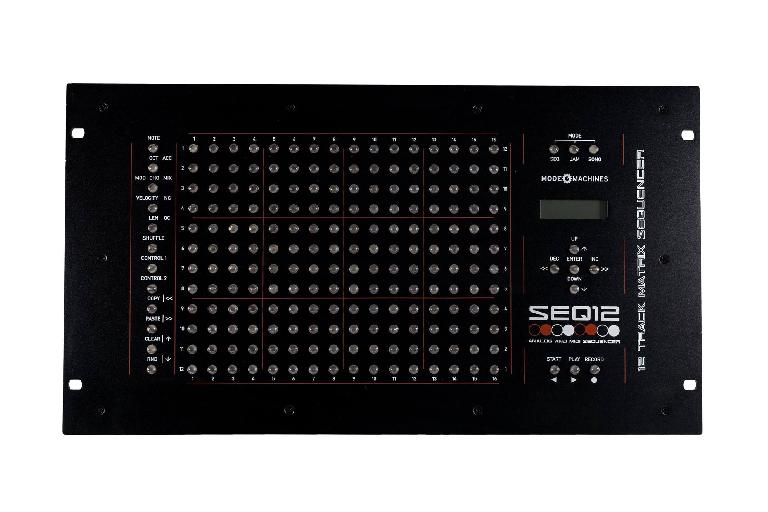 Also each track has 16 patterns, these can be played in freely programmable sequences one behind the other. Each pattern has its own shuffle pattern, 2 to 3 controller tracks and additional ratchet modes with programmable pitch and trigger patterns.

The product can record Midi notes and controller values via Midi In and the data can be edited using the LED buttons. There are 32 memory slots in the device and it has a very stable and accurate timing. 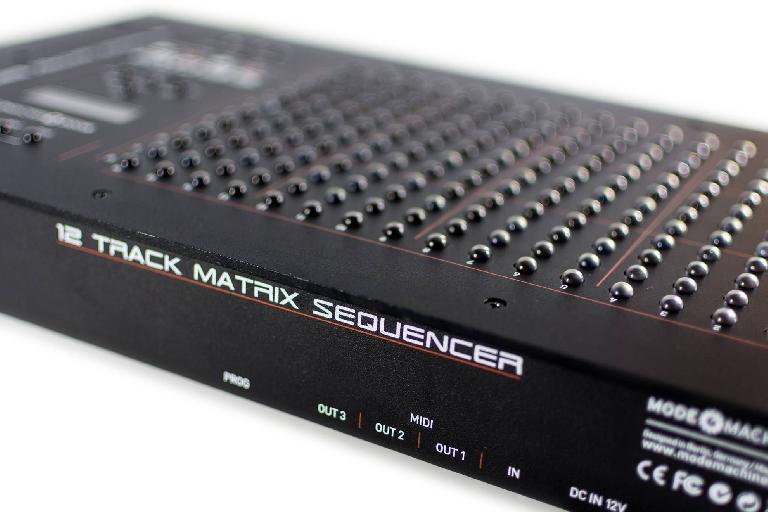 For those who are wondering, SEQ12 is designed primarily as a MIDI sequencer. However, MIDI output 3 can be configured for CV Output. This achieved with an add-on module in Eurorack format.

The midi data are displayed in dedicated views on the LED button matrix. There are 3 selectable track types:

Automatic smoothing of controller values can be activated. Free choice of midi channel and exit per track.

Each track can play their sequences in a given order (Chain). There are 8 parts (stanza, chorus, bridge etc) with 12 tracks each for the tracks. 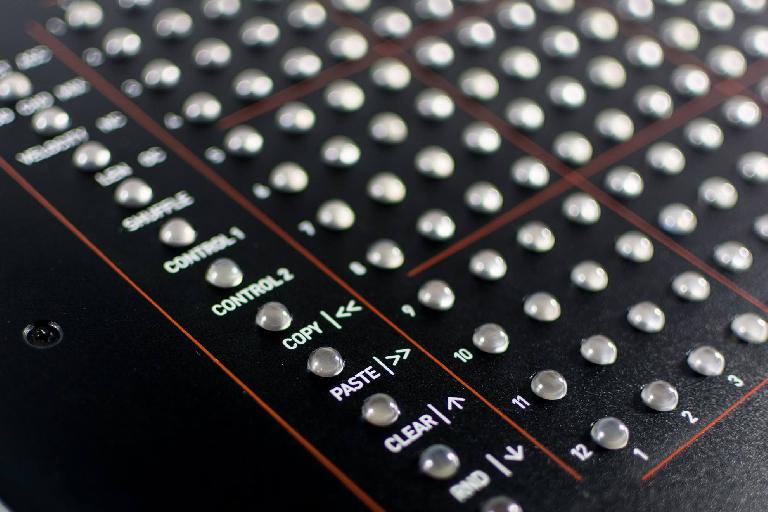