Without going into too much detail right now and before we get into the actual press release from Modal, I had a chance yesterday to get hands on with a prototype of the Modal Skulpt. In Cafe Kino in Bristol's Stokes Croft Liam and Luke from Modal let me try out the swish black model of Skulpt.

It's safe to say I was thoroughly impressed and left reeling at the sonic possibilities. There's a lot going on in this really nicely constructed, portable polyphonic synthesizer. There are going to be improvements too which is ominous for the compeition, especially at the ridiculously affordable sub $300 / £250 price point.

It's no surprise this excellent machine smashed past its IndieGoGo goal by almost 300%. This is a synth that should apeal to beginners and advanced synth players in equal measure. I'll write up some more of my impressions and include a video (sadly without audio from Skulpt itself) in a few days. 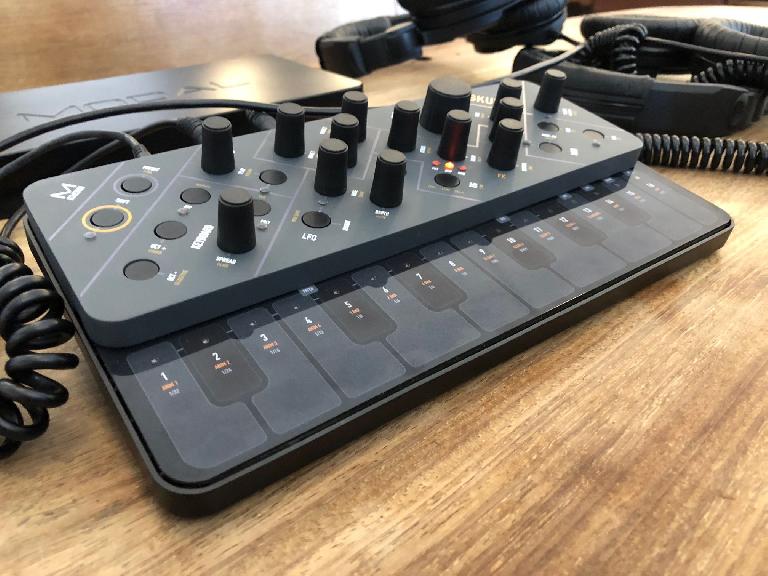 For now, feast yourself on the press release and some video demos which only just begin to do it justice.

Modal's Kickstarter campaign for our new SKULPT portable polyphonic synthesiser came to an end, after 30 days, with an amazing 297% funding!

We're overwhelmed by the number of people emailing us asking "where can I get my SKULPT now the Kickstarter has ended???"

Kickstarter campaigns are time limited and do not provide a mechanism for continuing to place pre-orders after a campaign has ended, but Indiegogo provides their InDemand service and so that's where you can now find SKULPT.

With the two stretch goals from the Kickstarter campaign now INCLUDED for all pre-orders, Modal SKULPT comes with the protective lid AND choice of black or white finish.

In case you missed it, here are some of the most recent sound demos we uploaded - hope you enjoy them.