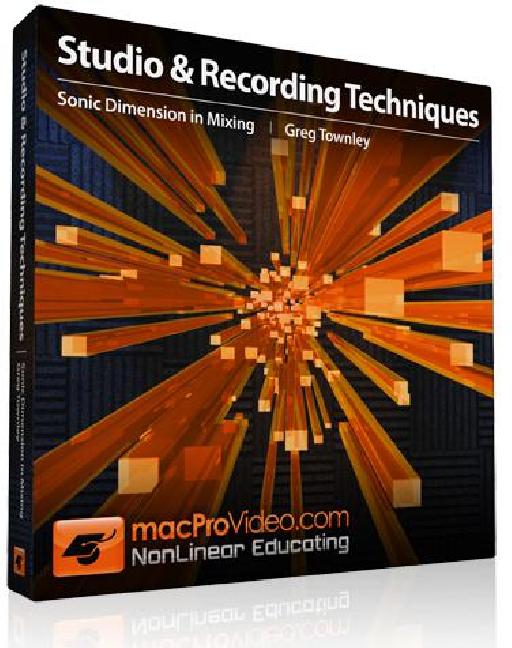 Language
If you have done research into how the Pro's approach Mixing, you've undoubtedly come across information such as to Mix at low levels, listening to your mix in mono and how important it is to give you

If you have done research into how the Pro's approach Mixing, you've undoubtedly come across information such as to Mix at low levels, listening to your mix in mono and how important it is to give yourself plenty of breaks (easier said than done when on a deadline). Now while these tips are timeless nuggets of mixing wisdom, I'm often left hankering for more juicy hands-on info. Attending a mix session at a good studio with a great engineer is one of the best ways to learn all those mixing secrets you can apply to your own productions. However, even if you can track down and convince your favorite Mixing engineer to share their valuable time with you, it's likely they will be more focused on the job in hand than explaining the what, how's and why's of their process. Getting live time with a mixing engineer inside a studio may not mean getting inside their head...

Greg Townley, whose mixing credits include films Sideways & Wedding Crashers, and artists Usher & Lil' Kim, shares the secrets behind what it takes to create 3D mixes... (what he refers to as Sonic Dimension). This, in my opinion, is something to pay attention to and watch again and again. Often, mixing in 2D can make for very a flat and an uninspiring end result with no depth of field. Adjusting the levels and Pan can only do so much to give your mix any distinction. So the 3rd dimension becomes all important to give it depth and presence... and naturally using reverb, delay and EQ is instrumental in doing so.

Greg helps make this a software agnostic tutorial by explaining the settings for the Reverbs, EQ, Delay and Compression plugins he uses in detail. This makes it easy to translate to other DAWs. Whether you are a Sonar, Cubase, Ableton Live, Logic, Nuendo or Pro Tools LE user you'll be able to translate Greg's techniques to your mixes. The ambient style of music used is not important... although I'm personally a big fan of ambient and finding well mixed ambient is quite tricky(!). These tips can be useful for mixing any style of music from pop to rock to electronica to folk... that's because it's all about space and giving each sound it's own distinct space while simultaneously unifying all within the mix.

I love that Greg sets up his Mixing window and plugins in terms of space and not by instrument. For example, many mix engineers group effects for the mix by type. e.g. Drums and percussion, Bass, guitars, vocals, etc. However, Greg's method splits the arrangement into a sonic space of near, midway and "way, way back". Using this method as a template, I think, makes it much easier to then place your chosen instruments/sounds within the sonic space and explore sound placement in an organic way. Setting up different reverbs: 1 second (front of space), 3.5 seconds (middle of space) and 7 seconds (far away space) is one of the effective secrets to help create 3 dimensions within your mix. Filtering the reverbs and delays, adjusting the feedback to 0% and compressing individual sounds are other techniques discussed (amongst many others!)

Tip 1 - Listen carefully to your arrangement. Build a mental/sonic picture of where the instruments and sounds would be in a room. e.g. Percussion at the far back, strings to the near right.

Tip 2 - Split the sonic depth into 3 sections: Near, Middle and Far Away. Use different reverb time settings to help achieve the illusion of distance. It's all about perspective.

Tip 3 - Heavy compression of sounds in the near-field can help them to sit in the forefront. Subtle changes to EQ and Compression can also have a more dramatic effect when listening back to the entire mix.

In my opinion this tutorial is essential viewing! If you want to learn the mixing tips from a Producer who is courted by Hollywood and big name artists... then check out this Greg Townley: Sonic Dimension in Mixing tutorial here. Have fun applying these mixing techniques to your own productions!

If you need further help on this or any other Logic or Mac software issue visit us at www.macprovideo.com/forum/

Carroll B. Merriman
Hands down, Apple's app store wins by a mile. It's a huge selection of all sorts of apps vs a rather sad selection of a handful for Zune. Microsoft has plans, especially in the realm of games, but I'm not sure I'd want to bet on the future if this aspect is important to you. The iPod is a much better choice in that case.