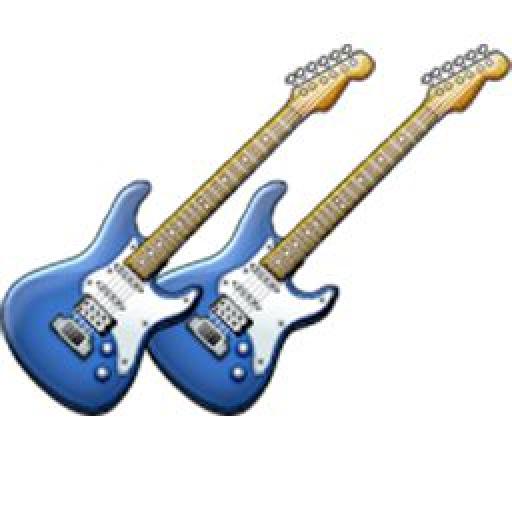 Double-tracking guitars is a great way to exploit the stereo sound stage. A single recording of a guitar part can sound thin and isolated, especially when panned away from the centre. Doubling the part in the other speaker by recording it again creates a much more balanced soundstage while retaining clarity (the vocals still have stage space in the middle of the image).

Traditionally achieved by simply recording the part again, it is also possible to recreate the effect even if it has only been recorded once. In a previous post we discussed the use of a sample delay plug-in on a copy of the audio region to create stereo width from a mono source, but that post also mentions the potential problems with that quick-and-dirty method. What is required is a technique that provides the effect of width when played back in stereo, but also has a component that is unaffected by phase issues when played back in mono. Step up, Middle and Sides!

Middle and Sides: The Theory

Middle and Sides (M+S) is a microphone technique designed to capture an instrument and the spatial information created by its position in the room using two coincident mics. Unlike a traditional XY pattern, with M+S microphone one (M) points directly at the instrument and typically has a cardioid polar pattern, while the second (S) should be set to figure of eight. The lobes of the eight should be aligned at right angles to the directional axis of the cardioid mic. 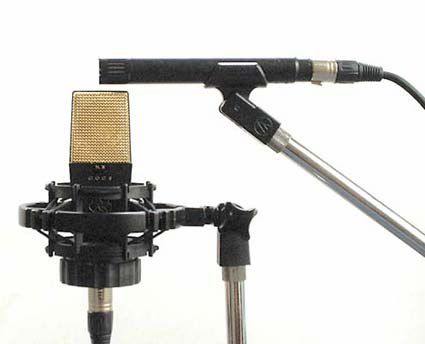 The two microphones are recorded to the left and right channels of a stereo track or two separate mono tracks. What makes an M+S recording different to the more traditional XY stereo recording is that one channel contains mostly the on-axis sound, while the other channel contains information that represents both 'sides' of the stereo image. An XY recording on the other hand has spatial information as well as what is perceived as the 'stereo middle' on both channels and therefore runs the risk of phase cancellation when played back in mono.

In order to hear an M+S recording as it is intended that is, with the on-axis sound in the middle and the spatial information on the left and the right, it will require decoding. Logic Pro has a plug-in that does just that: the Direction Mixer. It can be used directly on the stereo channel (if both elements are part of a stereo recording) or on a stereo auxiliary channel to which the two mono channels have been routed. This is not the Direction Mixer's only role; it can also be used to pan a stereo signal which means moving a stereo image in the stereo field without altering its apparent width. 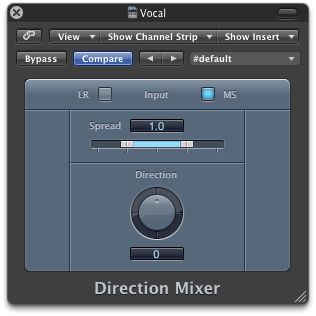 Note that on a stereo channel in Logic Pro, what looks like a pan control is actually a balance control i.e. it changes the relative level of the left and right signals.

What looks like a pan control is actually a balance control.

But what if you only recorded the guitar in mono? It's time to fake M+S from a mono source...

Insert a Gain plug-in followed by a Sample Delay plug-in in the stereo Aux channel.

Flip the phase of one channel of the stereo Aux channel.

Introduce some delay (a range of 100 – 500 samples works best) in the sample delay plug-in making sure the left and right channels are linked. At a project sample rate of 44,100 Hz, 130 samples represents a distance of 1 m so this setting will determine the size of your virtual room! 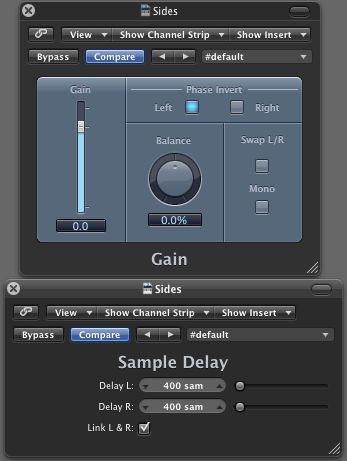 Adjust the level of the Aux channel to determine how much stereo information is audible. You may also want to EQ this channel – cutting the bottom end will help to keep things clearer in the mix, as low frequencies contribute little to perceived spatial information. Logic Pro's Linear Phase EQ is a good choice here, as it maintains the phase relationship of stereo signals. Remember however that it will introduce a slight delay of its own to the overall signal.

If any further processing of the resultant guitar sound is to take place, you should route both the M and S channels to a further stereo Aux channel, and place any inserts and/or sends on this channel, so the realism of the stereo effect is maintained. 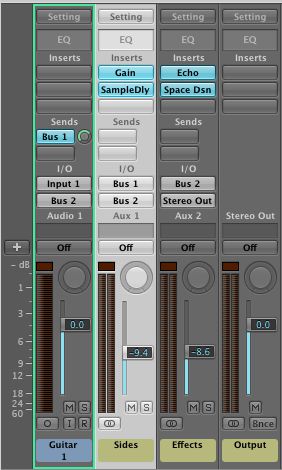 Another way of achieving a similar effect is to use the Spreader plug-in on the stereo Aux channel (in place of the Gain/Phase reversal and Sample Delay). The Spreader works by combining very short delay times with modulation of the frequency range, and mixing this with the original signal, producing doubling and width-enhancement tricks similar in some respects to the automatic double tracking units of old.

When creating Aux channels there is one issue that can arise here. Rather than creating the Aux channel first, if you simply create a send on the mono channel Logic will automatically create a mono Aux channel. You can insert a Spreader at this point which, being a Mono > Stereo plug-in will therefore convert the aux channel to stereo. However, Logic Pro 9.1.4 still carries the bug that means that the Mono/Stereo indicator on the channel doesn't change to Stereo when you do this, so make sure you change it manually to avoid confusion.

A bug in Logic? Surely not!

Both methods should avoid a lot of the issues caused by simply copying and delaying regions, but you should always test your mixes for mono compatibility. Details of how to do this and some of the metering options that can visually support the process are detailed in my previous post: 'Phase Out Phase: Quick and Easy Automatic Double Tracking in Logic'.