Language
There's been a resurgence for 3D of late, especially in cinema. But it hasn't exactly caught on for music makers. MIDITrail sets out to make your flat MIDI data look more sexy, and it succeeds.

The ever informed reaktorplayer spotted this intriguing app for Windows, Mac and iOS: MIDITrails. And it looks too cool not to download. 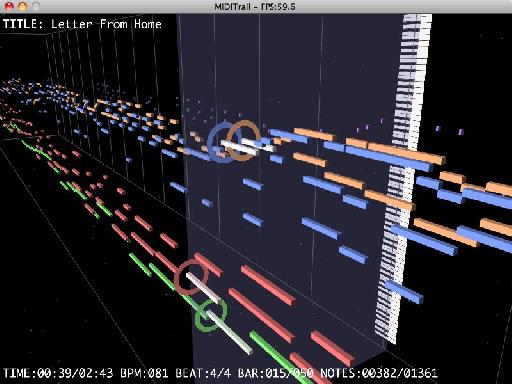 Developed by OSDN from Japan back in 2014, we’ve got sketchy details (mainly because yours truly is unable to read Japanese). Fortunately, being a 3D visualising app, its beauty is apparent from just a few screenshots.

Here’s what the developer says:

"MIDITrail is a MIDI player which provides 3D visualization of MIDI datasets. You can enjoy not only listening but also viewing. MIDITrail supports SMF format 0/1, and multiple MIDI ports. MIDITrail is available for Windows, Mac OS X and iOS.”

If you want your MIDI data in 3D, then download MIDITrail (for free) below.