MIDI 2.0? Next Steps and MIDI Alternatives for Musicians

Language
30 years on and MIDI is alive and kicking. But what about the next 30 years? What about current and future alternatives? G. W. Childs investigates the emerging technology for musicians.

It's been a long time since 1983, the year MIDI was announced as a new communication system, between different musical instruments, regardless of their manufacturer. And, if you've looked at your MIDI editors lately, and have gone into the SysEx areas of control functionality, you'll note that everything still pretty much reads like it did back in 1983, as well.

Though, before you get the idea that I'm criticizing the ancient system of musical instrument telepathy, let me set the record straight - I'm actually stunned that it's been allowed to continue on in the state that it's in and still work as well as it does. Seriously, if you think about it, nobody has done anything to update MIDI itself. It's this old pipeline of music information that has been working wonderfully for years, and that is a testament to the original creators.

But, as we continue farther down the rabbit hole of technology, it begs the question - Is this it? 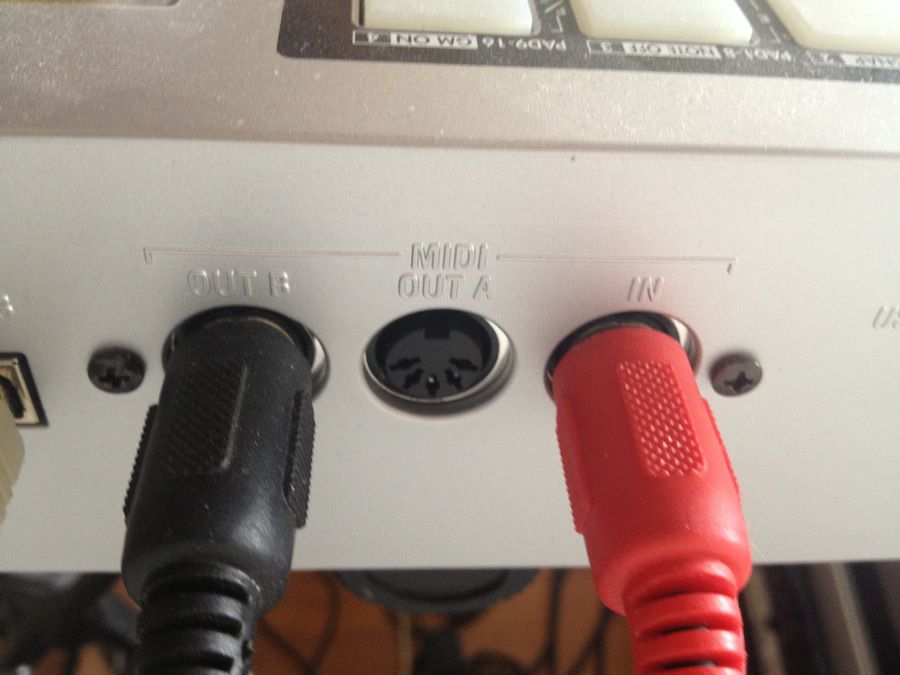 The Official 'Next Step'

HD Protocol, or HD-MIDI has been in talks for a long, long time. In fact, even as recently as NAMM 2013, where manufacturers privately showed prototype devices between each other.

HD Protocol is rumored to support a greater range of of channels, plug and play discovery, greater data range and resolution (Wow, we could go beyond 127?). There's even a possibility of support for guitar controllers. Roland must be thrilled! Oh, and physical transportation of these messages will allegedly include ethernet-based protocols like RTP MIDI and Audio Video Bridging. There will even be wireless transmission of music data as well.

Currently, no hardware has been publicized that utilizes HD-MIDI. So, for the moment, it's only a glimmer in the eye. But, the possibility sounds fascinating! Can you imagine Korg Kaoss devices that utilize a wireless communication protocol? Just drop your laptop (gently) on the table, and place your HD-MIDI capable Kaoss device down aside, and start jamming! Sounds like a blast to me. Granted, it still won't make one guy on stage with a laptop look any cooler. But, technology can't take care of everything, right?

And, as good as this all sounds. The question still remains: When? So, while we wait for the music industry to catch up with the ideas and technological ambitions of the rest of us. What alternatives to MIDI are currently out there?

Open Sound Control is at the forefront of what many of the most innovative and beloved controller manufacturers, iOS developers and so on are building with. Created by Adrian Freed and Matt Wright, OSC offers a higher resolution and is an ideal solution for those who would like to send music control messages wirelessly, and more.

In my own experience with OSC based applications, like Lemur and TouchOSC, I've found the protocol to be extremely reliable and useable. Gestures from my iPad and iPhone seamlessly controlled Ableton, Reaktor, and even Reason well enough to stand up to the stresses of live performance. And, when it come down to it, it's just really fun to sweep some filters by brushing your fingers across the smooth glass of an iDevice.

But, setup can, admittedly, be a little annoying when you're first getting used to implementing the usage of OSC based apps. Generally, OSC requires full usage of your Wi-Fi device built within your laptop, if you plan to go wirelessly. And, that could bring about some latency. However, you can use the Line 6 MIDI Mobilizer, or CoreMIDI via the Camera Connection Kit by Apple, to set up direct, cabled connections.

While very few of the major manufacturers have implemented OSC for hardware. There are enough hardware developers with a healthy amount of street credit to still make this a worthy next step, should HD-MIDI fall through the cracks. Monome and Lemur developers are no slouches at all.

In terms of software... Well, there's a lot to choose from. Not only does Max/MSP support OSC (which also resides in Ableton), but there are slews of synth apps for the iDevices that can be directly controlled through OSC as well. 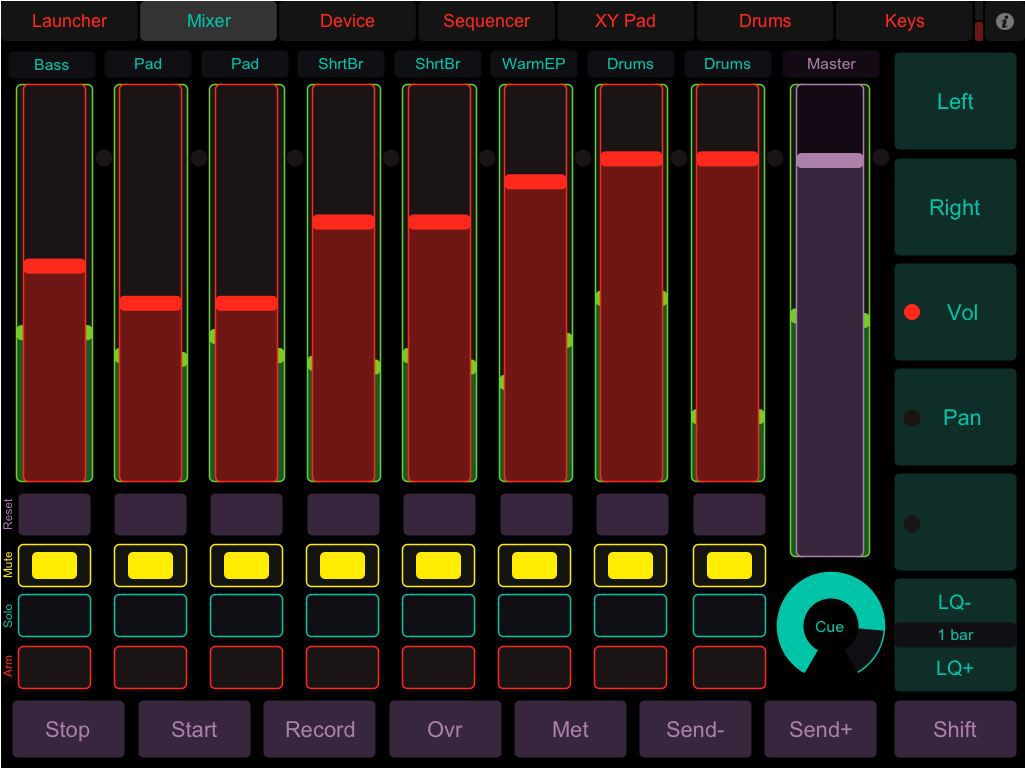 Though this is still pretty fringe, and in some cases unsupported, certain applications allow the usage of Control Voltages, a powerful form of communications between music devices that pre-dates MIDI. MOTU, for example, created Volta a few years ago. With Volta, you can use your audio interface to send Control Voltage messages out of your computer to classic analog synths, as well as new devices that support control voltages... And there are more new devices that do support control voltages than you might think.

For example: Moog Music still creates synths and effects devices that accept control voltages. The new Sub Fatty, the Minitaur, and many of the other Moog devices.

Reason, from Propellerheads has over the years continued to make this form of device communication popular. Reason was built from the ground up to completely emulate (through virtual instruments and effects) the methods and procedures and characteristics of a control voltage based studio.

In fact, it was done so well that a daring few have even had some luck, and with certain audio interfaces, in transmitting control voltage data to actual, and real control voltage based audio devices and instruments.

While Propellerhead have never formally announced this capability within Reason, it does lead one to believe that should the demand ever arise, greater strategies for making it available to all of us, regardless of our audio interface could arise... Should Propellerhead ever decide to go down this path. 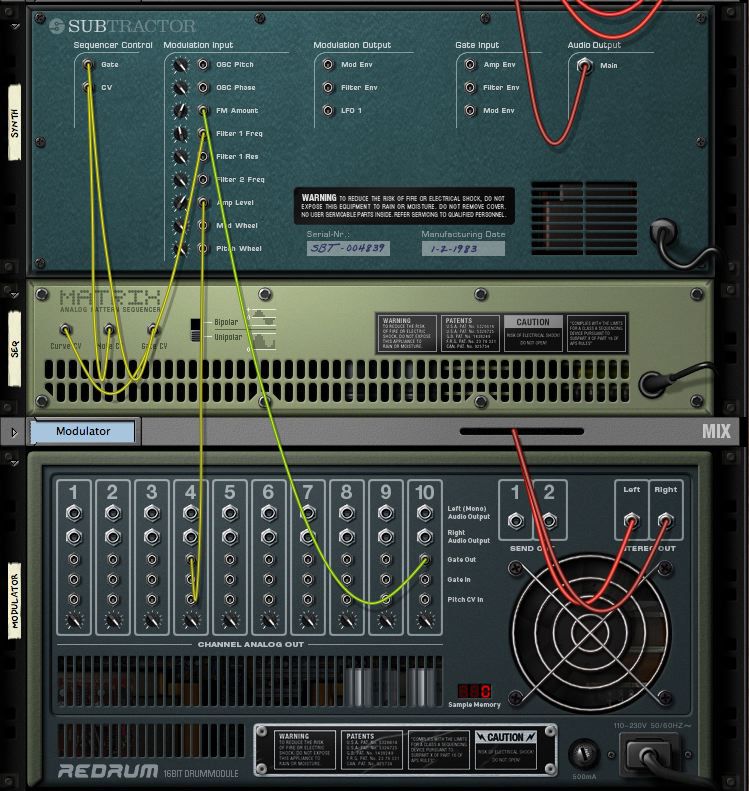 So, essentially we're living in a later version of the seventies. There's a lot of speculation, but no clear cut answers. The biggest question that I see would be: Will the home developers get a clear cut, defined protocol together that people latch on to before the major hardware developers do? It's hard to say. We live in a world now where crowd sourcing is a reality that we might have never thought of. And, when you think in those terms, and as a global community, do we even need the major companies to tell us what we want and need anymore?

Learn more about MIDI in this edu-tainment tutorial:

Bonzo
As a part Arab electronic musician I would like to see any future forms of midi come with native microtonal capabilities! It's such a hassle using pitch-shifting / pitch wheel controlling cumbersome external software to play quarter-tones. My goal is to one day have an oud (lute) controlling synths via midi with quarter tones being recognised and tracked properly. I feel that the day where i can just open up my DAW and do it natively is very far off though.