Language
In part 2 of this guide to microphones, Matt Loel T Hepworth examines the ins and outs of condenser microphones and how and what they are best suited for when recording.

The internal electronics of condenser microphones must be powered for the microphone to function. Some condenser mics can use 9 Volt batteries, but most will use phantom power provided by the mixing console, mic preamp, or audio interface to which the microphone is connected. Phantom power is a positive static voltage in the 9 to 52 Volt range that travels from the mic preamp, down the mic cable, and finally into the microphone. Usually the mic manufacturer will recommend that the phantom power source must provide a minimum voltage to operate to specification. For example, the Audio-Technica AT4033a requires +48V to function to spec. Lesser voltages will decrease the operational performance. This is one reason that many high-performance audio interfaces (like the Steinberg MR816X) have switchable phantom power on every input rather than multiple preamps sharing only one phantom power supply. Basically, when you start using multiple condenser microphones simultaneously, they'll all work better if they're not sharing the same phantom power supply.

But the increased sensitivity and smoother frequency response afforded by the internal electronics come at the cost of… well, cost. Basically, most condenser mics will cost more than dynamic microphones. Not only that, but the electronics also make condenser microphones more prone to overload. Therefore, most condenser mics have a pad switch that decreases the input signal level to prevent the electronics from being overdriven. With that in mind, you'll need to pay special attention to the maximum input SPL specification, or simply engage the pad switch whenever you're using a condenser microphone to record a loud source like drums or guitar amps. 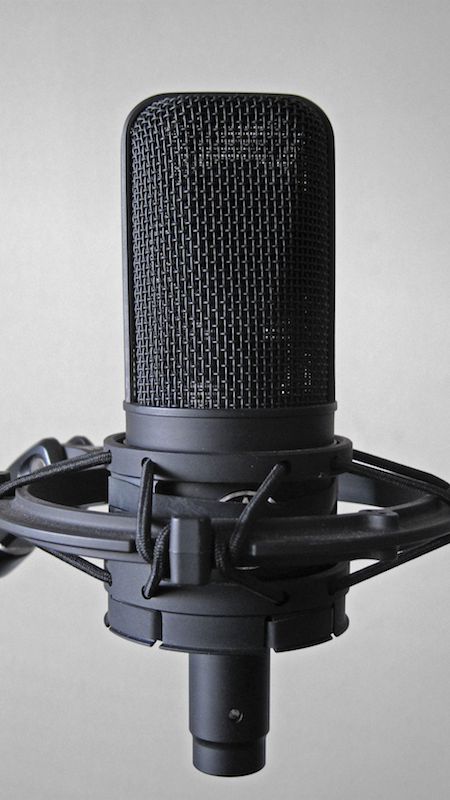 The AT4033a is another legendary microphone. First introduced in the early '90s, the AT4033 was an instant hit with recording studios. In the mid '80s, the microphone was subtly redesigned and improved as the AT4033a. Many engineers (like myself) fell in love with this microphone, not only because it was very cost-effective for a high-quality condenser mic, but it also has wonderful sonic characteristics.

Then to the dismay of many loyal users, Audio-Technica discontinued the AT4033a. AT offered many other great microphones, however none of them sounded quite like the 4033a. Under continued pressure, AT re-released the AT4033a as the AT4033/CL, which you can still purchase today. But be aware that if you buy an AT4033/CL, the mic you pull from the package will indeed be an AT4033a. (Even the silkscreen on the mic itself reads “AT4033a”.) I applaud Audio-Technica for listening to their customers' demands, for I now own eight of these wonderful microphones.

Here are the specifications of the AT4033a:

Notice the dramatic increase in sensitivity (-32 dBV) versus that of Beyerdynamic M88 dynamic microphone (-50.75 dBV). Basically, using a condenser microphone will result in a much more intimate recording that will contain nuances and subtleties that most dynamic microphones simply cannot perceive. A very interesting fact about the AT4033a is that its diaphragm measures 0.75” rather than 1”, yet it remains an extremely sensitive microphone.

Over the years, I've used the AT4033a to record many, many sources. It does a great job on all sorts of solo and ensemble instruments as well as many types of solo vocals. If you're looking for a workhorse condenser microphone with outstanding sonic characteristics, you'd be well-served by the AT4033a. 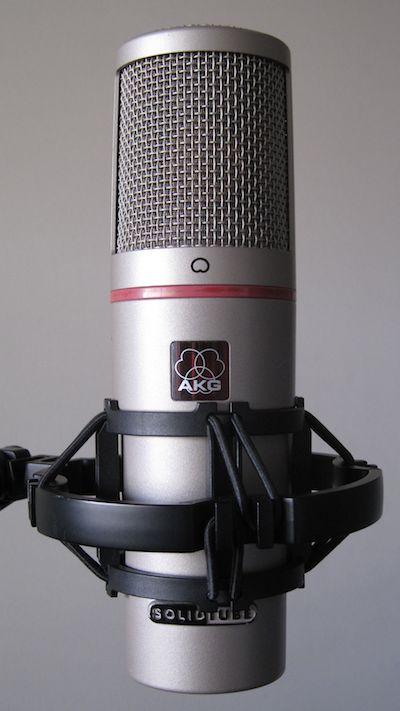 Tube microphones are similar to solid-state condenser microphones, except that their internal electronics utilize the old-world, yet highly musical vacuum tube. (Tubes are known as 'valves' in the UK and some European countries.) Tubes require higher voltages in the 300 Volt range, and therefore require some sort of external power supply. The type, quality, and age of the tube is a critical component of the microphones sonic characteristics. It's also important to remember that, because of the larger number of electronic components, tube microphones can be more susceptible to maintenance and repair.

The AKG SolidTube was introduced in 1997 and was a very popular and affordable tube microphone. Yet the sound never really hit a home run for me. But then my buddy Tom Cram who worked at Harman Music Group (the US distributer of AKG) told me that he'd modified his SolidTube by removing the internal foam screen from the capsule and replacing the stock tube with a NOS (new, old stock) tube. So I removed the foam from my SolidTube and installed a Telefunken smooth plate 12AX7 (available from www.audiotubes.com) and the results were a brighter, more open-sounding microphone. So much so that I purchased and modified another used SolidTube, and that gave me a stereo pair of tubey goodness.

Here are the specifications of the AKG SolidTube:

Notice that the sensitivity is a little lower than the AT4033a (-32 vs. -34 dBV) and that the maximum input SPL is also a bit lower. But the tube characteristics of the SolidTube is extremely pleasing, and because of the 1” diaphragm, the frequency response goes all the way down to 20 Hz.

For lead vocals, this is the first mic I grab. There are times when certain breathy female vocals are better served by the Audio-Technica AT4050 (a multi-pattern condenser mic similar to the AT4033a), but the SolidTube sounds great on practically every vocalist I've used it on. It also shines on ensemble vocals as well as solo and ensemble instrumentation. I even put one on the front head of a kick drum and it produced a rich, robust punch. So nowadays, I usually put a Beyerdynamic M88 in the kick drum, and a SolidTube on the front head. However, because of the slightly lower maximum input SPL, the -20 dB pad switch must be engaged.

I should mention that there are many tube microphones on the market today. Many of them, like the Audio-Technica AT4060 and AKG Perception 820, will provide musically pleasing tube characteristics at varying price points. As with any microphone, let your ears be the judge. Go to your local music store, do some recording, then take those recordings to your studio and do some critical listening. When you find the mic you like, go back to that music store, buy the mic, and share your results with the salesperson, for they will appreciate your empirical conclusions.

Which is the best tool: a screwdriver or pliers? Which is the best vehicle: a sedan or a bus? Which is a better guitar: a Fender Strat or a Martin HD-28? The answers to those questions, as well as 'which is the best microphone' are mostly subjective. However, it also depends on the job for which the microphone will be used. For example, even though the SM57 is a capable mic, it usually sounds fairly weak when used to record kick drum or upright bass. So while you could use pliers to drive a screw into wood, you'd be better served by the tool tailor-made for the task. For that reason, it's virtually impossible to find a mic that will sound great on absolutely everything. The trick (if there is such a thing) is to have a well-equipped microphone locker that will offer specialized tools for a wide variety of sonic tasks.

Peter Schwartz
Fantastic article, a great follow-up to your previous article on mics. Will we be seeing more? :)
Rounik
Hey Ski,

There will be more... Matt is busy scheming up ways to continue this series some more.