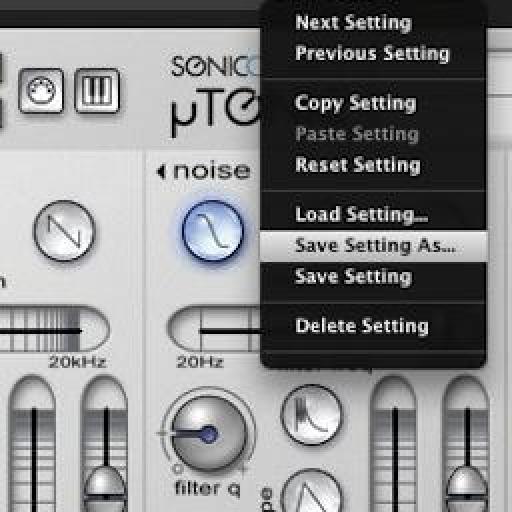 Language
Logic is an amazing application. It comes with so many plug-ins and virtual instruments. These all come with a bundle of presets. These presets can be easily accessed via Logic's Media Library. Over t

Logic is an amazing application. It comes with so many plug-ins and virtual instruments. These all come with a bundle of presets. These presets can be easily accessed via Logic's Media Library. Over time we build up a collection of 3rd party plug-ins and instruments, which we access through Logic.

The problem is dealing with 3rd plug-in presets in Logic. Most times you have to use the 3rd party's plug-ins preset menus to navigate to the presets. This can be a bit niggly at times, as you have to navigate to more than one window to get to the presets. In this article we are going to look at how to save 3rd party plug-in settings and easily access them via Logic's Media Library window.

Here is an example of the Logic Preset Library for the ES2 plug-in:? 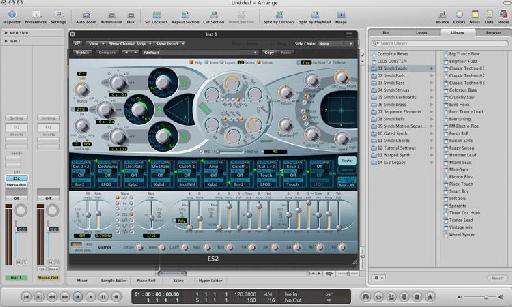 As you can see, when you instantiate a plug-in or instrument, the Media Tab in the Library section will show you the presets which have been saved on your machine. This allows for easy switching between Logic's presets. You will notice that most 3rd party plug-ins don't have any presets saved in Logic's Library when you launch them. 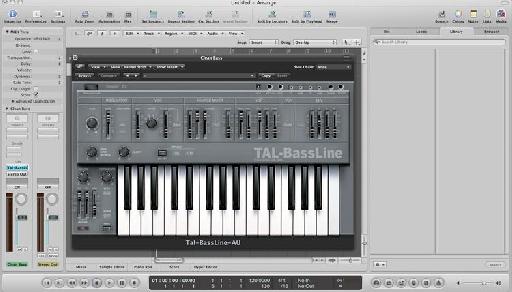 There is a workaround. It takes a bit of time to buildup a library of presets for your particular 3rd party plug-ins of choice. But once you have built up these presets in Logic, it really increases your work and creativity flow. Sometimes I find myself jumping between the presets without the need of having the plug-in windows open (which often crowd up my screen workspace).
This is how you go about Creating 3rd Party Presets in Logic: 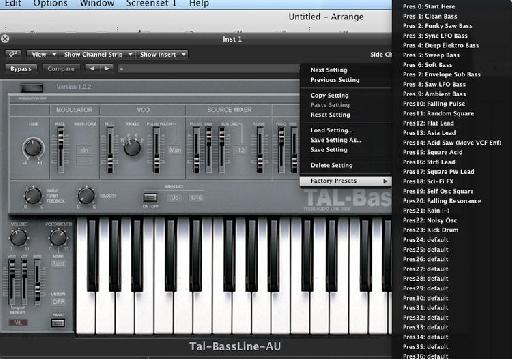 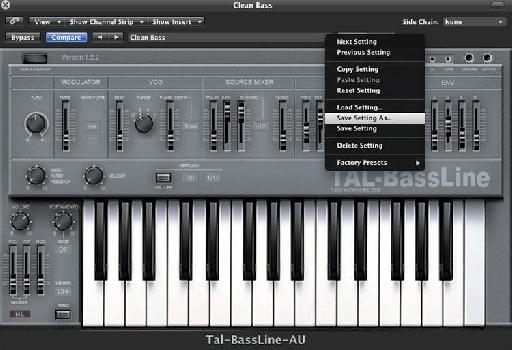 03 Where the 3rd Party Presets are Saved

Save your settings to the following destination on your Mac (Make sure to name the setting as the same name as the Plug-in's name).
Macintosh HD > *yourusername* > Library > Audio > Presets

Here we are using the TAL Bassline Instrument. The settings folder will be found in the Presets folder under the TAL-Togu Audio Line folder. Try naming the settings the same name as the presets, so things don't get too confusing. It will take some time if the respective plug-ins has many presets. But trust me, it will save you many hours later when you are in the creative process and don't want to get bogged down with searching through the plug-in's preset window.

Now when you go into Logic, click on your Media Tab, then click the Library tab and this will now show the presets you have saved for that plug-in. Now you can quickly browse through the presets without having to do multiple clicks to get to the settings. You can even use your arrow keys to browse through the settings, which makes it even faster. I like to call this Pre-Switching. Sounds good doesn't it? Maybe it will become a buzzword in the music tech jargon. 05 Don't Forget to Backup these Presets

Remember to also make a backup of your presets folder, because if an accident happens and your hard drive fails you will lose all your saved settings that you have spent hours creating. It can happen to any of us, at the most unexpected time. So be prepared, BACKUP!
Read Tobias Escher's article on how to backup up your precious Logic preset settings here.

Happy preset making, and remember to share your settings on the macProVideo Logic forum.

Want to learn Logic? You can find beginner-level through to mind-blowing advanced tricks here!

daslicht
Is ther a way to batch save all plugin presets as channel strip ?
PDXstudio
Is the new(ish) location for Logic Pro X Third-Party Presets
User/Music/Audio Music Apps/Plug-in Settings/Plugin Name (but often you have to manually create the Plugin Name folder)?