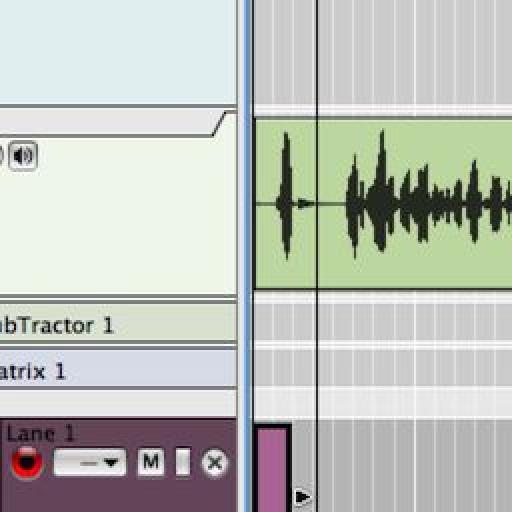 Make Your Own Sci-Fi Voice Transmissions in Reason

I've had many jobs in this life, some more interesting than others. While there are some jobs I'd like to forget, like the two months I spent as a towel boy at a health spa, there are other jobs that have been deeply gratifying to my inner fanboy. For some time, and still every now and then, I've enjoyed making the voices of actors sound like they are either in flight, in space, or in space helmets of some sort. These recorded voices have been in various video games like Star Wars: Battlefront, Star Wars: Knights of the Old Republic II: The Sith Lords, Star Wars: Battlefront II, and so on.

In certain video games, like the ones listed above, you'll notice that there are, at times, moments in the games where a message will come in from spaceship to spaceship, or from space to a hidden base, and so on. If you've ever tried doing these at home, you'll notice that it's pretty easy to get close with a bandpass filter, a little distortion and maybe a bit crusher. But, after putting the whole thing together and listening back at the recording, you probably realized that even as dirty as it sounded, there was still something missing.

Another job that I held for a short period of time, long before video games, was for the U.S. Army Signal Corps. Within this position, I was a communications specialist that specialized in setting up and operating communication equipment. As I began exploring how to create convincing space radios, I looked back to real radios, military radios, and some of the characteristics of devices such as these.

There are three main characteristics that these devices add to an audio signal:

Let's try making these in Reason...

Add your audio file of whatever you'd like to radio process into Reason. I've used a generic line that I made up. If you don't have anything, just make something up. Be a kid again!

What comes next may start to seem a little strange for routing, but if you think about the way a radio routes signal, it's very similar. Remember all sound, in the end and when it comes through a radio, comes out of a very distorted, mid-rangey, amplifier. This is usually in the form of a headset, handset, or a small built-in speaker. As a result, all sound needs to go through this type of process, but as a final stage. A good way to set this up is to go old school Reason. To bypass auto-routing, I'll hold down the Shift key and select the Scream device in the Create menu.

Then, I'll create a microMix, line mixer. I'll route the mixer's output in to the input of the Scream...

...and the Scream out to the Line Mixer's Mix Input.

Finally, the Audio Track Direct Output will be routed into Channel 1 of the Line Mixer. 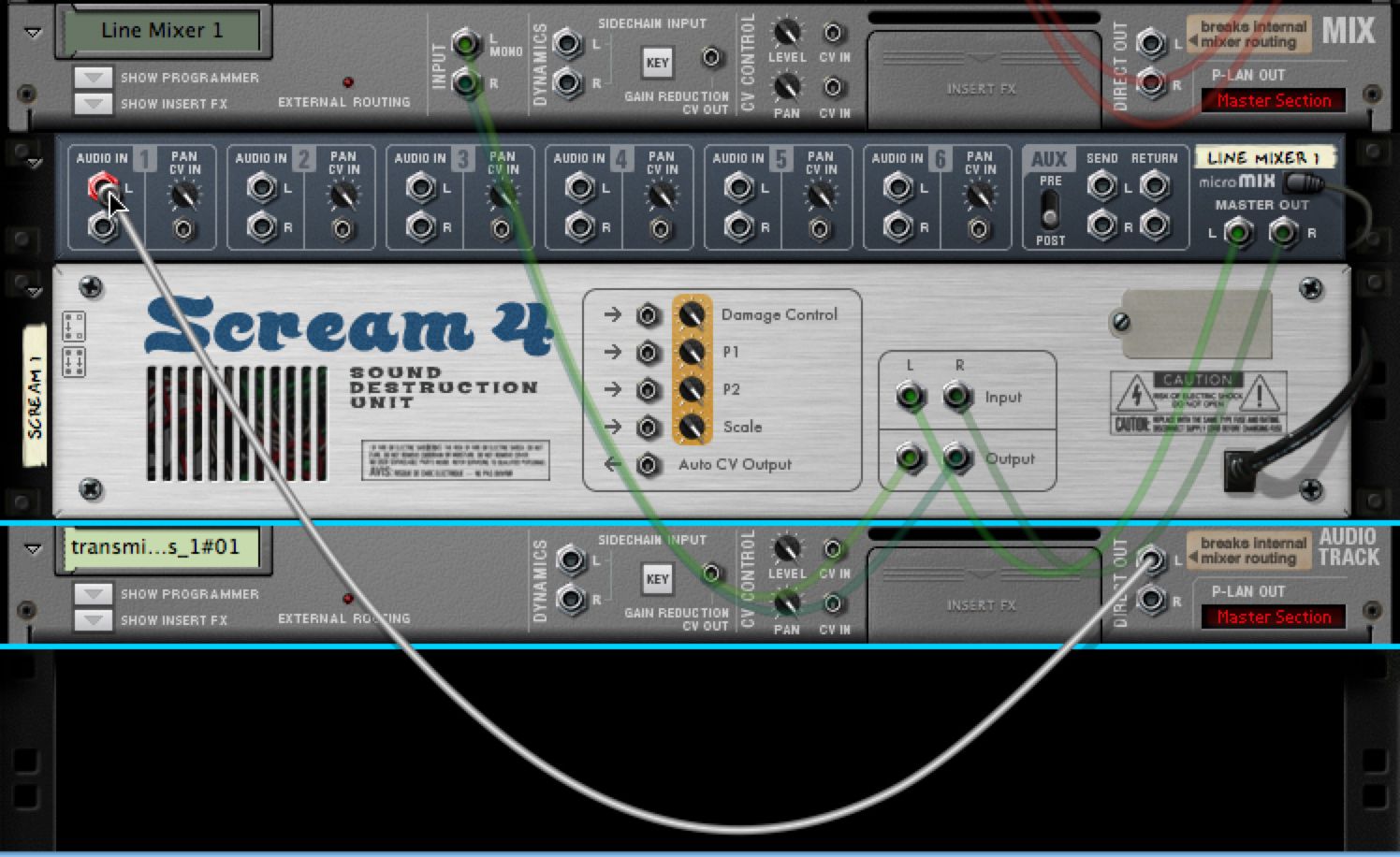 Next, reset the Scream device so that it's in its default settings... And, copy the Scream setting shown below, if you want. Or, feel free to toy around and get a sound that you prefer. The main thing is that you use the Cut portion of Scream to boost the mid range, and kill the low-end. Remember, radios are very mid-range.

So far, what we've accomplished is very similar to the signal flow of a handheld radio. There's a clean signal going into a complex device that is shooting your voice through the stratosphere, and back down again to a small, noisy device. The mixer is there so that we can blend signals and create additional noise in the background, and around the voice.

Now, we need more noise to make this convincing. Specifically background noise. I'll Shift-Create a Subtractor and create a Matrix for the Subtractor. Then, I'll route the Subtractor output to the Line Mixer... 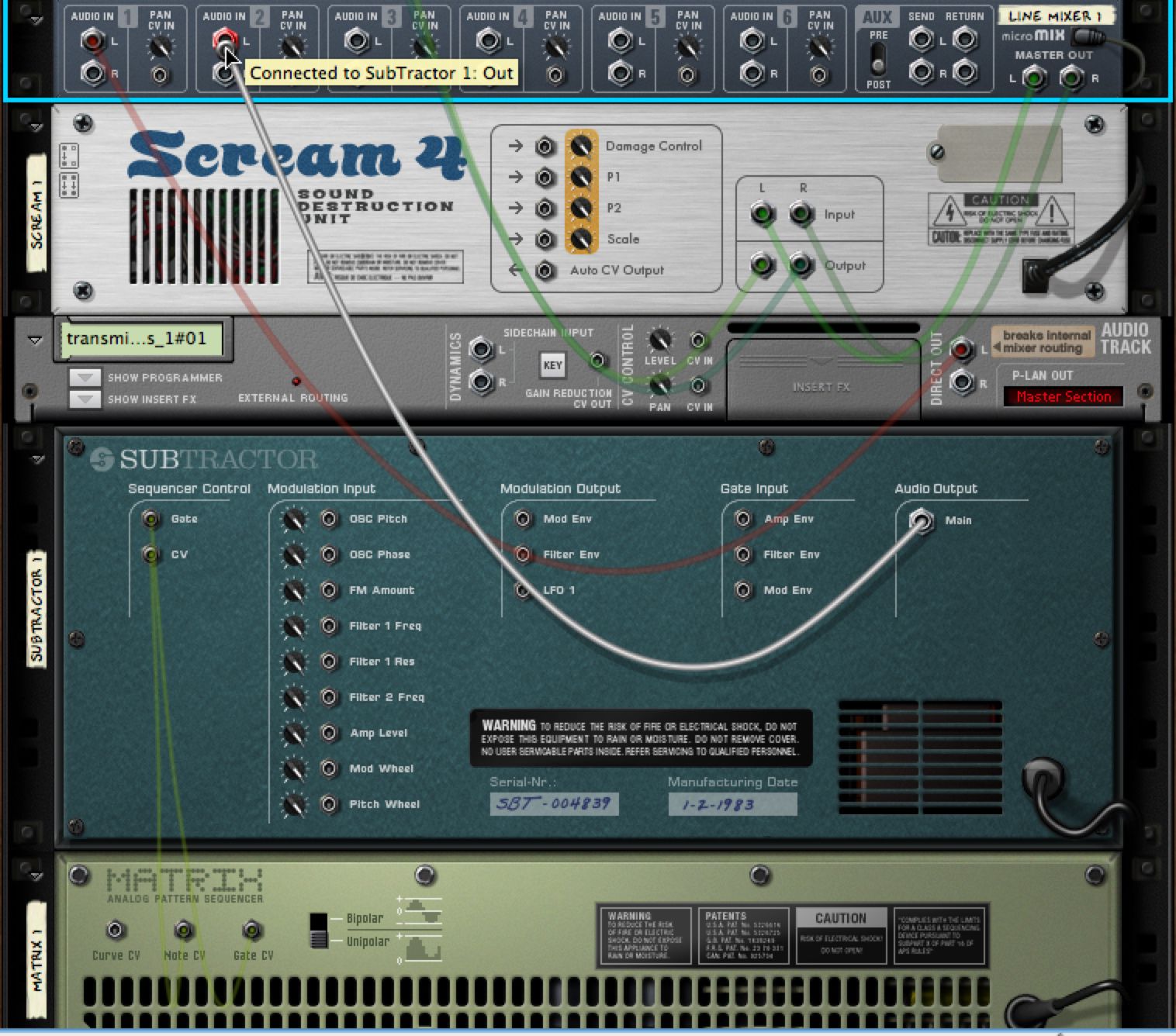 I'll use ties on each of the notes that the Matrix is playing to simply sustain a key on the Subtractor. Just leave it on the default C3, for the key...

I'll reset the Subtractor, in the same way I did with the Scream, and give it the following settings. These settings make the Subtractor a filtered white noise machine that makes a great background rumble. You'll find that if you move the Filter 1 frequency up and down, it sounds like FM Modulation, just like the old radios. Try it. To get it even better, boost the resonance up.

Now, your radio should sound very similar to this...

Here's where you can really have some fun. And, while I've supplied some methods for a decent squelch here, you can really take it as far as you like. Try this!

Shift-Create another Subtractor and route its output to the line mixer. This will be our squelch in. 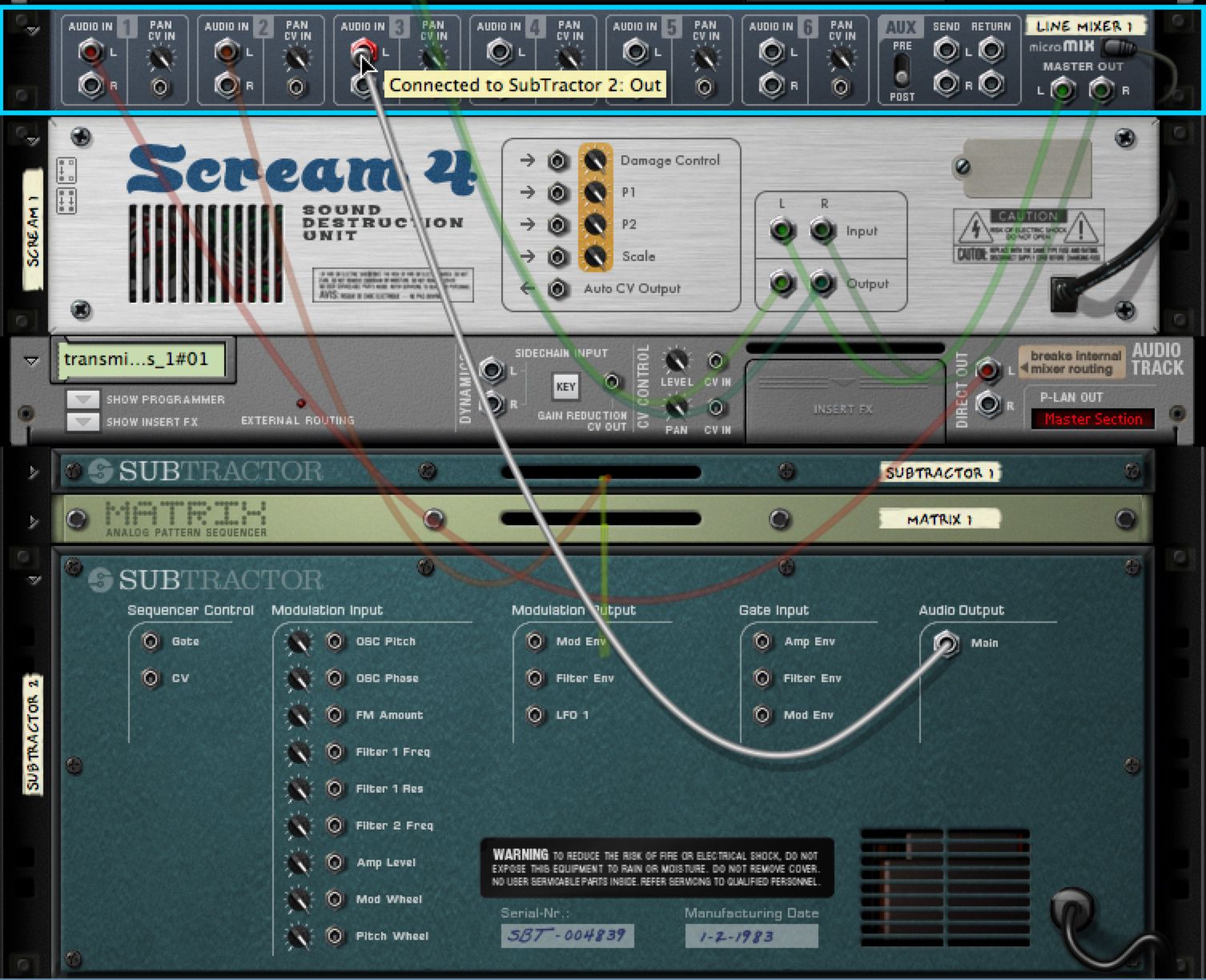 Then Shift-Create another Subtractor and route it to the line mixer. This will be our Squelch out... Here, we'll need sequencing. Have Squelch In play a note at C3, for a couple of bars, right before the audio file. Then, have Squelch Out do a slightly longer burst at C3 as well, but at the end of the audio file. It should look similar to this... Finally, copy these settings for your Squelch In and Squelch Out Subtractors. These aren't difficult patches. All that you're having them do is emit additional, filtered bursts of highly resonant white noise. The Squelch In has much more resonance, because you want a bit of a beep, to emulate encryption. The second, more noise burst is meant to emulate the signal breaking when the handset is 'un-keyed'. To add more of a space age theme in the background, add in some beeps with a few other Subtractors.

Not bad! There's a lot of ways to have fun with this, and can be so helpful if you're making your own video games, or videos. Try it out!