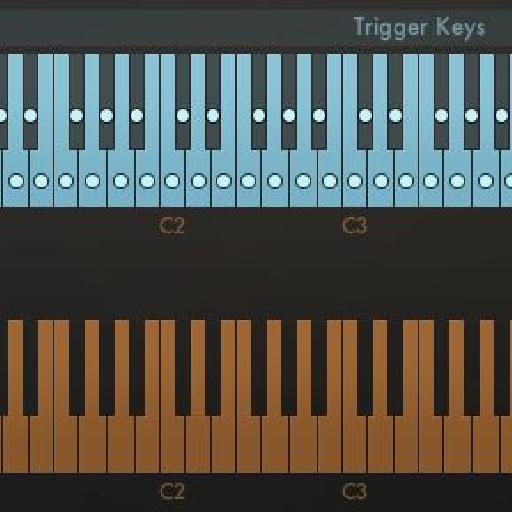 Language
If you want to play impossible (or just tricky) patterns and chords on your keyboard, Logic Pro X's Chord Trigger is the MIDI FX plug-in of your dreams. G. W. Childs tests it out.

MIDI FX plug-ins are a wonderful new addition to Logic Pro X. But, even if you're not a keyboardist, don't ignore these features. Just because the ivories may not be your first for music creation, it doesn't mean you can't fake your way through it. As a matter of fact, this is where MIDI plug-ins can really become your best friend. By using new MIDI plug-ins like the Arpeggiator and so on, you can really fool everyone, even the pros.

One MIDI Plug-in that I think will help nicely in this would be the Chord Trigger plug-in. (You might recognize this as the Chord memorizer object found in Logic Pro 9's Environment.) And, in this quick tutorial, I'd like to point out a few ways in which this plug-in can really help you advance.

For this quick demonstration, go ahead and set up Chord Trigger with the Retro Synth, another new addition to Logic Pro X. To add Chord Trigger, simply click on the MIDI FX box in the Inspector channel strip of a newly created Software Instrument track. 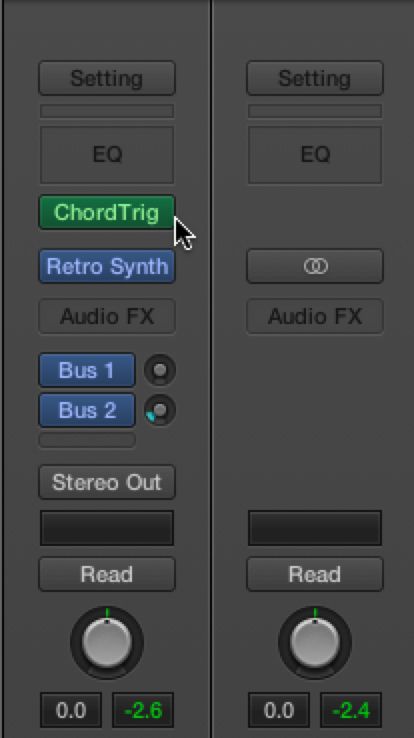 Once selected, the Chord Trigger interface will appear, featuring two keyboards. The top keyboard for Input, the keys that you're physically pressing on your controller. And, the other represents Output, which is the keyboard indicator that shows you what keys will be played when you strike a note. For example: When you strike a key, the blue keys will show the keys you are currently pressing. The orange keys will show the chord which is being played, based on the key you are currently striking. 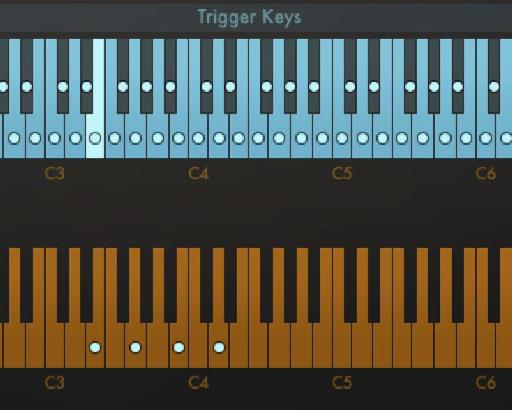 An overview of the Chord Trigger's keyboard interface.

It's easy to program a chord into Chord Trigger. Let's try programming a chord, now. Press the Clear button. This will clear all chord data out of Chord Trigger. 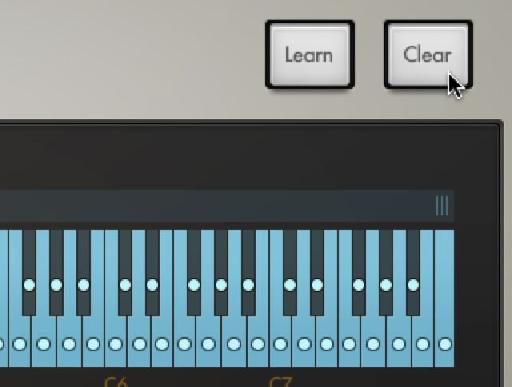 Before programming your own chord clear the existing settings.

Now, when you press a key, nothing will be heard. This is because we just wiped all the chord info! So, let's add a chord to work with. Press the Learn button. 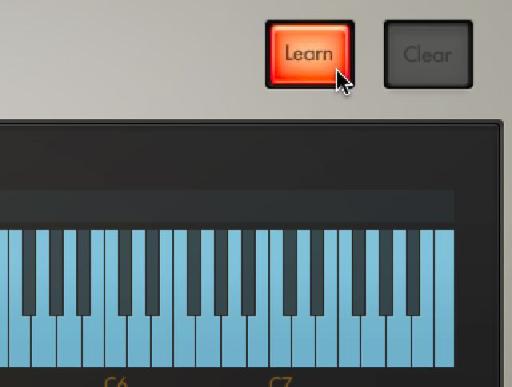 Once the Learn button is pressed, simply play a chord that you'd like to be assigned to each key. For example: Play the C3 key, the E3 key and the G3 key to add a basic chord to Chord Trigger while the learn button is pressed, and lit up red. Once pressed, keys going across the input keyboard will be covered with small dots. These dots signify that this key has been programmed with a chord.

You may not want every key mapped to a chord. Thankfully, Apple thought of this. Using the Handle Bars on either side of the Trigger Keys label, drag either the far left handle, or far right handle, in a direction.

Exclusing keys to be mapped is a click and drag away.

Moving these handle bars will allow you to make regions on your keyboard that are not programmed with chords. This makes it easy for you to use your right (or left) hand to play lead parts and play the Chord Trigger keys with your other hand. This means that the left hand only need to play single notes to trigger chords! Not bad, right?

I went to the environment and looked for some object with the data to route somewhere. But alas no luck. Either it's impossible to do or I'm not getting the method on my own.