Language
Logic Pro X 10.1 has a new button for selecting track-based or region-based automation. But which one should you be using and why? Darren Burgos tells you the way it is and shares tips along the way.

In this article, we'll look at Logic 10.1's new “golden button” for selecting either Track or Region based automation, and why you should use either one. Although this is a new way to access these options, this is not actually new… the ability to embed automation into your regions has existed in Logic for years, but was somewhat hidden—and definitely underused by most. It's not surprising that this button is now prominently displayed on all your tracks. Apple understands that automation is no longer strictly a “mixing” thing. In today's EDM productions, it's commonplace to use automation creatively while producing, composing and designing sounds. So what is the difference between these two types, and how do you utilize them in your songs? Read on, I'll describe them both, and show a few new 10.1 automation features along the way.

Open an existing song, and press the letter A to toggle the automation view. You'll notice a new gold colored button on all of your tracks. When you click the button, it toggles the view between the familiar track-based automation and the lesser-known region-based options. Track automation is the default, and can be thought of like a transparency; like a layer sitting above the regions below it. This default mode is great for mixing and mastering since it allows you to take control over everything on the track as a whole. You can either draw in automation, or record it by choosing either Touch or Latch mode, or by using key command Control-Command-A. 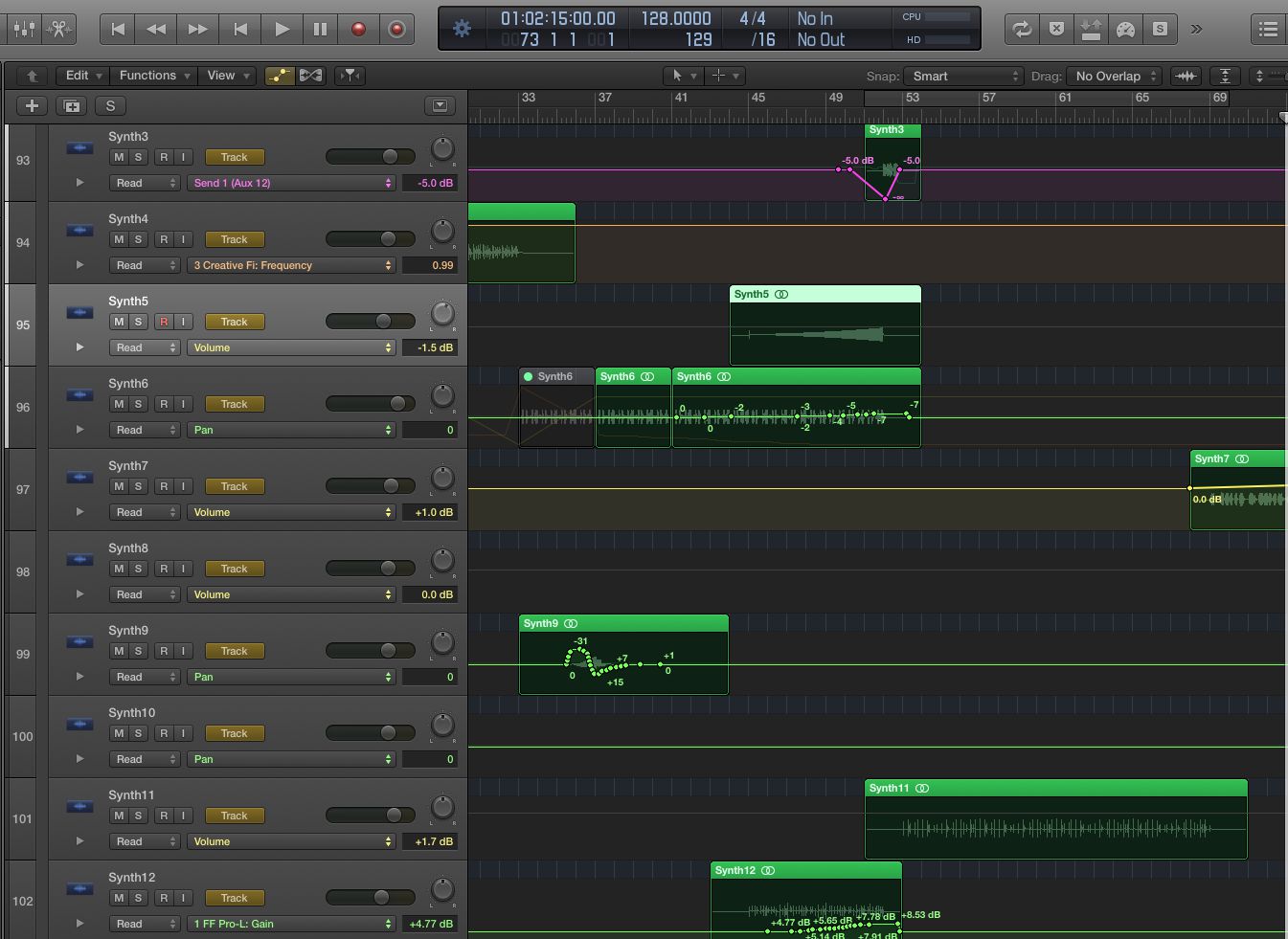 Below and to the left of the new 10.1 Track/Region Automation select button, is the Automation mode button (where Touch and Latch mode are selected). There are two new 10.1 features here. Say you've written some pretty extensive volume automation over a track in your song, but you've realized you may have overdone it at certain points. In addition to choosing either Touch or Latch from the automation modes menu, you can also check off “Trim” or “Relative.” Now you can play the track and make live adjustments that raise or lower the overall value without losing your original peaks and valleys. It's like automation for automation! When Trim is chosen it directly adjusts the existing data, and when Relative is chosen a new layer/automation lane is added that can be directly adjusted itself. 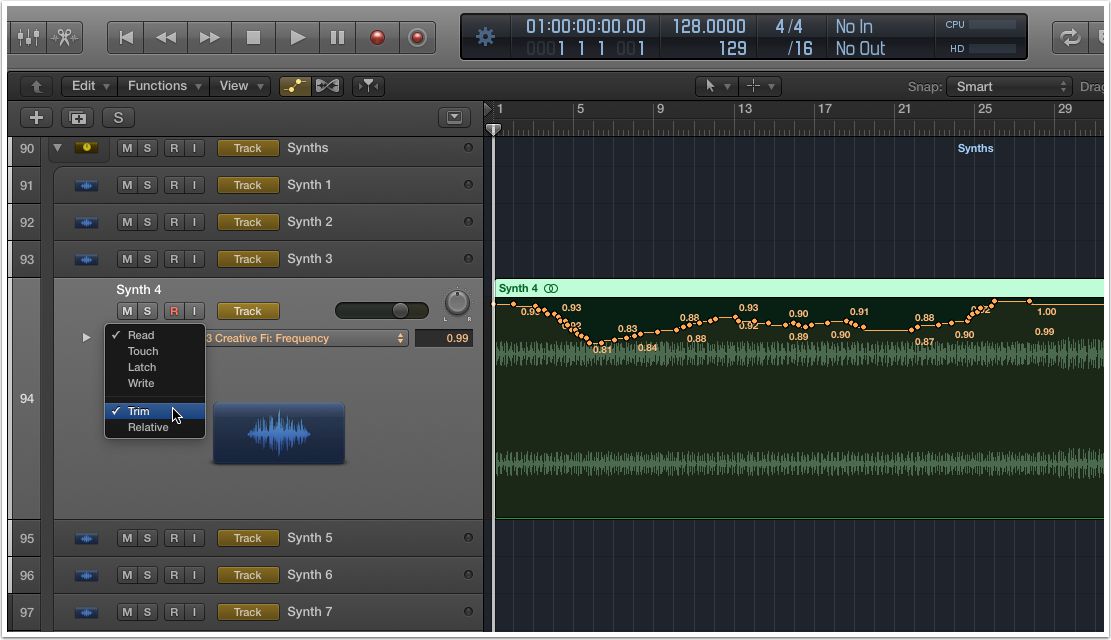 Click the gold selection button so it reads “Region” now. Wether you're creating movement by adjusting a synth's parameters, alternating the speed of an LFO, or adding width by panning a sound rhythmically, region-based automation is the way to go for this. Unlike track-based automation, the data is within the region itself. This allows for easy looping, moving and re-arrangement of your regions without worrying wether the automation has come with it. When you loop the region, the automation loops with it. 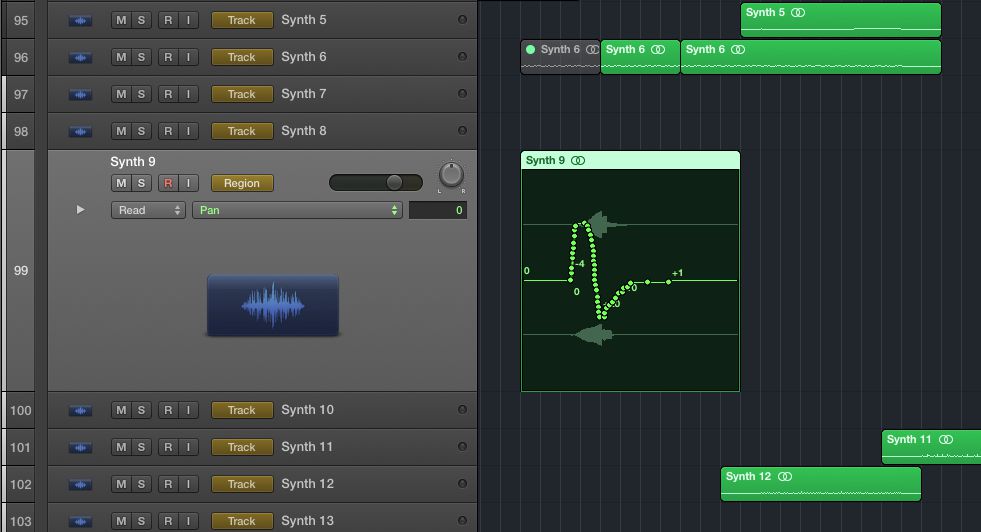 Ever created a cool sounding automation shape and wished you could just loop it (as you loop the region)? With track-based automation this is possible by copy/pasting the automation, but the process to do this can put a halt on your creative flow. This is where region-based automation shines. Try this simple and fun little trick. Go to a looping region in one of your songs and set a cycle around it that includes several of the loops themselves in addition to the original region. Click the track/region selection button to change it to Region automation. Start playback first, then begin to automate various parameters. In my example image, I automated an AutoFilter's Cutoff and Resonance. Watch what happens when you do this… the automation is only recorded when the timeline crosses over the original region and ignores all other movements over the loops. The automation is “embedded” into the original region and is looped right along with the region itself. 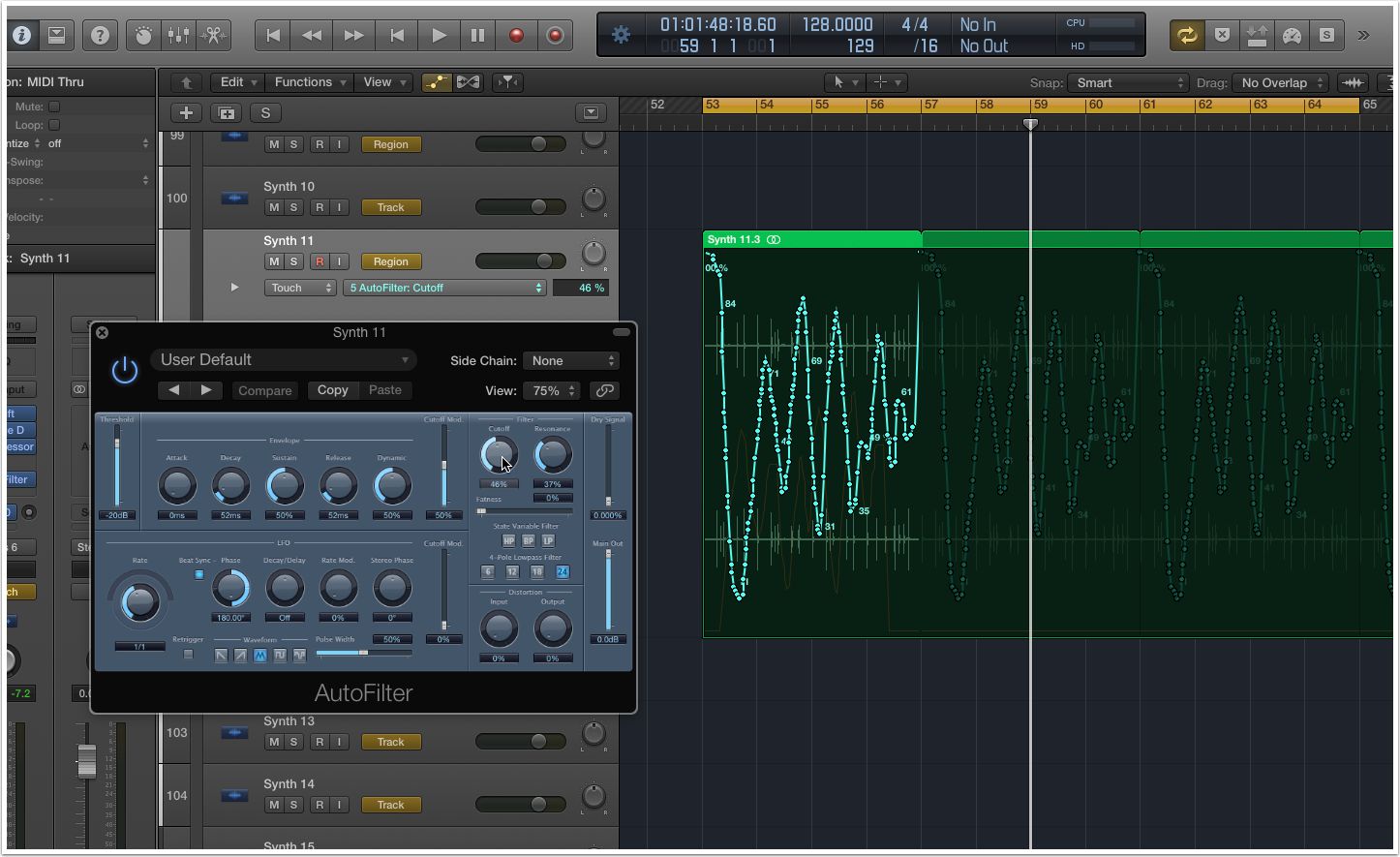 It's easy now to “mute” individual automation parameters. There's a power button next to each selected automation parameter (when data exists on it). When using track-based automation, you have options on how data is handled. From the “Move Track Automation with Regions” menu (under the Mix menu), you can choose wether Logic will always “Ask” you if you'd like to move the data, always move it, or never at all. Learn more about Logic Pro X with these video courses at macProVideo:
https://www.macprovideo.com/tutorials/logic-application

DTTrax
Thanks for this concise and highly informative article! I have been messing with the Region-based automation with some success, but was not fully clear on the simultaneous use of Region and Track-based automation. I'm really happy to read you've confirmed that Region-based automation has priority over Track-based where the two co-exist on one track.
Darren Burgos
Thanks DTTrax ...I'm glad you like the artice! Read Peter Schwartz comment below. There's options (which is always a good thing).
Peter Schwartz
Great article Darren. FWIW, there's actually a preference for determining which form of automation takes precedence over the other. But it makes the most sense IMO for it to be set for region-based auto to have priority.

Darren Burgos
Thanks Peter! :). Yes, very cool, under project settings: general you have the option to check "Region Automation Takes Priority Over Track Autmation." This is the default when you open a new empty project, but you CAN un-check this is you need to ...cool! :) Thanks for that add-on tip!