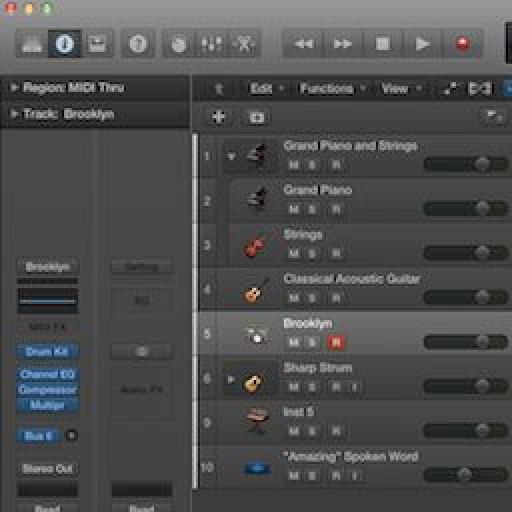 Language
Whenever your favorite piece of software receives a major update, it's usually the changes to the user interface that will at first delight or annoy you. Take a look at what's new in Logic Pro X.

Whenever your favorite piece of software receives a major update, it's usually the changes to the user interface that will at first delight and then sometimes annoy you, often in equal measure. In Logic Pro's case the user interface has remained essentially unaltered for nearly six years, so what's new in version X (apart from the great new color scheme that is)?

Where that thing we used to call the Toolbar was in Logic Pro 9, we now find the Control Bar, containing the transport, Playhead position display, and various View Option buttons, one of which reveals...yes...the Toolbar - in a strip below the Control Bar. An excellent clarification based on functionality.

Tip 1: Control-Option-Command-T is the default key command to open and close the Toolbar.

Tip 2: Both Control Bar and Toolbar are still customizable by Control-clicking on their respective backgrounds. 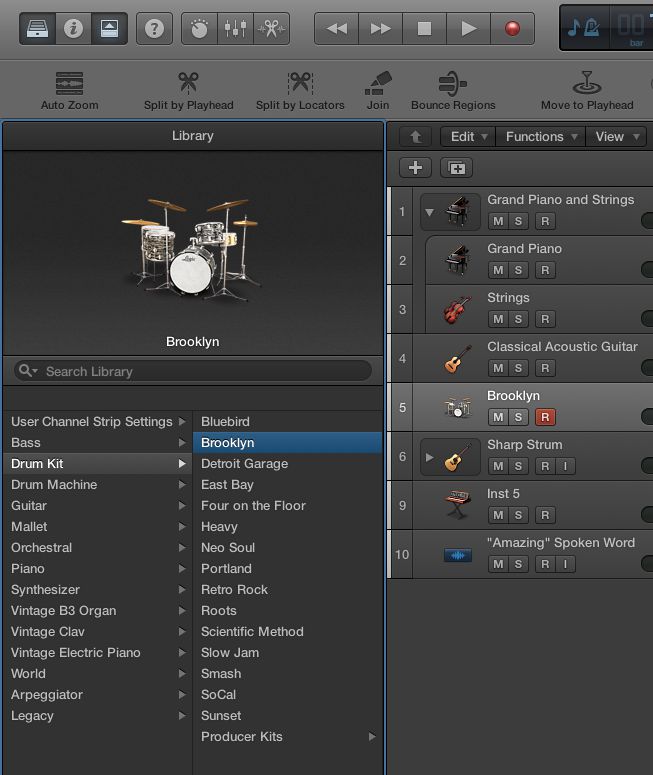 Choices of Instrument Patch or Channel Strip Setting feed (or populate) the tracks so it makes perfect sense to move the Library over to the far left of the user interface, so that it ends up next to the track list (default key command to open the Library is Y). The library updates to show the library choice in the currently selected track. 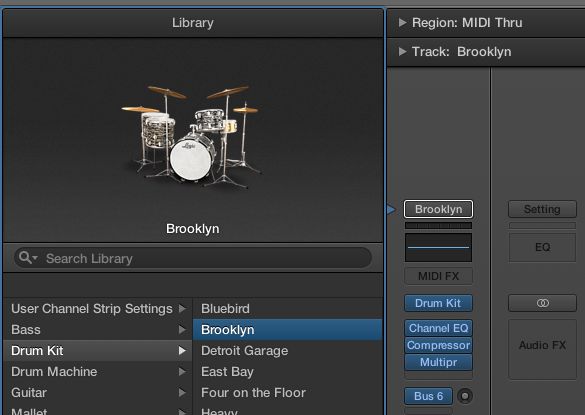 Due to the new placement of the Library, the Inspector now appears between the Library and the track list. Again this makes perfect sense, and the Channel Strip Settings can now be more clearly signposted in the Inspector.

If you insert an instrument plug-in in an Instrument channel (as opposed to choosing a Channel Strip Setting from the Library), the presets are shown in the Library for that Instrument, and this link is again clearly signposted. 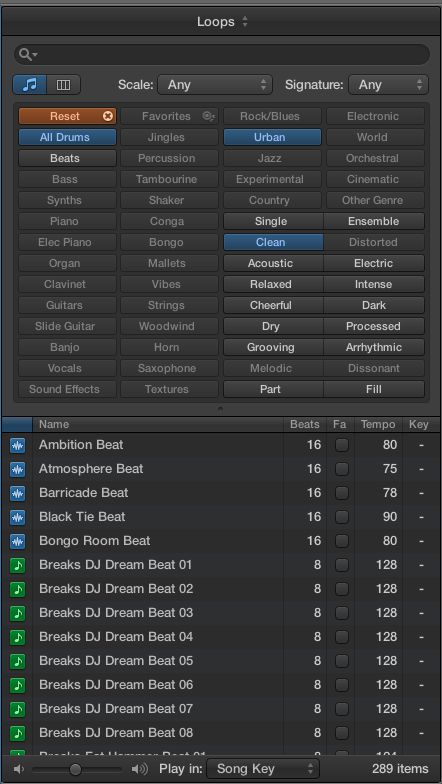 The Media/List area is still at the right of the user interface and the all-important Loop Browser is still found here (key command O). This time, it makes sense to leave it on the right, as loops are dragged into the workspace area. 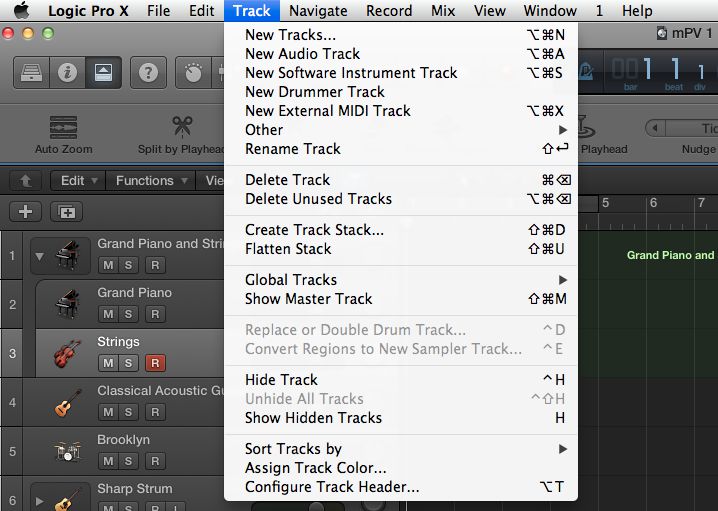 The 'Local Menu' concept remains – which is great as Logic Pro X has far too many menu-driven commands to sensibly organize them into the Application menus. The Application menus have been reorganized however, and are now titled and have their contents grouped according to action. The order of the menus also reflects the order in which you might proceed with the project.

While power-users will not be worried that Logic Pro X is the 'GarageBand Pro' that many feared, the Preferences dialog offers the option to turn off a wide range of advanced features, which will make the interface and number of options available far less bewildering for those who are not already familiar with the massive power of the application. Take a look at the difference that turning off 'Show Advanced Tools' in Preferences > Advanced makes to the Window menu for example: 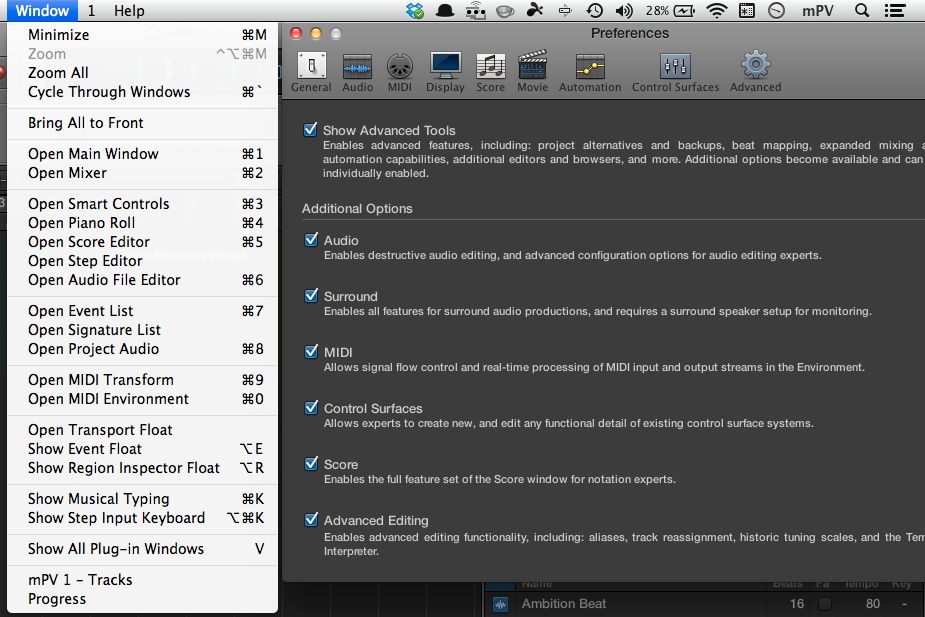 Unticking the Audio box in Preferences > Advanced removes the ability to make destructive edits in the Audio editor:

It's great to know then that these can be simply turned back on when you are comfortable with basic operation, and ready to access advanced tools!